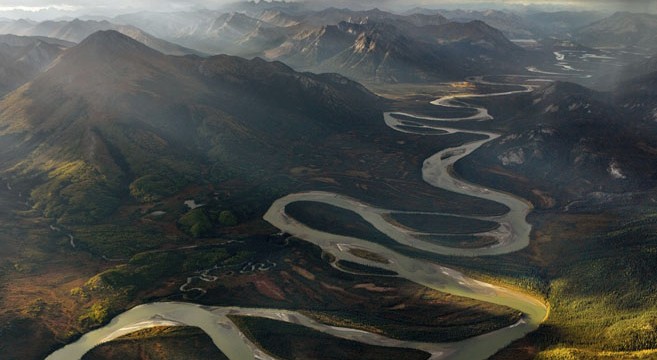 Eckhart Tolle is a very important spiritual guide for countless people around the world, and one can only imagine how many thousands of letters he must receive.  With a mailbox as full as his, it’s impressive to know he and his team make every effort to read as many of them as humanly possible.  What’s even more interesting is when Tolle personally selects someone’s letter as an example to highlight for the rest of the world.  Earlier today Eckhart did just that when he posted a letter written by a man named Gregory, a self-described world traveller and spiritual explorer.  In his letter, Gregory explains how his brush with the darkest “abyss” moment of his life led to a personal awakening which was a lifetime in-the-making.  This is Gregory’s letter:

☛  Eckhart Tolle refers to it as The Way of the Cross.  As he succinctly explains: “There are many accounts of people who say they have found God through their deep suffering, and there is the Christian expression ‘the way of the cross,’ which I suppose points to the same thing.  We are concerned with nothing else here.  Strictly speaking, they did not find God through their suffering because suffering implies resistance.  They found God through surrender, through total acceptance of what is, into which they were forced by their intense suffering.  They must have realized, on some level, that their pain was self-created.”

So yeah, I did that. It happened to me. I was dragged into the kingdom of heaven kicking and screaming.

I spent the majority of 50 years searching for truth.  I travelled overland to the Himalayas when I was 21.  I lived in Vedic ashrams for ten years, studying and performing.  Being disillusioned by that path, I left and spent many years meditating in the California mountains.  I also became involved in new age philosophies and even shamanism. I eventually became deluded.  What I kept was my intimate connection with Mother Nature.

In 2001 I bought Eckhart Tolle’s The Power of Now.  I got through the first chapter, and it was so powerful for me at the time, I couldn’t read any further.  I was obviously too attached to identifying with my mind.  So it sat on my bookshelf for two years before picking it up again.  Little did I know that it stirred up something very powerful within me.

Towards the end of 2003, my entire life collapsed before me.  My long time girlfriend left me for another man, my business collapsed, my health collapsed and every aspect of my life fell apart.  I felt like I was dragged over the rocks to a precipice and then thrown over into the abyss.  As I hopelessly grabbed for straws on the way down, I found myself in total darkness.  I was left with myself and there was no escaping it.  I became angry, resentful, hateful, bitter, depressed, practically suicidal.  I was a real mess.  I had no one to turn to.  I hated God and I told him so in not so kind words.  That was good.  I was becoming honest.  I hated the world.  I hated myself.

I came to a point of brutal honesty.  Although I spent many years engaged in a “spiritual” life, learning to love God, chanting mantras, studying ancient texts, performing rituals and austerities, meditating, etc., the love was very superficial.  Deep down inside, I actually hated God.  I was very angry at him.  I felt he destroyed my life, giving me one suffering after another.  That was a brutal, stark honesty.  I threw away everything spiritual in my house.  I screamed out to him how much I hated him.  I also saw that I hated the world, and I also hated myself.

After four months of this intense suffering, a very grave and powerful voice said to me, “Just surrender to the suffering.” I realized that I was trying to avoid the suffering I was going through, so I made the choice to surrender to the Now, to whatever I was feeling.  I had no idea of the consequences, but I did it.

Two weeks later I woke up on the morning of January 1, 2004 to not only a new year, but a new life.  All the suffering was gone.  I was immersed in total peace.  I woke up from a deep sleep.  And I mean I really woke up.  It was a different world, a different me.  It was over, all the pain and suffering.  The world and life itself took on a beauty that I had never known. I spent several days experiencing wave after wave of revelations.  A doorway had opened. A new life had begun.

I realized that everything I ever experienced in life was all perfect.  I had to experience all of that to awaken. Somehow my soul needed to experience all of that. Every event, situation, relationship, everywhere I traveled, every conversation, every thought, action and feeling; everything was absolutely necessary before I could awaken.  And I saw that none of the knowledge, yoga, chanting, devotion or any other “spiritual” activity had anything to do with my awakening . I just had to experience it all. I awakened by Grace alone, and I awakened at the very moment that I was destined.  I could not have awakened one moment sooner or one moment later.

I had so many more revelations that are too numerous to mention.  Two weeks after my awakening, the same grave, profound voice spoke to me again.  He said, “Now pick up The Power of Now and read it.”  I immediately went to the bookshelf and picked it up.  As I began reading it, I became astonished.  Eckhart was explaining in such a sublime way what had happened to me.  I read that book several times, bought the audio copy and several lectures.  They act on me as a constant reminder.  I went kicking and screaming, presuming I was suffering from some terrible karma, believing God had forsaken me.  Little did I know that it was a great blessing.

So the abyss is part of our journey, an opportunity for us to open the door, to awaken to our true nature, the Self.  From the dark night of the soul is born a new dawn.  So what seems as a great punishment, can actually be a great gift. We are never forsaken. ☝

For more great teachings from the world of Eckhart Tolle be sure to visit EckhartTolle.com, EckhartTolleTV.com, and follow him on Facebook and Twitter.  To purchase your own copy of his masterpiece The Power Of Now you can CLICK HERE.  And to purchase your own copy of Tolle’s remarkable follow-up A New Earth: Awakening To Your Life’s Purpose CLICK HERE.  And for more stories such as this you can visit Spirituality on FEELguide.

SEE ALSO: My Spiritual Mac Daddy, Eckhart Tolle, Reminds Us Once Again Of The Only Thing We Need To Know
SEE ALSO: Einstein: Happiness As An End Goal Is For “Swines”, Focus Instead On Truth, Goodness & Beauty
SEE ALSO: Charlie Rose Week On FEELguide: The Dalai Lama Interview On Science, Spirituality, Ego, And Happiness
SEE ALSO: Eckhart Tolle On Christmas, Consciousness, The “Christ Within”, And The One Absolute Truth
SEE ALSO: 75 Years In The Making: Harvard Just Released Its Epic Study On What Men Need To Live A Happy Life

Previous post:
LINKguide (February 11, 2014) Next Post:
TED™ Kicks Off Its 30th Anniversary In Their New State-Of-The-Art Home In Vancouver On March 17th