The Incredible Story Of How Disco Changed Music, Civil Rights, And Freedom Forever, And Continues To Live On

The Guardian recently published a brilliant piece on the history of disco and its explicit connection to the evolution of not only music, but civil rights.  Last October, Andy Warhol‘s infamous Studio 54 nightclub/mythology reopened its doors for their One Night Only reopening, and among the attendees that may or may not have missed your non-attendance were: Naomi Campbell, Cameron Diaz, Donald Trump (a former regular of Warhol’s legendary club), and many more.  The following is a brief excerpt from their brilliant story:

…Early clubs such as David Mancuso’s Loft and Nicky Siano’s Gallery, now whispered about in reverential tones by true discophiles, were always so much more than the sum of their parts. Springing up in the wake of the 1969 Stonewall riots (you could argue that the birth of disco pivoted around the repeal of the New York bylaw criminalising two or more men dancing together), although these clubs’ raison d’être was getting high, getting funky and getting loose, it’s clear in retrospect they played as crucial a part as any gay lib rally or protest group. Proto-disco anthems such as MFSB’s “Love is the Message” said it all. Detractors might have viewed its simplistic lyrics about love and togetherness as trite, but in truth they were acutely to the point – feel the love and let the music set you free. This wasn’t a place where difference was just tolerated, it was actively celebrated. And for the first time.

Of course with music this warmly embracing and downright irresistible it’s no surprise it didn’t take long for the mainstream to want in. Once disco’s doors were blown wide open, it soon became the broadest of all possible churches. Everyone wanted to join the party. German synth-meister Giorgio Moroder’s seminal recordings with Donna Summer rode on the back of the increasing sexual permissiveness of the decade. Their breakthrough hit “Love to Love You Baby” – 16 minutes-plus of a-moaning and groaning to a lushly pulsating backbeat that for the first time in pop history made sex sound, well, sexy – foregrounded disco’s facility to put female sexual desire square centre of its open-house policy.

Disco’s globe-conquering presence by the late 70s even meant the world’s first openly, make that brazenly and fabulously, gay pop star –the late great Sylvester – could graduate out of San Francisco’s drag ghettos and chart a private jet to the most exclusive stages of the world. Mighty real, indeed. The message of love had spread out of New York’s underground clubs and everyone from Abigail in Romford with a glass of Blue Nun in one hand and a Donna Summer 12-inch in the other to a little gay boy growing up in Devon dancing to Diana Ross was bathing in the refracted glitterball glow. Even as the songs sold in their millions, the original core message was always there: disco’s pansexual spiritual call to arms of unity (“We Are Family”), empowerment (“I Will Survive”) and sheer sexual liberation (“I Feel Love”).

You can read the entire feature by visiting The Guardian.  I’m not sure if these lucky freaksters had any idea just how much of an impact they were making at the time with their celebratory (and partially debaucherous) new music/lifestyle, but one thing’s for sure: our world is better for it.  Anyone who discounts the significance of disco’s contribution to where we’ve arrived in 2012 is deserving of a swift kick in the polyester butt care of my silver platform heel.  To learn more about the history of disco CLICK HERE, and to learn more about Studio 54 CLICK HERE. 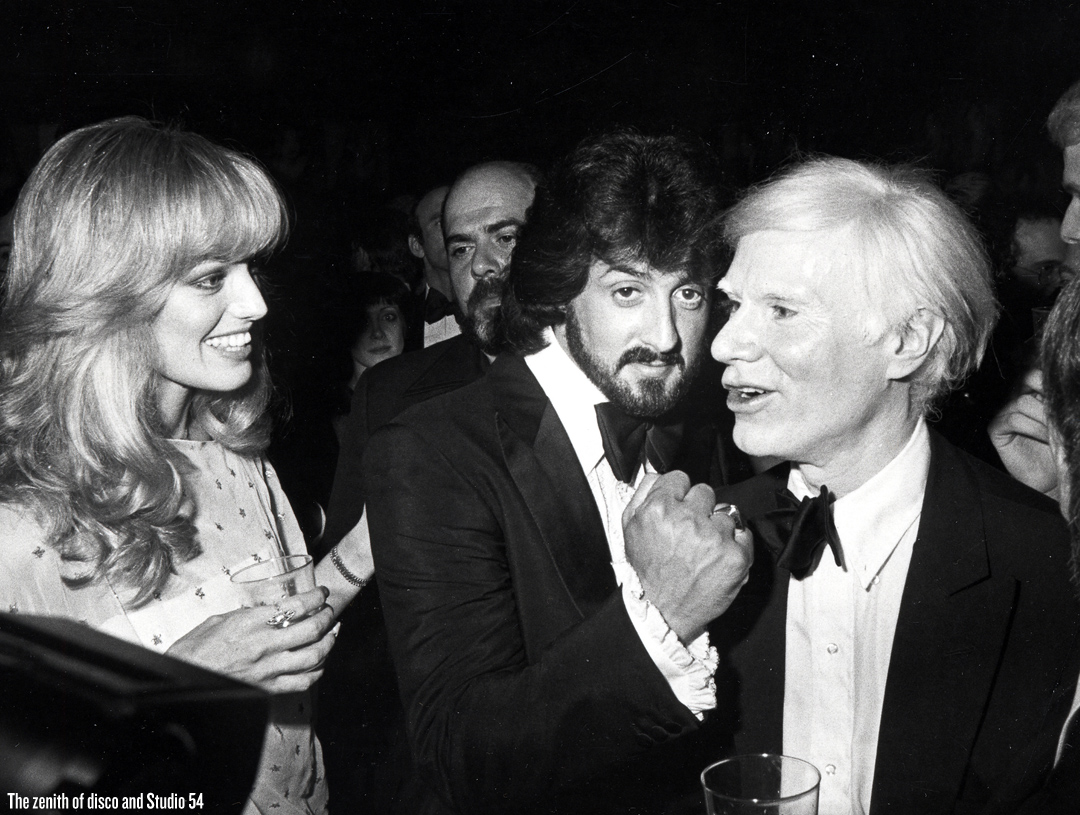