Ed Ogosta is the principal of Edward Ogosta Architecture, and the brains behind this four-eyed architectural masterpiece.  Built in the desert of the Coachella Valley (see Google Maps) east of Los Angeles (and home of the Coachella Valley Music Festival), this 3,800 sq.ft. weekend retreat for a family and their dog is known as the “Four Eyes House”, and is a fascinating exercise in site-specific experiential programming.

“Rather than designing a home around a standard domestic functional program, the building was designed foremost as an instrument for intensifying a number of onsite phenomenal events.”

Ogosta elaborated further to the team at HomeDSGN: “Four ‘sleeping towers’ are oriented towards four spatiotemporal viewing experiences: morning sunrise to the east, mountain range to the south, evening city lights to the west, and nighttime stars overhead.  Each tower contains a compact top-floor bedroom, sized only for the bed, and each with a unique aperture directed towards the view. These bedrooms are equally-sized and unassigned, such that the family’s sleeping locations can be rotated based on each individual’s desired viewing experience. Vertical circulation within the towers is similarly particularized (e.g. ladders, spiral stair, switchback stair, or shallow-riser stair).  Ground-floor common spaces form a loose connective field between the discrete tower volumes, and offer a more permeable relationship to the landscape.  The sensations of sleeping and waking are thus inflected by the building’s foregrounding of intensified onsite experiential events.  By sleeping in a room elevated off the ground and open to the stars, one might inhabit a deep pocket of silence for a few moments, and perhaps even perceive the movement of the Earth, as it slowly rotates beneath the stars.”

You can learn more about the work of Ed Ogosta by visiting his website at EdwardOgosta.com.  If you’re lucky enough to know the anonymous owners of this home, perhaps they will let you and your friends crash in one of those four sleeping towers when you visit the Coachella Valley Music Festival this year from April 13-22.  That is, unless the 4 giants of Radiohead haven’t already rented out “Four Eyes” as their private digs for the week.

SEE ALSO: The Post-Apocalyptic Wonderland Of Salton Sea, California
SEE ALSO: The Incredible “Villa 4.0″ In The Netherlands Is Blowing My Sustainable Mind
SEE ALSO: The Best Video On YouTube? Check Out Radiohead’s Hour-Long “From The Basement” Performance Of “In Rainbows” 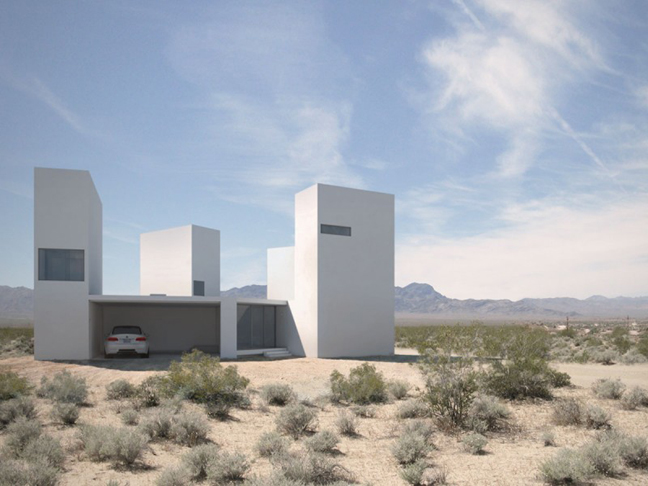 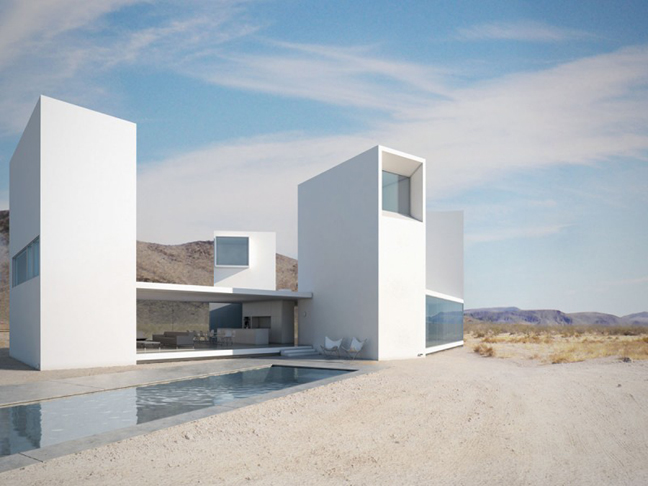 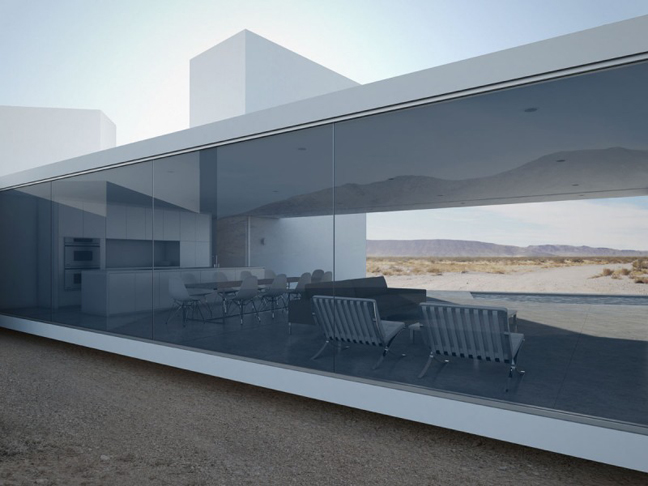 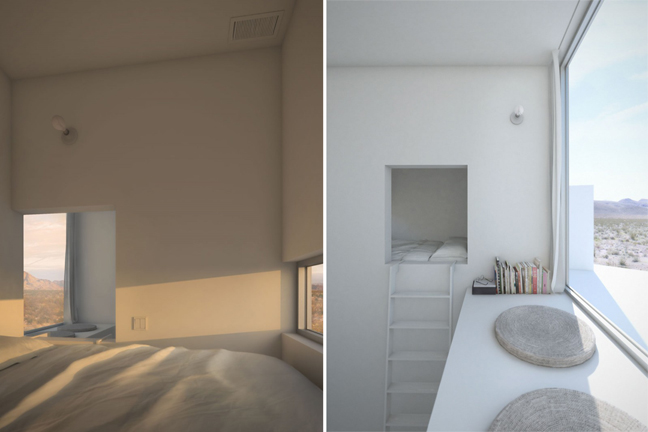 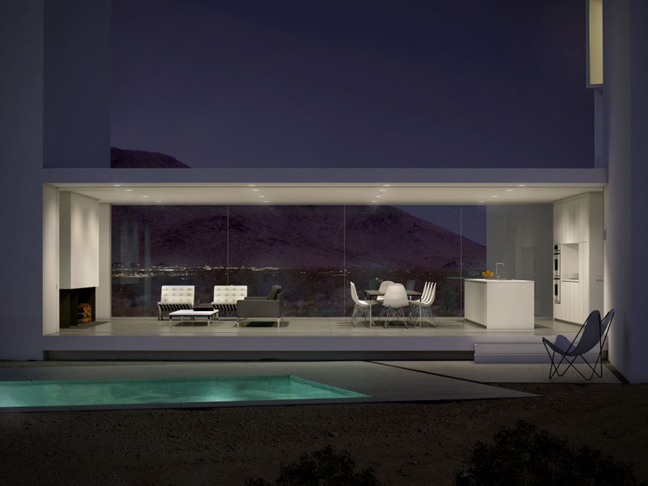 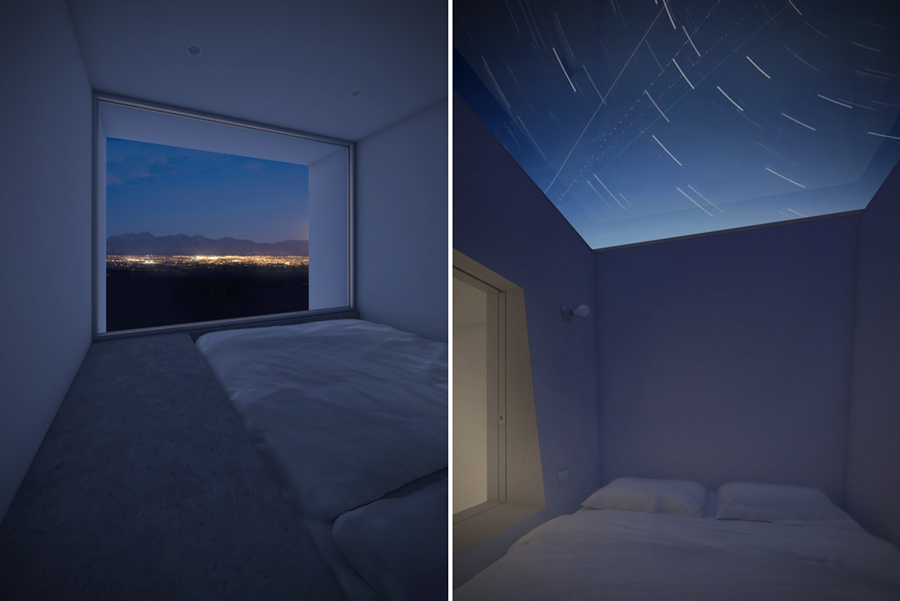 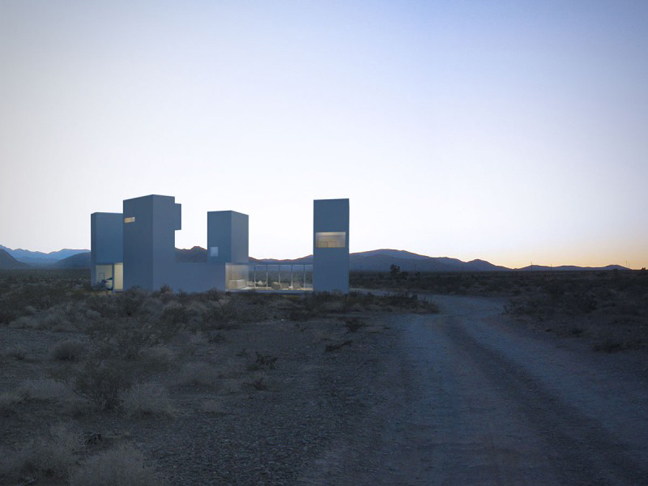 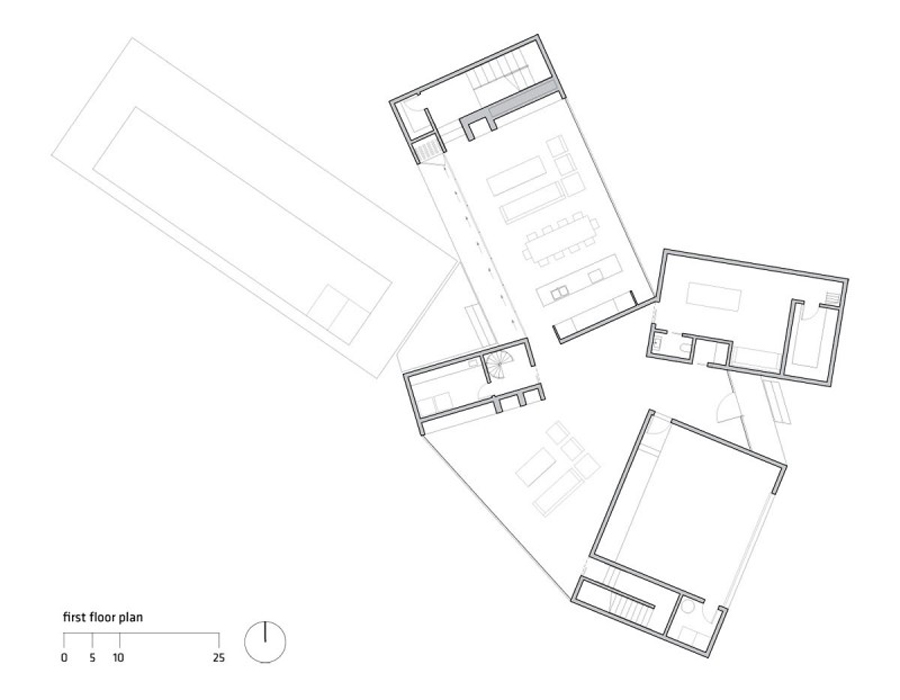 Previous post:
Letherette Show You How To Remix A Bonobo Track While While Flying A Spacecraft In Orbit Next Post:
Let BIRDS OF PASSAGE Take You “Away With The Night” To The Winter Lady & Midnight Highwaymen