It’s been nearly 12 hours since I left the theatre after seeing The Tree Of Life yet the film is still loudly echoing in my mind.  Without even a hint of a shadow of a doubt I can honestly say I’ve just seen one of the most important films ever made, and it’s going to be fascinating over the next few decades to watch how Terrence Malick’s Tree grows and changes as I move through my own Life.

Tree Of Life hit me like a ton of bricks and reminded me of the immense power that cinema has to plant seeds in our minds both consciously and unconsciously, to ask the most complex questions of our existence, and provide us with profound experiences that can feel as deeply meaningful as some of the greatest novels ever written.  Malick is in epic form here as well as Brad Pitt, Sean Penn, and Jessica Chastain.  And Hunter McCracken who plays the younger version of Jack (Sean Penn) is absolutely spellbinding.  That kid has more talent in just his eyes alone than most actors twice his age have in their entire bodies.  He resonated so beautifully with Penn’s older and wiser Jack that it brought to life a staggeringly elegant sense of movement and transition through the life of a boy becoming a man wrestling with his feelings of love, loss, memory, and his (and our) place in the universe. Set in 1950s Waco, Texas, the story is somewhat autobiographical of Malick’s own life having grown up in the same place and time when he was a little boy himself, and it reminded me of what Stand By Me might have looked like had it been directed by Stanley Kubrick — along with intercut offerings of the origins of the Big Bang right up to a stunning cinematic glimpse of unfolding evolution.  Evolution is a central pillar of the film, and from the micro to the macro it challenges the viewer to come to understandings about not only the evolution of our life on earth and the universe itself, but the evolution of mankind and Love.

Malick’s genius taught me that we take our capacity for love so much for granted on a day-to-day basis throughout our lives we have little understanding of the billions of years it has taken us to be granted this powerful gift.  When Jack’s mother opens the film with, “There are two ways through life: the way of nature and the way of grace.  You have to choose which one you’ll follow” it provides the architecture for the rest of the film and ultimately leads the viewer to the realization that we are not here merely to survive, but to cultivate our gardens of loving relationships in order for Love — this superpower of all human emotions — to flourish and continue to evolve.

About two weeks ago I came across this Tree Of Life featurette of interviews with both Christopher Nolan and David Fincher discussing the impact of Terrence Malick and his contribution to the world of film.  Within seconds I stopped it as soon as I saw young Jack in church with his dad (Brad Pitt) because I didn’t want to see one more visual from the film than I absolutely had to.  So this morning I pulled it out and watched it and I absolutely agree with every single thing they each say.

Bravo Terrence. And thank you for giving us a film we will enjoy for the rest of our lives.

SEE ALSO: Terrence Malick: Hollywood’s Most Reclusive And Mysterious Genius
SEE ALSO: “Stand By Me” And The Timeless Beauty Of Oregon, The Ottawa Valley, And Small Town Life 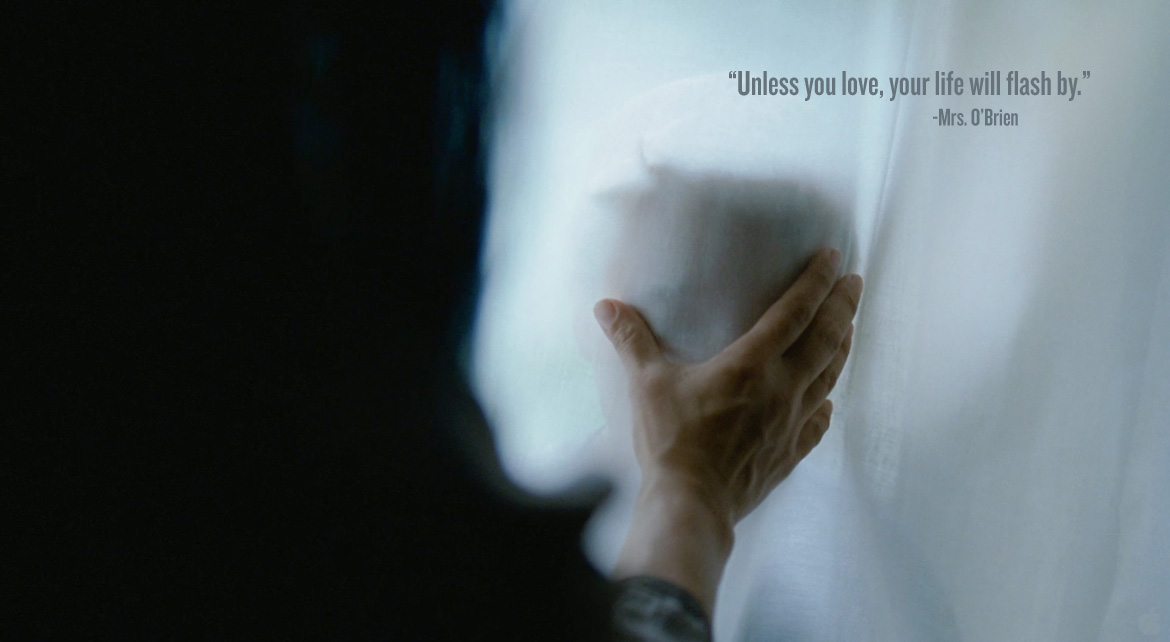 Previous post:
Washed Out Launches Free Streaming Of His New Album “Within And Without” Next Post:
Greece Has Less Than 48 Hours To Get Its Shit Together Or Face Total Collapse