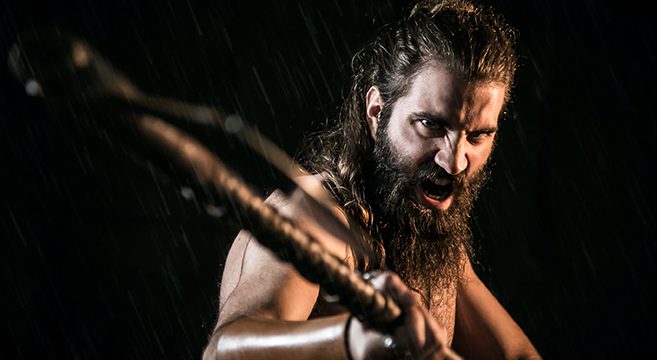 Everything You Need To Know About Norse Mythology

The pantheon of Norse Gods is vast. In this article, we are going to tell you everything that you need to know to understand Norse mythology – we will tell you about some of the chief Gods in Norse mythology, which is a great place to start if you are interested in learning more about pagan religion, or just want to get in touch with your roots.

What is Norse Mythology?

As monotheism began to dominate Europe, Norse mythology was gradually pushed out in favor of Christianity. It is still practiced in some parts of Europe (and the Americas), but not as much as it should be or once was. Modern-day neo-pagans often worship the gods of the Nordic people, much in the same way that the original Viking warriors would have worshipped their gods, save the battle and bloodshed. Nordic religion is not just war though and is very beautiful. It is something we definitely recommend taking a little look into!

The Father of Men – Odin is the chief god in the Nordic religion. Odin is the god of hidden wisdom, poetry, and magic. Odin gained his ultimate wisdom by drinking a cup from the Well of Mimir, in which all knowledge is contained. However, for having one of these drinks, Odin was charged an eye. Odin was also, to the Norse, a war god. There are various ancient viking symbols that refer to him and the Vikings believed that Odin would join them in battle, wielding a spear, and riding an eight-legged horse. He was, without a doubt, a very important god.

Frigg, in Norse mythology, is Odin’s wife. She is the chief female goddess in the Norse pantheon. Frigg’s abilities to predict the future make her an indomitable adversary, though it could not save her son Baldr, who fell to Loki, who leveraged his knowledge that Baldr’s weakness was mistletoe, and thus, Loki fashioned a dart out of mistletoe and tricked Hod into slaying Baldr with it.

Perhaps the most well-known Norse god, mainly because of his featuring in the Marvel franchise, is Thor. Thor, the god of thunder, and defender of mankind against the giants, is a very powerful god, who wields a hammer called Mjollnir and wears a belt that increases his strength. Thor’s adventures are many, including one where he defeated a giant sea serpent. ‘Thor, they reckon, rules the sky; he governs thunder and lightning, winds and storms, fine weather and fertility, one medieval writer wrote of him.

Tyr, who lost his hand to the wolf Fenrir, was the god of justice and war. His most notable achievement in Norse mythology is sacrificing a hand to Fenrir so that he (Fenrir) could be bound by an unbreakable chain.

Freyr (and his sister Freyja) come from a separate group of Norse gods known as the Vanir. A 13th-century writer, Snorri Sturluson, writes that ‘Freyr is the most renowned of the Aesir: he rules over the rain and the shining of the sun, and therewithal the fruit of the earth; and it is good to call on him for fruitful seasons and peace. He also governs the prosperity of men’.

Freyja, Freyr’s sister, is the goddess of love. Freyr travels by a chariot drawn by two cats, and she travels with a wild boar beside her. Freyja rules over the afterlife, Folkyangr, and takes half of those who have died in battle, while the other half of the dead will go to Odin’s hall, the more famously known, Valhalla.

Bragi is a god of poetry. The same writer, Snorri Sturluson, wrote that ‘he is renowned for wisdom, and most of all for fluency of speech and skill with words. He knows most of skaldship, and after him, skaldship is called bragr, and from his name that one is called bragr-man or -woman, who possesses eloquence surpassing others, of women or of men’. Bragi was married to the goddess Idun, who was a keeper of eternal youth, and ensured the Norse gods never grew old, but instead stayed in perpetual and never-ending youth.

There is an almost infinite number of Norse deities and gods, though we hope to have mentioned some of the most important here today. Thank you for joining us today, and more importantly, for reading this article!

Photo by Gioele Fazzeri on Unsplash

Previous post:
Going To The Beach With Your Children? Here’s What You Need To Bring Next Post:
Knee Pain Do’s and Don’ts According to the Experts