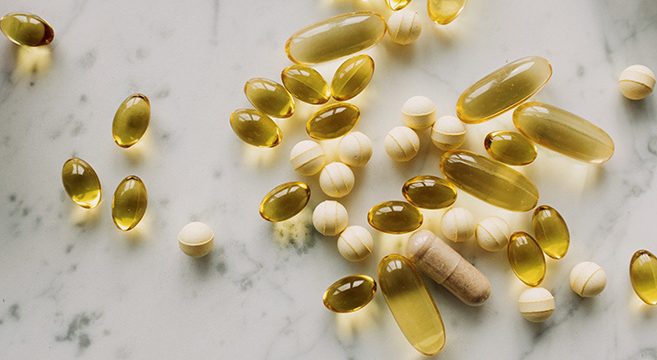 All the Benefits of Omega-3 for Your Health

Omega-3 are fatty acids and are composed of polyunsaturated fatty acids that are crucial for a number of functions in the body. Eicosapentaenoic acid (EPA) and docosahexaenoic acid (DHA) are found in seafood such as salmon, tuna, shellfish, crab, mussel, and trout while alpha-linolenic acid (ALA) is found in vegetables and other food sources like canola and soy. These omega-3 fatty acids can also be found in various dietary supplements like fish oil. There is mounting evidence that points to the benefits of omega-3 for the body, although, many of them still require more scientific studies to understand them. Regardless, anecdotal evidence lauds the benefits of incorporating them into the daily diet.

It is recommended, by The American Heart Association (AHA), that eating fish – particularly fatty fish twice a week is enough to gain the necessary levels of omega-3. People who don’t like fish can also take fish oil supplements as part of their diet. People with high triglyceride or has existing heart disease may need more omega-3 than those who are healthy. But there are also other benefits of taking omega-3 that you would want to consider:

Studies have suggested that people who partake in diets rich in omega-3 improves the risks factors of people with heart disease. Heart attacks and strokes are the leading causes of death globally. Researchers have found, in decades-long studies, that people who are mostly taking a seafood-based diet have low rates of cardiovascular diseases. They have found that the omega-3 fatty acids, which are abundant in fish and other kinds of seafood, helped in lowering the factors that contribute to heart attacks or strokes. Its benefits relating to heart health addresses the following factors:

Blood clots when there’s a wound that needs repairing, however, blood clots are also harmful when it occurs in your bloodstream.

It also prevents the production of plaques in the arteries and maintains a smooth flow of oxygenated blood cells through your body.

Omega-3 has also been found to be beneficial for fetal development during pregnancy as well as in early infancy. It not only helps to prevent premature births but also is an important factor for the brain development of the baby. However, health agencies warn mothers to only take sources of omega-3 that are low in methyl mercury. This means not all seafood variants are good for you and your baby. The experts behind the vegan omega-3 supplements from Omvits uses algae, where fishes get their Omega-3 from, to create a suitable source for pregnant and breastfeeding women. And according to the American Pregnancy Association, considering omega-3 supplementation along with their prenatal vitamins because of the benefits mentioned above.

Arthritis is one of the most common joint conditions that can lead to chronic pain and disability. Studies have shown that people with rheumatoid arthritis can benefit from EPA and DHA in relieving some of its symptoms. The review had participants take omega-3 supplements daily. They reported that they had reduced joint swelling and pains, briefer stiffness in the morning, and they didn’t need a lot of anti-inflammatory drugs.

Metabolic syndrome is a collection of risk factors known to aggravate the risks of heart disease and diabetes. This includes high blood pressure, insulin resistance, and high bad cholesterol levels, as well as visceral fat. One study found out people who take part in weight-loss diets still have high cholesterol levels and unhealthy levels of triglycerides. However, the addition of omega-3 fatty acids into their diet mitigated those effects and improve other cardiovascular risk factors.

The body fights off infections and initiates a repair process to cope with the damages, which is manifested in the form of inflammations. However, there are times when inflammations last for a long time and may even appear without the necessary triggers i.e. infections and injuries. This long-term inflammation can lead to many chronic illnesses such as cardiovascular diseases and cancer. Omega-3 fatty acids can help curb the production of molecules responsible for inflammation such as inflammatory eicosanoids and cytokines.

There are instances where your body attacks your own cells like Type 1 diabetes where your immune system attacks insulin-producing cells. Omega-3 can help reduce the risks of autoimmune diseases especially in the early stages of life. It helps treat lupus, Chron’s disease, arthritis, ulcerative colitis, and psoriasis.

Latent autoimmune diabetes in adults is considered the second most common type of diabetes which has affected 9% of the population in Europe. LADA has features of both type 1 and type2 but with some differences. Studies indicate that consumption of omega-3 fatty acids may reduce the risk of LADA in adults but may affect type 2 diabetes in other mechanisms which still needs to be elucidated.

Omega-3 plays an important role in brain health. Higher levels of blood plasma of the fatty acids are known to lower the risk of neurodegenerative diseases such as Alzheimer’s disease and other mental orders such as psychosis and depression. Studies indicate that the effects of omega-3 fatty acids used to treat early-onset Alzheimer’s Disease where there is only minor impairment in the brain’s functions. There were also signs where there were changes in the scales of cognitive function in severe cases, but it’s still too early to be definite.

One of the lesser-known benefits of omega-3 is how it maintains the health of your skin and hair. It helps your skin build resistance against UV rays and alleviates some symptoms of photosensitivity. It can also help prevent outbreaks of acne or reduce its severity as well as improves your skin’s elasticity and improves its hydration. There are also reports where omega-3 helps in boosting hair growth or prevent hair loss altogether. The studies were conducted on animals and sparsely on done on human subjects.

Incorporating food sources right in omega-3 into your diet is healthful. Traditional sources of fatty acids like seafood and flaxseeds are sufficient but plant-based sources are proving to be more sustainable and healthy for a wider group of people. If you’re intent on supplementing omega-3, particularly during your pregnancy, you may want to consult your doctor for guidance.

Previous post:
How to Choose a Natural Weight Loss Supplement for Fat Burn Next Post:
The Different Ways You Can Use Matcha To Make Your Meals More Exciting