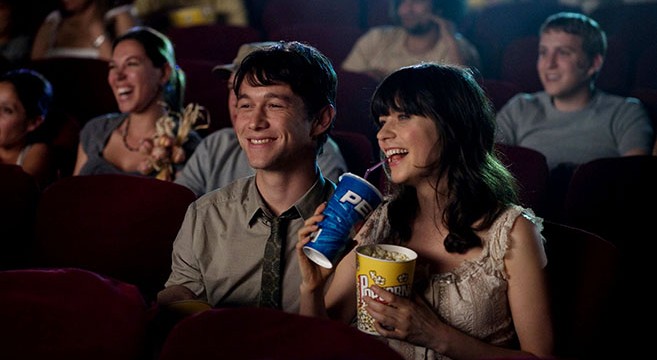 For the very first time since the U.S. government began tracking the data back in 1976, single people now make up more than 50% of the U.S. adult population. While traditionalists might balk at this number and see it as a rejection of meat-and-potatoes family values, others see it with a more enlightened perception, in the sense that the pursuit of true happiness is doomed if one feels the only place it can be found is in another person. While many people do indeed thrive while being in a relationship, there are just as many who do not — and a new study has discovered the fascinating reasons why.

In a study entitled Happily Single: The Link Between Relationship Status and Well-Being Depends on Avoidance and Approach Social Goals, published in the journal Social Psychological and Personality Science (SPPS), researchers Yuthika Girme, Nickola Overall, Sivailele Faingataa, and Chris G. Sibley of the School of Psychology at the University of Auckland, reveal their findings of how our goals are connected to our individual levels of happiness when we’re single.

To find what type of people are happier being in a relationship than being single, they examined two types of social goals: avoidance goals and approach goals. People who measure high on avoidance goals are those who are psychologically hit the hardest by minor fights and conflicts, and they try to avoid these negative blasts as much as possible in order to maintain their relationships. Because these conflicts — both small and large — lead to more amplified levels of trauma they do everything in their power to avoid these fires. People high on avoidance motivation don’t avoid relationships with others — they merely tend to expend a great deal more energy avoiding conflicts in order to nurture and grow these relationships.

On the opposite end of the spectrum, people who measure highest on approach goals experience very little trauma during minor conflicts in their relationships, and instead use higher levels of intimacy in order to grow and maintain the relationship. Furthermore, what the researchers discovered is that these two social motivations are not at odds with each other — it’s possible to be high on one and low on another, high on both, or low on both.

Once they analyzed the data from the 4,211 participants, the researchers learned that people reported being very unhappy when they were single — but only if they measured high on approach goals (and low on avoidance goals). People who measured high on avoidance goals (and low on approach goals) were just as happy being single as they were while being in a relationship.

As Gwendolyn Seidman, Ph.D., of Psychology Today writes: “It’s also important to remember that this research still doesn’t tell us if being coupled actually caused those who were low in avoidance goals or high in approach goals to become happier. It could be that whatever factors caused these people to find partners also caused them to be happier with their lives. As my fellow PT contributor, Bella DePaulo, always points out, none of this evidence definitively tells us that marriage makes people happier. We all know that romantic relationships are a tradeoff. We have to take the good with the bad. But people high in avoidance goals — people who try to avoid conflicts and issues in their relationships — are hit a lot harder by the ‘bad’. So if you have avoidance goals, the bad and the good might cancel each other out, and as this research shows, you may be just as happy being single.” In other words, if you have avoidance goals, you’re the kind who loves to hit up that trendy new rooftop bar that just opened up downtown, or perhaps a solo trip to Vegas might be in order? (Yes, that blackjack table has your name written all over it.)

Furthermore, there’s new research which indicates that being single can have enormous benefits on your well-being. You can read the full Top Five list of the benefits of being single by CLICKING HERE. (Image courtesy of Fox Searchlight Pictures’ (500) Days Of Summer)

SEE ALSO: Love & Solitude: The Introvert’s Guide To Navigating Love & Romance In An Increasingly Loud World
SEE ALSO: “The D12 Love Peak”: Facebook Data Scientists Know Exactly When You Are About To Fall Madly In Love

Previous post:
7 Tips On Ensuring The Best Care For Your Dog Next Post:
Healthy Ways to Manage Your Weight