The Problem With Ideas: Watch Robert Rowland Smith’s Brilliant Lecture On How Ideas Can Eat Us Alive

We are becoming increasingly bombarded with ‘ideas’. But are there other ways of knowing that could enable us to experience the world more richly? Writer and philosopher Robert Rowland Smith investigates. From TED talks to panel debates, we are becoming increasingly bombarded with ideas. But it’s not as if we don’t want them. When it comes to ideas, we seek them out. We believe they are the source of innovation and inspiration. We seek out people with ideas, and when we have ideas of our own, we feel good. But ideas are not the be-all and end-all. The trouble with ideas is that they keep us in our heads. As such, they can cut us off from other forms of experience, forms that are non-cognitive. They fill our minds with abstractions. Ideas are not real. Nor do they feed the soul. What possible use does the soul have for ideas?

Robert Rowland Smith began his career as a Prize Fellow of All Souls College, Oxford. He lectured internationally on philosophy, literature and psychoanalysis. He published the award-winning Derrida and Autobiography in 1995 and laid the ground for two later academic works. These are Death-Drive: Freudian Hauntings in Literature and Art and On Modern Poetry: From Theory to Total Criticism, which received a Choice award for Outstanding Academic Book of 2013.

In 1998 Robert left Oxford to go into management consultancy, first in Los Angeles and then in London, where he was a partner in a firm specialising in leadership and organisation development. It was during this period that Robert trained in Constellations. With the 2009 publication of the bestselling Breakfast with Socrates, Robert began working on a portfolio basis that today involves:

1. Writing books: Driving with Plato came out in 2011, and 2013 year saw the publication of Robert’s book for business leaders, The Reality Test. He’s now researching a project with the working title of The Architecture of Being.
2. Advising businesses: alongside his work with leaders, Robert has set up Ennovation.co to help organisations innovate by drawing on unconscious energy.
3. Running New Constellations: Robert runs regular workshops for people facing challenges in their personal or professional life, or with creative projects.
4. Giving talks: Robert has spoken to audiences from Tokyo to El Salvador on subjects including love, enlightenment, the self and innovation.
5. Journalism: Robert has had a column in both The Evening Standard and The Sunday Times, and continues to write articles for newspapers and magazines.

Robert sits on the board of the Tavistock Centre for Couple Relationships, and the editorial board of Angelaki, the journal he helped to found. He is a founding faculty member of both The School of Life and the London Graduate School. He holds a top First in English and a D. Phil., both from Oxford University. You can learn more about Robert’s work by visiting RobertRowlandSmith.com. I’ve attached a few more of Robert’s videos below. (Source: RSA) 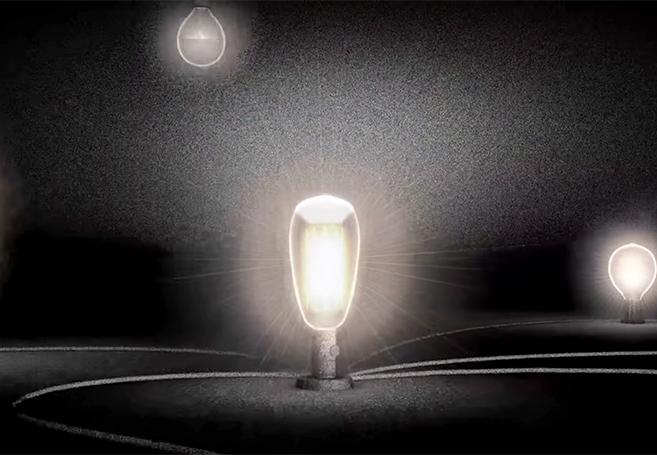 Previous post:
Cancer Patient Survives Thanks To Groundbreaking 3D-Printed Rib Cage From The Geniuses At CSIRO Next Post:
Architect Marcio Kogan Blows Our Minds Once Again With His Stunning “House 6” Design In Sao Paolo