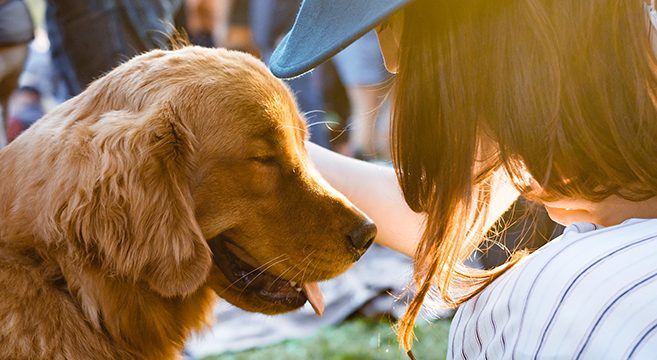 Why Is The Bond Between Humans And Pets So Powerful?

Humans have a special connection with animals, with Penn State paleoanthropologists showing that this connection goes beyond mere affection. This research indicates that the interdependence of our ancestors with other animal species played a key role in human evolution over the past 2.6 million years. This bond is unique and universal to our species, say the researchers, since “No other mammal routinely adopts other species in the wild – no gazelles take in baby cheetahs, no mountain lions raise baby deer.” It arose because humans chose to get close to wild animals to obtain detailed information about them. Doing so allowed them to ‘use’ animals as tools to track game, protect family members, destroy rodents and more. \

From Ancient To Modern Times: Pets As Companions And Family Members

In modern times, of course, the human-animal has become more strongly rooted in emotion than need. Research conducted by EY-Parthenon shows that around 72% of Americans consider their pets to be family. Humans go to great extents to protect their pets’ health, valuing natural nutrition and supplements for dogs and cats alike. This is especially the case for senior animals, who may have additional health needs. Human beings also take the time to take their dogs for walks to fulfil physical and mental needs.

Pets Activate Similar Areas In The Brain To Children

Such is the human-pet bond, say scientists at the Massachusetts General Hospital, that “levels of neurohormones like oxytocin – which is involved in pair-bonding and maternal attachment – rise after interaction with pets.” MR data shows, for instance, that there are powerful similarities in brain activity when human beings react to images of a child and a dog. Activity increases in areas of the brain responsible for emotion, reward and social interaction.

Dogs Feel The Love Too

Scientists at the University of Veterinary Medicine in Vienna found that the natural bonding behavior between owners and their pooches isn’t one-sided. In fact, dogs feel deeply connected to their owners, and the human-dog relationship is similar in many ways to parent-child relationships. The scientists carried out various experiments with dogs, finding that they were less keen on working for food rewards when their owners were absent, than when they were present. The scientists concluded that the dogs needed their owners around in order to behave confidently. They also stated that dogs “behave towards their caregivers like human children do.”

Pets Help Older Adults Get Active And Connect With People

Dog and horse therapy are used for a variety of conditions – including post traumatic stress disorder, ADHD, anxiety and depression. However, they can also play a vital role on a day to day basis for older owners, by helping them to cope with health problems, motivating them to get active and go for daily walks, and by enabling them to connect with others – as found by University of Michigan researchers. Their research showed that three-quarters of pet owners aged 50 to 80 reported that their pets reduced stress and gave them a sense of purpose.

The human-animal bond can be traced back to millions of years ago. Its primary aim was utilitarian, but today, it is mostly emotional. Pets give their owners companionship, love and trust. For this reason, most people see their pets as an important and irreplaceable member of the family.

Photo by Adam Griffith on Unsplash

Previous post:
What Every Wine Lover Should Have in Their Cellar Next Post:
How to Settle in A New Country