Digg & Esquire Rank This Edit Of Marbles, Cake & Knives As The #1 Most Satisfying Video In The World

It’s not quite classifiable as an ASMR (autonomous sensory meridian response) video, but this 5-minute compilation of cans getting crushed, molten glass getting spiraled, and a cake getting decorated has caught the attention of the folks at both Digg and Esquire who agree it’s the “Most Satisfying Video In The World.”

I highly doubt it earns that title, but there is something borderline hypnotic about it. Check it out for yourself and in case you aren’t aware of what ASMR videos are, then be sure to watch the TODAY show’s report below. It’s kind of creepy, but it’s also fascinating from a sociological point of view. Perhaps in this new era of technological obsession, gadgetry overload and social media isolationism, ASMR could be a strange byproduct of people who have so removed themselves from human connection that these “tingleheads,” as they’ve come to be known, find themselves craving anything out of their technology that can make them feel alive inside — without requiring the need for physical contact with another human being.

The video is reminiscent of the hit documentary TV series, How It’s Made, which takes viewers behind-the-scenes of the fabrication process for many common items from our everyday lives. If the video above is for you, then I’ve attached some of the most popular videos from How It’s Made below as well. 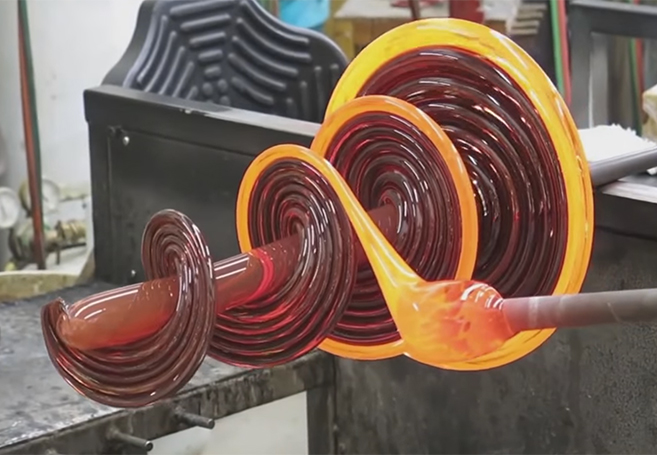 Previous post:
Watch This Mesmerizing Footage Of Wind-Blown “Ice Stacking” Along The Shores Of Lake Superior Next Post:
The Illusion Of You: How Your Brain Involuntarily Turns Your Life Into A Story & How To Turn It Off