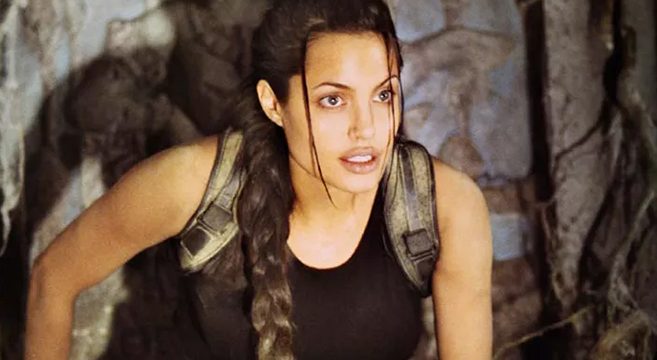 When it comes to seeing the world, few fictional characters have had it quite as good as Lara Croft in the last 25 years. Admittedly, the archaeologist-turned-action hero usually has to deal with unpleasant situations once she arrives in a new exotic location, from negotiating booby traps to fending off villains. Nevertheless, Croft has provided the lens for many people to experience jaw-dropping and sometimes inaccessible parts of the world.
.

.
Croft made her first appearance in the 1996 video game Tomb Raider and has since become one of the most recognizable characters in the modern entertainment industry, with that popularity boosted by a string of blockbuster movies and appearances in other forms of media. Often in the pursuit of mystical artifacts, Croft’s missions as an archaeologist have taken her to an eclectic set of places.

While nothing beats the ability to visit a place first-hand, the reality is that the entertainment industry gives people the chance to have some sort of experience of incredible locations that may otherwise be unattainable. Croft has become one of the best sources for this vicarious jet-setting. Here are a few of the most memorable locations that Croft has visited.

A getaway to Siberia is doable if you don’t mind the long journey, with Booking.com featuring over 5,800 properties in the Siberian District, but its climate and inaccessibility means that most people’s experience of the region will be courtesy of appearances in popular media. Siberia’s remoteness was emphasized in 2014 when National Geographic discovered the remains of an unusual unicorn-like creature, a discovery that you’d more typically associate with one of Croft’s escapades.

Much of the key action in the 2015 game Rise of the Tomb Raider unfolds in Siberia, with its developers Crystal Dynamics doing an excellent job of recreating the cold environment. Croft encounters dramatic mountains and stunning glaciers, things you’d expect on a trip to this part of Russia. She also encounters a source of eternal life, which you probably won’t find in the travel brochure. Movie fans also get to witness Croft in Siberia thanks to the 2001 release Lara Croft: Tomb Raider, with Angelina Jolie in the titular role as the archaeologist heading to Russia to search for another mystical artifact.

It’s not particularly surprising to see a website called Bolivian Life championing the country as one of the most underrated travel destinations in the world, but it’s a claim that they’re able to substantiate. Bolivia has plenty to offer to visitors; there is the stunning Lake Titicaca, the vibrant capital city La Paz, and several landmarks that showcase the country’s rich history. One of Bolivian Life’s 12 unmissable tourist attractions is the ancient city of Tiwanaku, and that is what turns Croft’s focus to this South American country.

In the 2006 video game Tomb Raider: Legend Croft explores the mysterious ruins of Tiwanaku, an area that has since been listed as a World Heritage Site by UNESCO because of its historical significance. Croft would approve of that, as she found plenty of interest in its pre-Incan temples. Croft’s fascination with Bolivia is also acknowledged elsewhere in the entertainment industry, with ancient Bolivian ruins acting as one of five locations featured in the Tomb Raider: Secret of the Sword online slot. This release incorporates classic Croft locations to become one of the most detailed globetrotting slots available. If you’re unable to get to Tiwanaku yourself, then you can always rely on Croft to make the journey for you, in whatever form; whether that be in film, video games, or an online slot.

Cambodia is a frequent destination for the Tomb Raider franchise, with Croft making several stop-offs in the Asian nation. While Croft is not exactly your typical tourist, she does have a habit of hitting the popular destinations. The temple complex at Angkor Wat is the most famous in Cambodia, with over 39,000 excellent reviews of the place on Tripadvisor proof of its appeal. Croft explores Angkor Wat in the 1999 release Tomb Raider: The Last Revelation, again with artifacts on her mind.

Croft also heads to Angkor in her 2001 movie, with viewers able to get a sense of the spectacular size of these ancient Cambodian temples thanks to Simon West’s direction. The 2015 adventure runner Lara Croft: Relic Run similarly relies on Cambodia, with this free-to-play mobile app available for download on iOS and Android. Relic Run takes players deep into the Cambodian jungle, which helps to connect the release to the rest of the Tomb Raider franchise.

If you’re still not convinced by Croft’s intrepid nature, then the Inferno arc in Dark Horse Comics’ Tomb Raider series takes the action as far as Antarctica, a place that most people can only experience through drone footage or through movies. There’s no location on Earth that Croft can’t access, thanks to her unrelenting bravery and her unique skill-set. While the action is what draws most people to Tomb Raider titles, the chance to witness and engage with stunning environments is also part of what keeps people coming back to the character of Lara Croft.

Previous post:
Can Psychic Mediums Really Help Someone Suffering From Heartbreak? Next Post:
The Many Benefits of Hiring an Interior Designer Explained