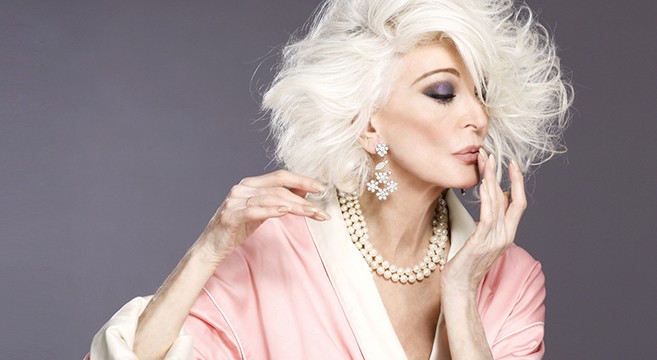 A breakthrough in understanding human skin cells offers a pathway for new anti-ageing treatments. For the first time, scientists at Newcastle University, UK, have identified that the activity of a key metabolic enzyme found in the batteries of human skin cells declines with age. A study, published online in the Journal of Investigative Dermatology, has found that the activity of mitochondrial complex II significantly decreases in older skin.

This discovery brings experts a step closer to developing powerful anti-ageing treatments and cosmetic products which may be tailored to counteract the decline in the enzyme’s activity levels. Findings may also lead to a greater understanding of how other organs in the body age, which could pave the way for drug developments in a number of age-related diseases, including cancer. Mark Birch-Machin, Professor of Molecular Dermatology at Newcastle University (see interview below), led the pioneering study with Dr. Amy Bowman from his research group.

Professor Birch-Machin said: “As our bodies age we see that the batteries in our cells run down, known as decreased bio-energy, and harmful free radicals increase. This process is easily seen in our skin as increased fine lines, wrinkles and sagging appears. You know the story, or at least your mirror does first thing in the morning. Our study shows, for the first time, in human skin that with increasing age there is a specific decrease in the activity of a key metabolic enzyme found in the batteries of the skin cells. This enzyme is the hinge between the two important ways of making energy in our cells and a decrease in its activity contributes to decreased bio-energy in ageing skin. Our research means that we now have a specific biomarker, or a target, for developing and screening anti-ageing treatments and cosmetic creams that may counter this decline in bio-energy. There is now a possibility of finding anti-ageing treatments which can be tailored to differently aged and differently pigmented skin, and with the additional possibility to address the ageing process elsewhere in our bodies.”

Complex II activity was measured in 27 donors, from aged six to 72 years. Samples were taken from a sun-protected area of skin to determine if there was a difference in activity with increasing age. Techniques were used to measure the activities of the key enzymes within mitochondria that are involved in producing the skin cell’s energy, a type of mitochondrial gym or skin physical. This was applied to cells derived from the upper (epidermis) and lower (dermis) levels of skin. It was found that complex II activity significantly declined with age, per unit of mitochondria, in the cells derived from the lower rather than the upper levels, an observation not previously reported for human skin.

The scientists found that the reason for this is the amount of enzyme protein was decreased and furthermore this decrease was only observed in those cells that had stopped proliferating. Further studies will now be required to fully understand the functional consequences in skin and other tissues, and to establish methods to assess anti-ageing strategies in human skin.

Dr. Bowman, Research Associate at Newcastle University’s Institute of Cellular Medicine, said: “Newcastle University is pioneering research into ageing as it has long been thought that mitochondria play an important role in the ageing process, however the exact role has remained unclear. Our work brings us one step closer to understanding how these vital cell structures may be contributing to human ageing, with the hope of eventually specifically targeting areas of the mitochondria in an attempt to counteract the signs of ageing.” A recent study carried out in mice showed that complex II activity is lower in the skin of naturally aged older mice compared to younger mice.

The discovery opens a whole new era of age-reversing skin treatments, and now a major study has also found the genes that control grey hair. Gillian Mohney of ABC News writes, “They found that there is an actual gene associated with grey hair called IRF4. The gene was known to be related to hair color, but not to how hair turns grey. It affects the regulation of melanin, the pigment that affects hair, eye and skin color. ‘We already know several genes involved in balding and hair color but this is the first time a gene for greying has been identified in humans, as well as other genes influencing hair shape and density,” the lead author, Dr. Kaustubh Adhikari of the University of College London Cell & Developmental Biology, said in a statement today.”

Previous post:
Watch Steve Jobs Explain The Meaning Of The “i” In iPhone, iMac, and iPod During This 1998 Keynote Next Post:
Watch This Stunning Timelapse Of The World’s Global Ship Traffic Over A One-Week Period