The Baby Deadline Test: Watch How New Blood Test Measures How Much Time Women Have Left To Conceive

A simple new blood test can now tell women how much time is left on their baby-making biological clock. The Advanced Fertility Center of Chicago explains: “AMH, or anti-mullerian hormone is a substance produced by granulosa cells in ovarian follicles. It is first made in primary follicles that advance from the primordial follicle stage. At these stages follicles are microscopic and can not be seen by ultrasound. AMH production is highest in preantral and small antral stages (less than 4mm diameter) of development. Production decreases and then stops as follicles grow. There is almost no AMH made in follicles over 8mm. Therefore, the levels are fairly constant and the AMH test can be done on any day of a woman’s cycle … Since AMH is produced only in small ovarian follicles, blood levels of this substance have been used to attempt to measure the size of the pool of growing follicles in women. Research shows that the size of the pool of growing follicles is heavily influenced by the size of the pool of remaining primordial follicles (microscopic follicles in ‘deep sleep’).Therefore, AMH blood levels are thought to reflect the size of the remaining egg supply, or ‘ovarian reserve’.” You can watch the NBC Nightly News report above, and learn more at AdvancedFertility.com. (Photo via StratfordAcupuncture.com)

SEE ALSO: Baby Boom: The Eleven Things You Can Do To Boost Your Chances Of Getting Pregnant
SEE ALSO: Watch Max Levchin Explain How He’s Revolutionizing Fertility & Pregnancy With Astonishing GLOW™ App
. 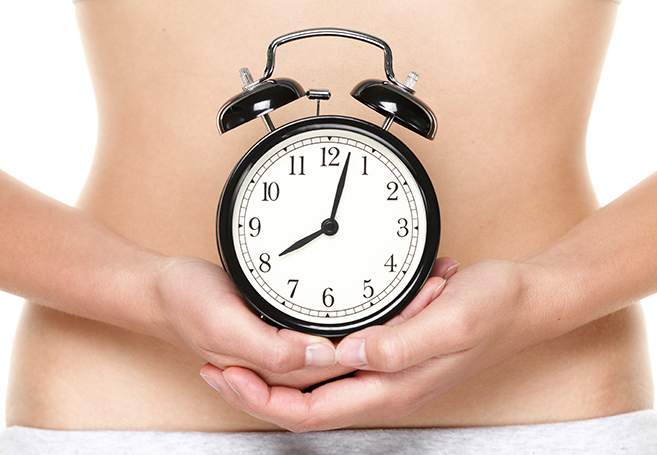 Previous post:
The WOW Files: This Stunning Cliffside Home Near Santa Barbara Is Seriously Blowing My Mind Next Post:
Watch “Antiques Roadshow” Appraise Thomas Jefferson’s 1822 Letter To A Man Who Wanted To Be Smarter