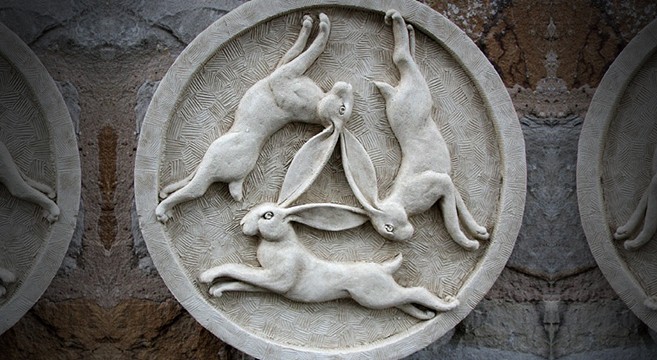 New Book Explores The Meaning Of The Three Hares, One Of Human History’s Most Mysterious Symbols

In a fascinating new book entitled The Three Hares: A Curiosity Worth Regarding, authors Tom Greeves, Sue Andrew, and Chris Chapman embark on a journey to unlock the mysterious meaning of one of history’s most baffling motifs. The circular symbol known as The Three Hares — which shows three hares chasing each other in a circle, with each ear shared by two hares, so that only three ears are shown — has been found in Buddhist, Christian, Islamic, Jewish and Hindu contexts in the medieval world. The symbol can be seen in numerous sacred sites from the Middle East, to the Far East, to historical synagogues across Europe, and inside the churches of Devon, England.

Its earliest appearance has connections to Buddhism, and “Ocurrences appear to be in cave temples in China, dated to the Sui dynasty (6th to 7th centuries) … The hares have been said to be a hieroglyph of ‘to be’. In other contexts the metaphor has been given different meaning. For example, Guan Youhui, a retired researcher from the Dunhuang Academy, who spent 50 years studying the decorative patterns in the Mogao Caves, believes the three rabbits — ‘like many images in Chinese folk art that carry auspicious symbolism — represent peace and tranquility.’ The Three Hares appear on 13th century Mongol metalwork, and on a copper coin, found in Iran, dated to 1281. Another appears on an ancient Islamic-made reliquary from southern Russia. Another 13th or early 14th century box, later used as a reliquary, was made in Iran under Mongol rule, and is preserved in the treasury of the Cathedral of Trier in Germany. On its base, the casket has Islamic designs, and originally featured two images of the three hares.”

In his review of the book, written for New Scientist, Nic Fleming writes, “The symbol was painted at the centre of elaborate ceiling representations of textile canopies dating from the Sui and Tang dynasties (AD 581 to 907). A retired local researcher explained that much of the painting was done while trade thrived along the Silk Road, so the symbol may have come from ancient Persia … So what does it mean? The three hares symbol on a 13th-century bell in the former Cistercian monastery of Kloster Haina, Germany, was believed to avert evil influences. Elsewhere in medieval Germany, in France and in Devon, it was seen as a warning to resist temptation and confess to sins. The symbol also appears in a 1309 Jewish manuscript, as well as in several Ukrainian synagogues in later centuries.”

Tom Greeves has been investigating The Three Hares motif since the 1980s. Together with his colleagues, Sue Andrew and Chris Chapman, they founded the Three Hares Project in 2000. Their research into the elusive symbol is still ongoing, but perhaps the most intriguing note from the project’s website reads as follows: “The hare is strongly represented in world mythology and from ancient times has had divine associations. Its elusiveness and unusual behaviour, particularly at night, have reinforced its reputation as a magical creature. The hare was believed to have mystical links to the female cycle and to the Moon which governed it. The theory of the Ancients that the hare was hermaphroditic and could procreate without a mate led to the belief that it could give birth to young without loss of virginity. In Christian contexts, the three hares may be associated with the Virgin Mary in her role in the redemption of mankind. This might explain why a three hares boss is often juxtaposed in western European churches with a boss of the Green Man, perhaps a representation of sinful humanity.”

For more stories from the world of the unexplained visit The Unexplained on FEELguide. 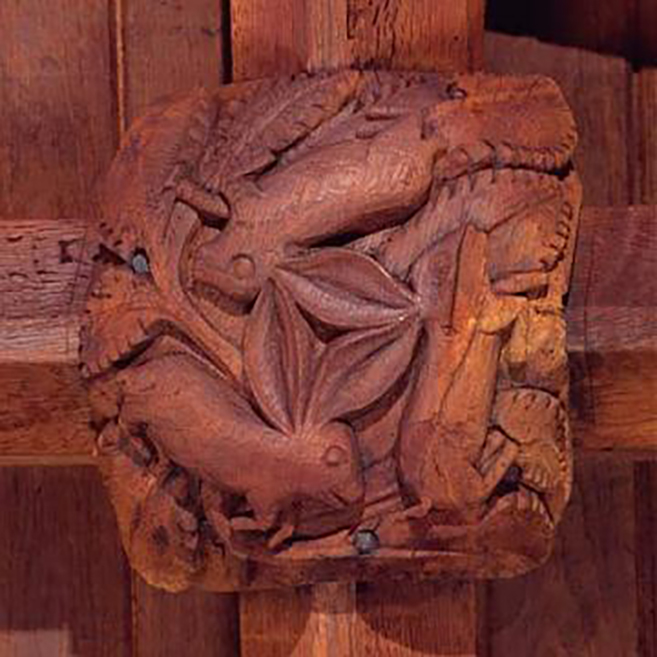 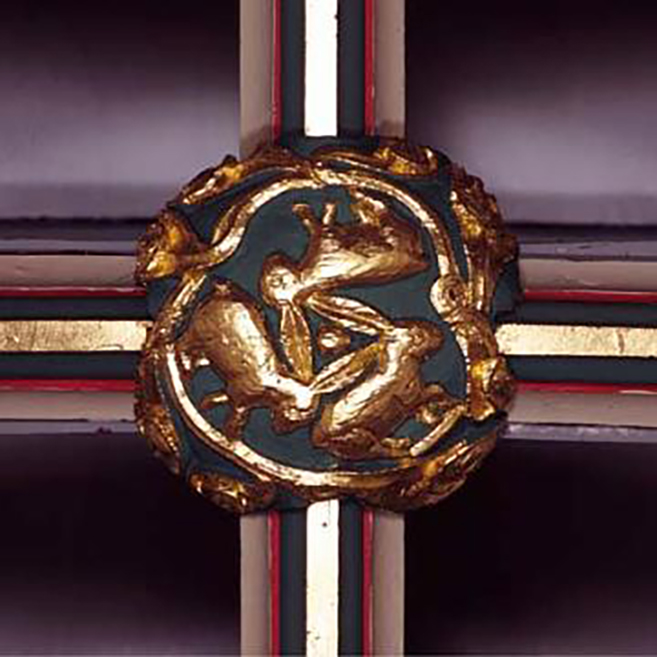 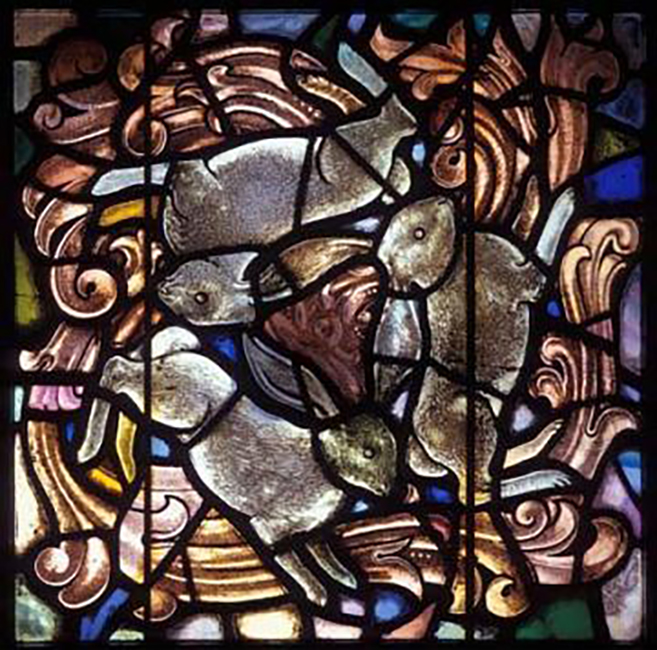 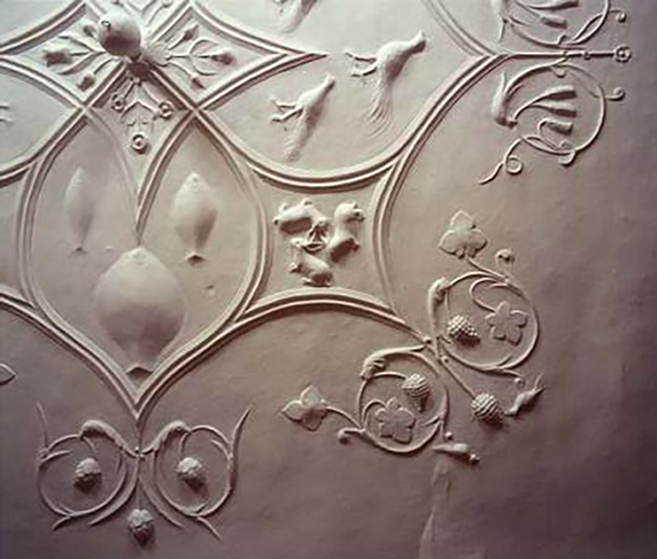 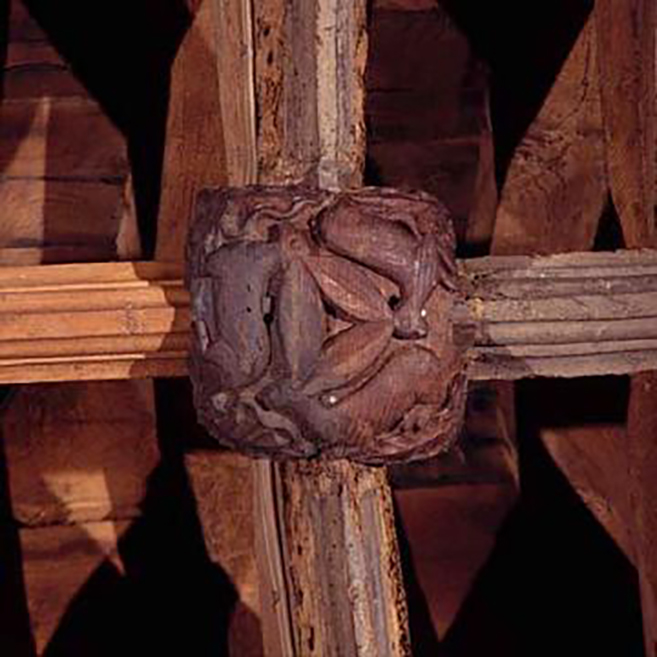 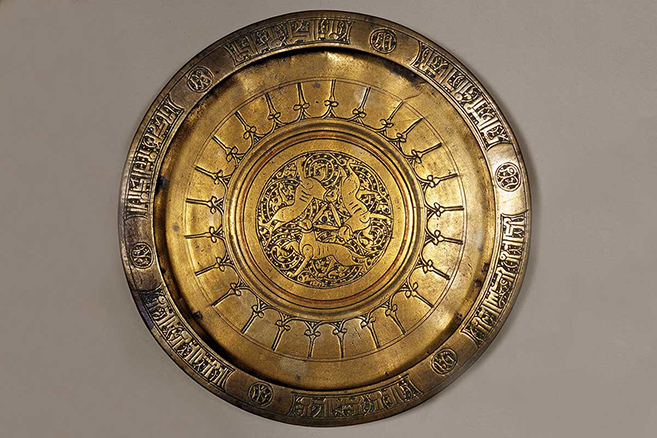 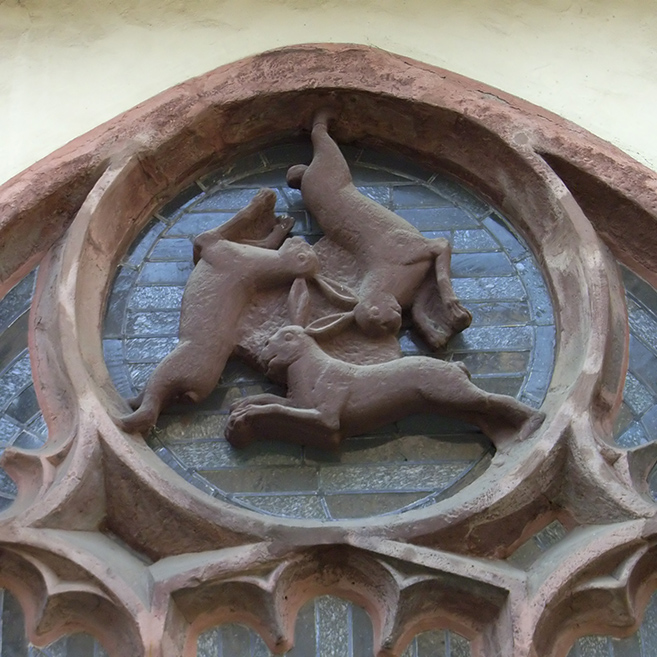 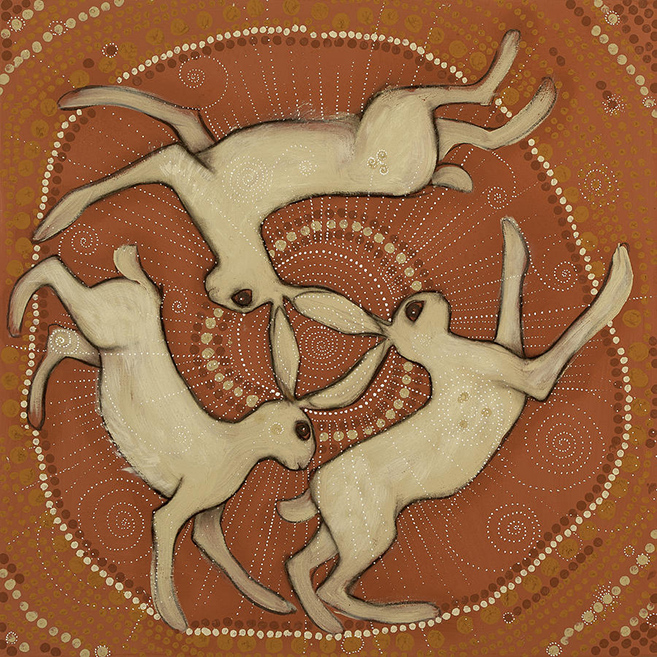 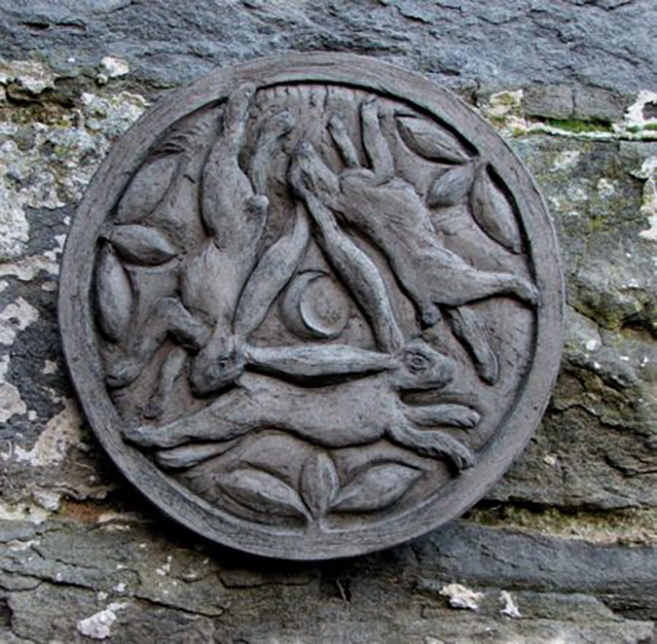 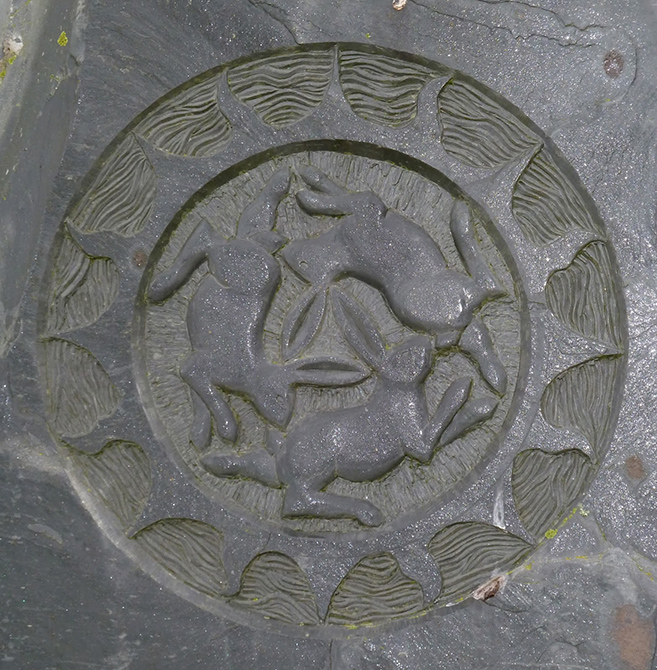 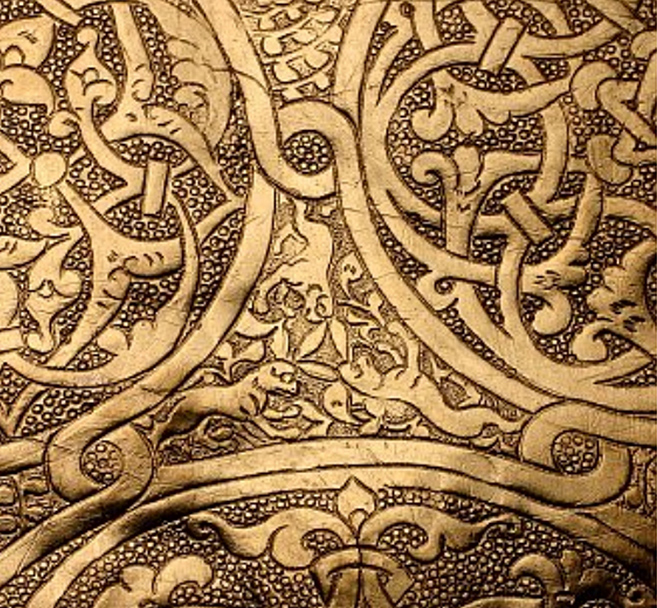 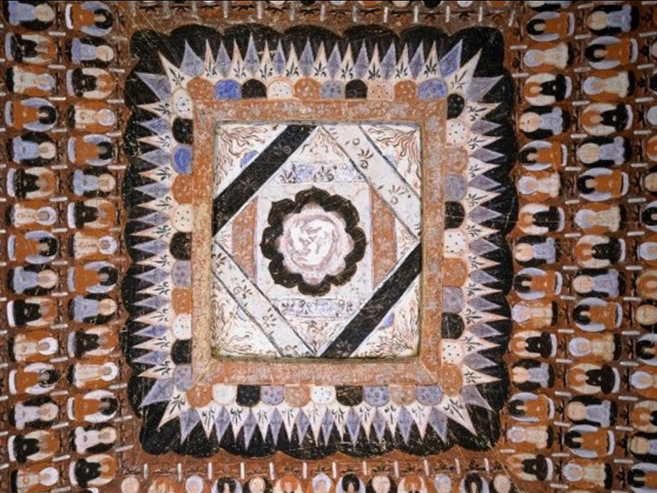 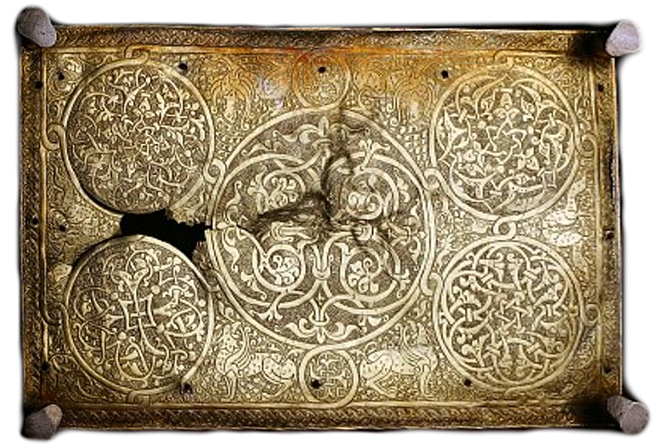 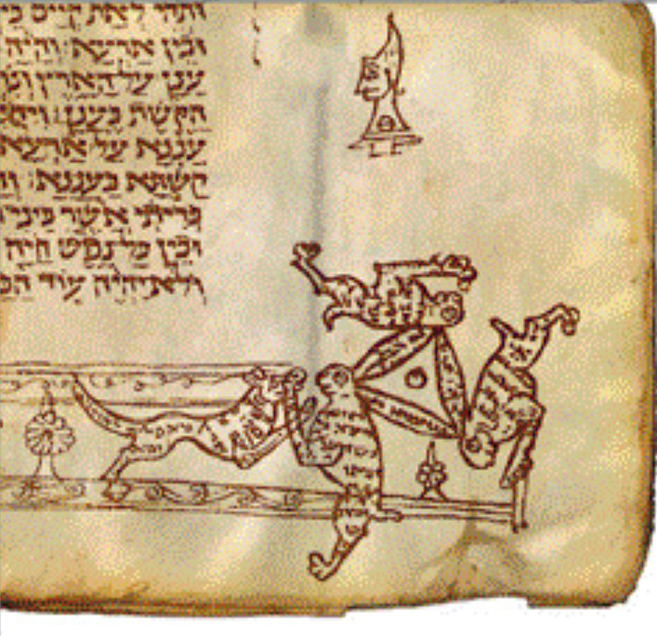