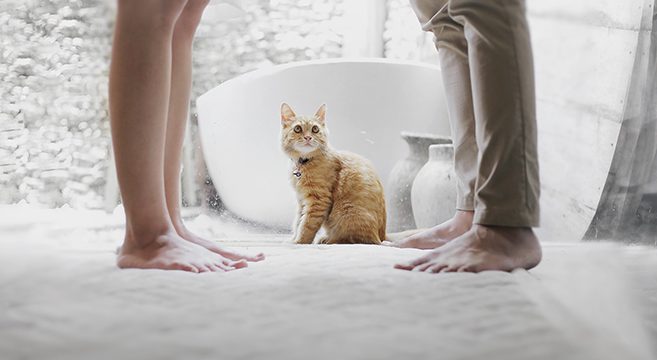 “Sexuality is religion’s worst nightmare because it offers the possibility of personal autonomy,” writes Dr. Marty Klein in his book America’s War on Sex: The Attack on Law, Lust and Liberty. For ages, conservative religions have been censoring what you read, hear, and see; they limit your access to contraception; they falsely brand themselves as the the gatekeepers of moral values; and they hijack the brains of teens by convincing them the Almighty is not a fan of premarital sex. “Anyone can be sexual — rich or poor, old or young, tall or short, educated or not,” adds Klein. “Religion attempts to seize sex as its own domain, claiming a monopoly on morality which primarily is about limiting sexual expression (rather than ethical or rational decision making). Religion’s ideas about sex centre on ‘don’t do this and don’t do that.'”

“Tina Schermer Sellers,” adds Ley, “is a Seattle-based marriage and family therapist and sex therapist who has been seeing these purity-movement victims for several years now, and has encountered countless individuals and couples who feel lost and alienated from their sexuality, caught between their desire to be good Christians, and their all-too-human physical needs and reactions. She explores the provocative proposal that the purity movement has actually resulted in sexual trauma, by using shame as a weapon to make young people hate and fear their own bodies and needs. Her new book explores her own journey as a therapist through the narratives of the people who came to her for help:”
.

“Sex was a silent, loaded topic in my family while I was growing up.”

“Sex is for marriage and that’s all you need to know.”

“I feel like the church instilled in her [his wife] to be deeply suspicious of me and their sexual drives. Now, that same suspicion is in bed with us every night. I hate it, and I wish we could just enjoy having sex without all the suspicion about who’s thinking what.”

.
“Schermer Sellers explores the origins of sexual shame in Christianity, grounding much of it in early religious acceptance of the mind-body split,” adds Ley. “The mind/body split is the notion that our souls and our bodies are two different things, and that our bodies are mired in the evils of the physical world, while our souls can, and should transcend our base desires. This root rejection of our physical experiences, and the perception of sexuality as the most tempting, corrupting aspect of our physical lives, led to millennia of sexual shame, where sexuality is portrayed as a weakness. Those who abstain, who take vows of chastity, are seen as most pure. Sadly, that leaves all the rest of us as tainted.”

In her feature written for VICE entitled How Evangelical Purity Culture Can Lead to a Lifetime of Sexual Shame, former born-again Christian Linda Kay Klein lays out the long-lasting damage of the ‘purity movement’ which emerged out of white evangelicalism in the early 1990s. “Eventually, though, Klein realized that she wasn’t nearly alone. In 2006, she began compiling dozens of testimonies from childhood friends involved in the purity movement and found that they were all experiencing similar feelings of fear, shame, and anxiety in relationship to sex. ‘Based on our nightmares, panic attacks, and paranoia, one might think that my childhood friends and I had been to war,’ writes Klein. ‘And in fact, we had. We went to war with ourselves, our own bodies, and our own sexual natures, all under the strict commandment of the church.'”

In her article Spirituality and Sexuality—When Religious Clients Present for Sex Therapy, Elizabeth Boskey, Ph.D. writes, “Religious faiths have a wide variety of beliefs and proscriptions around sexual interactions. Although discourses of the conservative Christian denominations in the United States are often sex negative, that is not true for all religions. Judaism is historically a sex-positive religion. Sexual pleasure is seen as a mitzvah, a blessing from God, and sex within the context of marriage is supposed to be pleasurable for both husband and wife. It is a private pleasure, one that may be seen as difficult or inappropriate to discuss outside the confines of the marital relationship, family home, or religious school, but it is a pleasure that is highly valued in religious teachings. In fact, sexual pleasure is seen as so critical to the success of a marriage that husbands swear to provide sexual pleasure to their wives as part of the wedding ceremony (D. Ribner & Kleinplatz, 2007), and lack of marital satisfaction is one of the few acceptable grounds for divorce among religious Jews (D. S. Ribner, 2004).”

“Islam, like Judaism, has historically had somewhat complex regulations around sex; however, unlike in Judaism, these regulations do not start from a fundamental religious acceptance of the role of sex in relationships,” adds Boskey. “Instead, they are highly culturally dependent. Dr. Sara Nasserzadeh, a psychosexual therapist in private practice, explains that “In Islam, we argue over everything. People from [various countries] can be practicing under the same name of Islam, but be totally different because of the cultural context. Therapists need to know the cultural context first, then the religion. Culture is everything.” As such, even therapists who have worked with Muslim clients from one culture should be careful not to assume they know the beliefs other Muslim clients hold about sex. For example, a Shiite Muslim from Egypt might believe that a nikah mut’ah, or temporary marriage, could be a good way to explore a commitment to a partner, while a Sunni Muslim or a Shiite Muslim from a different cultural background would find such a notion heretical (Inhorn, 2006; Mahmood & Nye, 2013). That said, according to Nasserzadeh, therapists can safely work from the assumption that Islamic faith puts a high value on marital success and that, in treatment, saving the marriage comes first. She explains that, ‘in Buddhism, they say [sex] is a part of the natural cycle of life but, in Islam, sex is very practical, very functional, because Islam is a very practical religion.'”