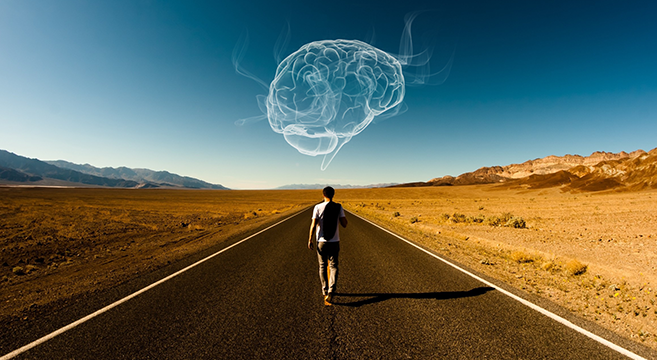 The Bloom Effect: The Neuroscience Of How Longterm Travel Rebuilds Your Brain & Personality Forever

It’s one thing to take a 2-week vacation, but it’s entirely another to commit to a longterm getaway. Think about it for a moment: the last time you booked your vacation, you automatically assumed it had to be for one or two weeks, right? Just take a moment to ponder what would happen if the next time you planned your trip you made a conscious decision to go away for 4 months — or even an entire year? Turns out, a lot would happen, and according to research the experience would result in permanent positive changes in your brain and your personality.

A fascinating study by Julia Zimmermann and Franz Neyer, published in the Journal of Personality and Social Psychology, found that extended travel resulted in significant changes in the brains and personalities of those who traveled for at least 4-8 months. The researchers found those who returned after extended getaways showed an increase in three psychological dimensions: 1) Openness to Experience, 2) Agreeableness (i.e. a desire and commitment to get along with others), and 3) Emotional Stability. The control group of test subjects who were not longterm travelers showed zero change in these three metrics.

Zimmermann and Neyer also made another fascinating discovery related to how these changes occur in the brain. The observed personality changes all connected back to one source — the change in the social networks of the travelers. Humans are social creatures, of course, but these findings demonstrate the tremendous psychological benefits of expanding one’s social network. Furthermore, the two metrics most affected by the social network expansion were: Openness to Experience, and Emotional Stability.

The brain’s adaptation mechanisms appear to go into high gear when exposed to new people, new cultures, and new ways of living. It’s this adaptation mechanism that directly linked to the boost in Openness to Experience in the longterm travelers. Simultaneously, the extended exposure to other people and cultures resulted in long-lasting changes in the travelers’ “big picture” perspective on life, giving them a newfound resilience, and the ability to not be emotionally affected by day-to-day changes and fluctuations in life.

The results indicate that a 2-week vacation acts very much like a beautiful bouquet of flowers — it’s gorgeous for a brief moment in time, it’s over before it’s even begun, and apart from a few memories the benefits are almost entirely short-term. Longterm getaways, however, act much like a perennial flower garden — providing your mind, body and soul with a constantly replenished source of fertile beauty and wonder for years and years to come. (Photo background via A2UA.com)
.

Previous post:
9 Tips On How To Safeguard Yourself Online Next Post:
Reacting To News With Premarket Trading