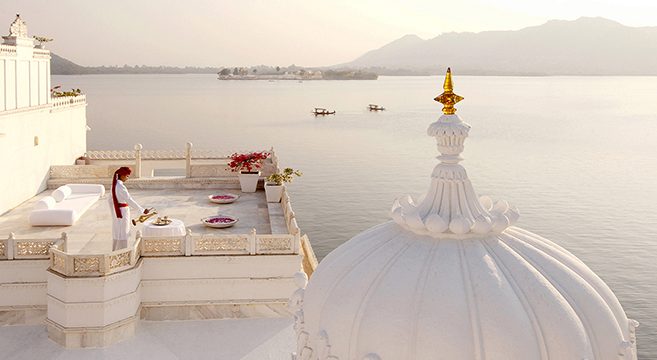 After the young prince, Maharana Jagat Singh II of Udaipur, was caught frolicking at moonlight picnics with ladies of the zenana (i.e. the private chambers of the court), he built his own pleasure palace on Lake Pichola. The Maharana (ruler) called this palace which he built in 1746, Jag Niwas. Jag Niwas is today the majestic and magnificent Taj Lake Palace of Udaipur.

Restored to its pristine glory, this spectacular palace became world renowned when the James Bond film Octopussy was filmed at it. It was the secluded lair of the film’s eponymous Bond Girl. This heritage hotel has 66 luxurious rooms and 17 grand suites. Its location on an island in the midst of a lake affords every room breathtaking views of the neighbouring City Palace, Aravalli Hills, Machla Magra Hills and Jag Mandir. The stunning location provides the perfect backdrop for the world-renowned cuisines at the elegant restaurants of Taj Lake Palace (open only to resident guests).vNeel Kamal for authentic Rajasthani and other dishes from India; and the seasonally open-air Bhairo for contemporary European delicacies.

In the evening, indulge in signature martinis, cocktails and a grand collection of premium international spirits at the bar, Amrit Sagar. Continue being pampered as a royal at Jiva Spa, with a spa boat experience like no other. Carefully created treatments draw on the ancient wellness heritage of India, and the fabled lifestyle and savoir vivre of Indian royalty. This palace continues the tradition of grand soirees and formal levees which were hosted here by the royal family of Udaipur. For business travelers the hotel is a dream –where else can you meet at a palace in the middle of a lake? And as the world’s most romantic hotel, fairytale weddings and magical honeymoons happen year round.

Known as the Venice of the East, the city of Udaipur, with its elaborate palaces, serene lakes, exotic temples and resplendent gardens, has a lot to offer. The concierge at Taj Lake Palace is standing by to assist you in making arrangements, and plan a special tour of the city of lakes in one of our vintage cars. So book your room now and learn more about the #1 most romantic hotel in the world at Taj.TajHotels.com.
. 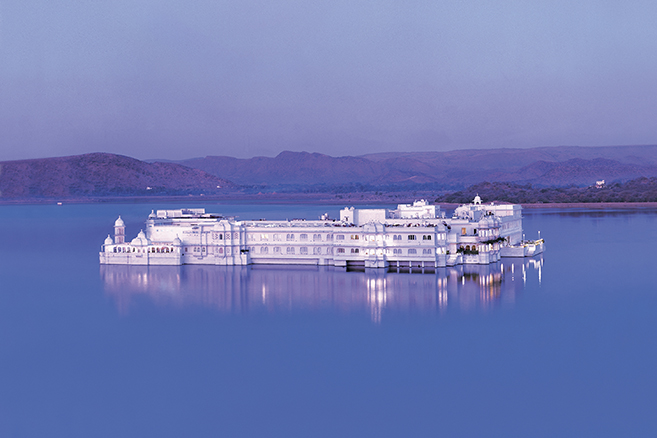 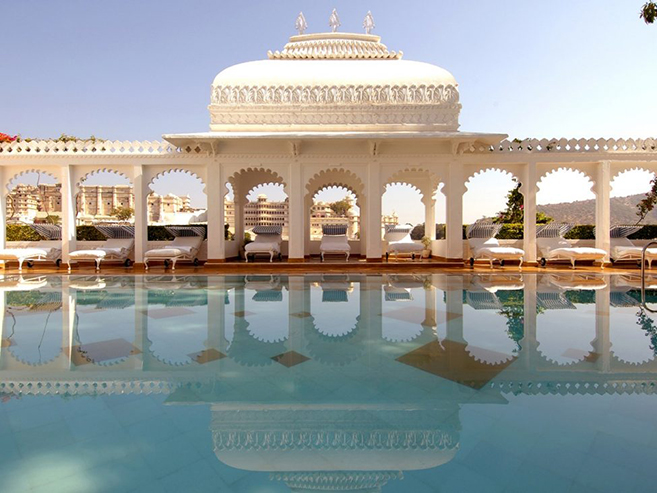 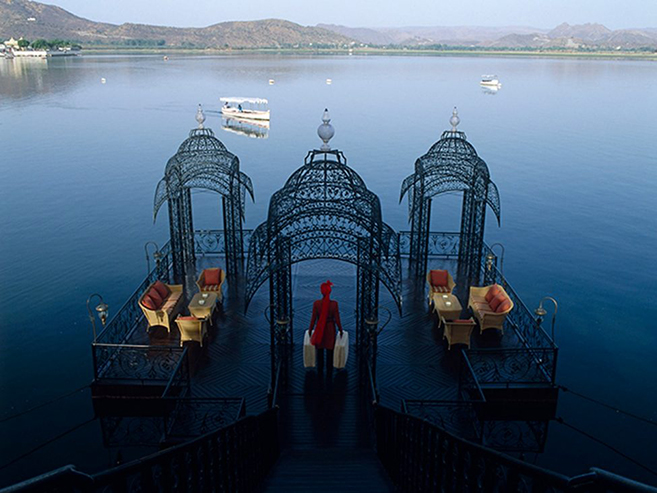 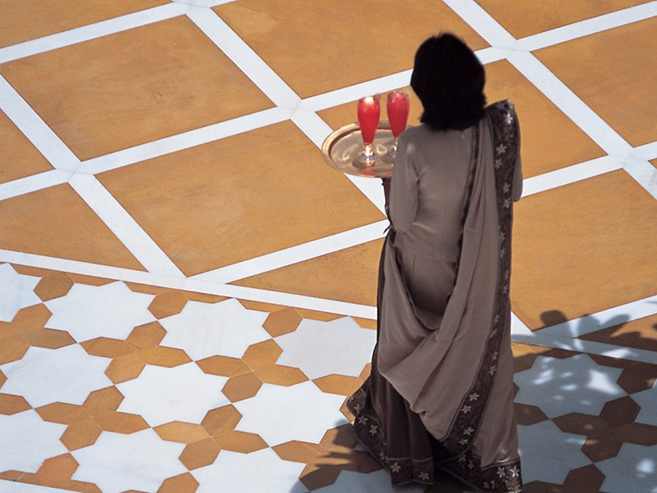 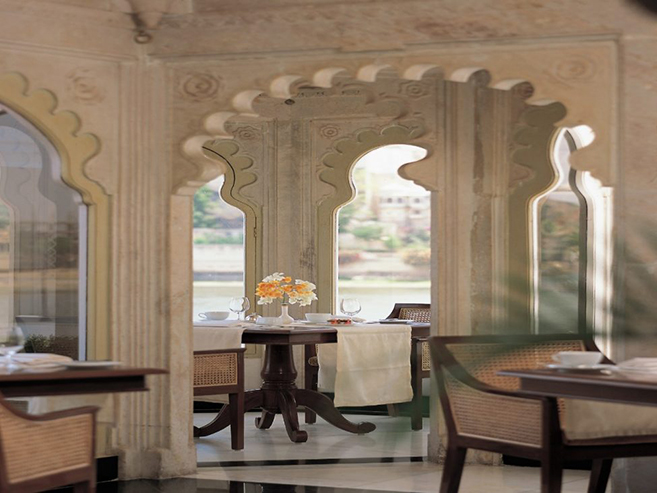 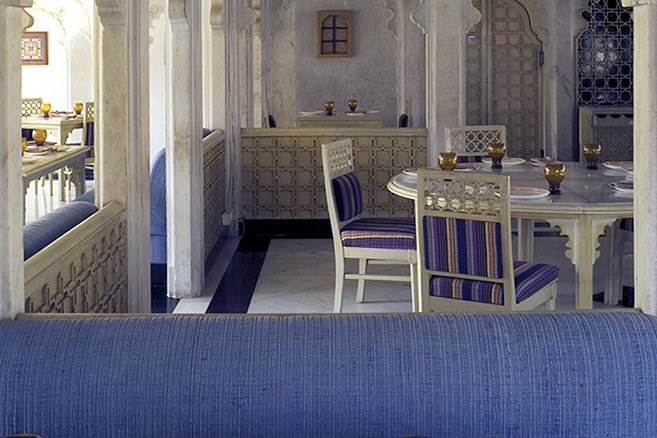 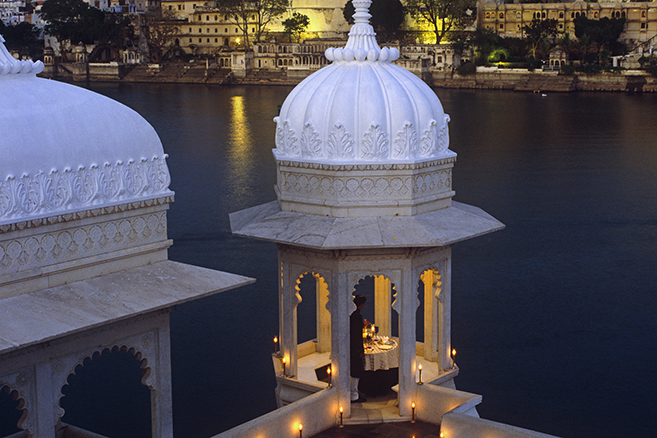 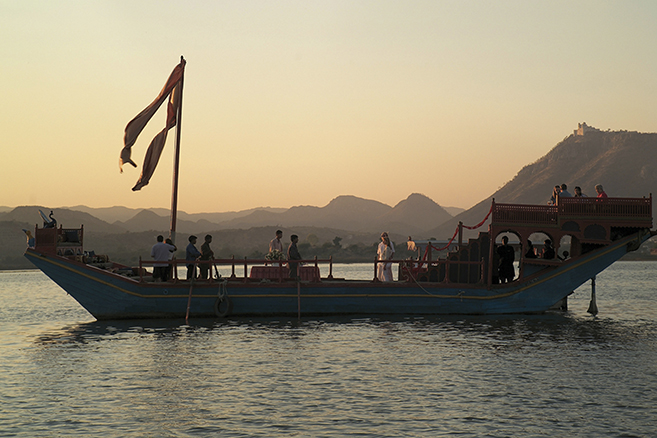 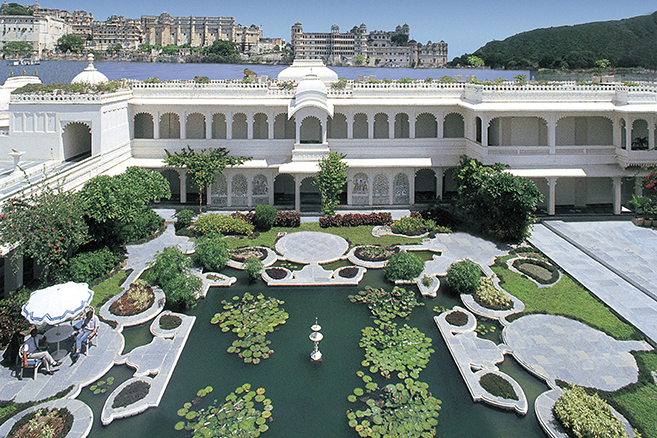 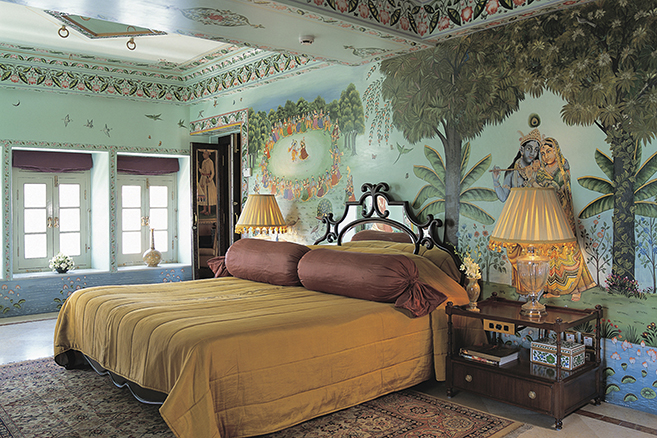 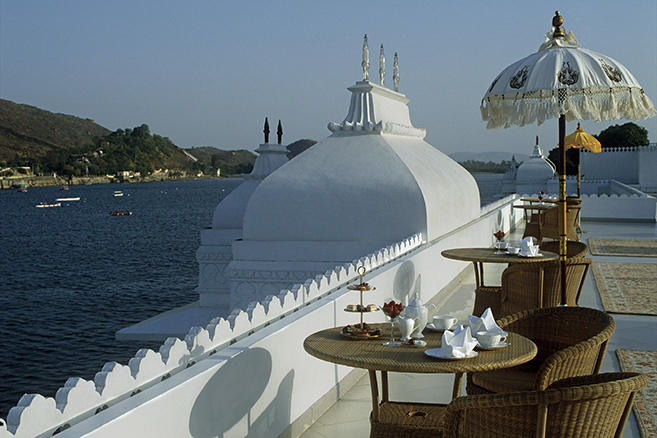 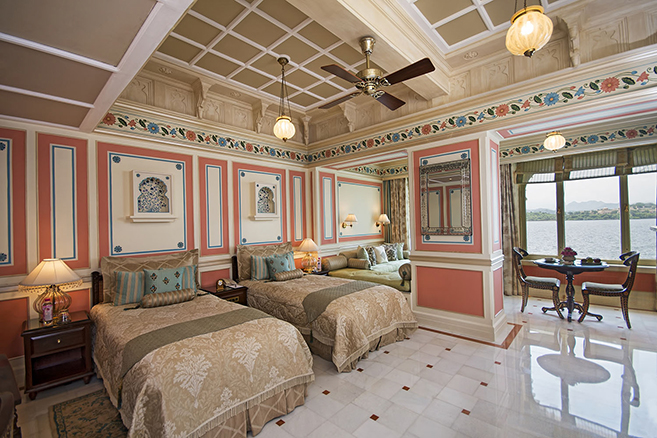 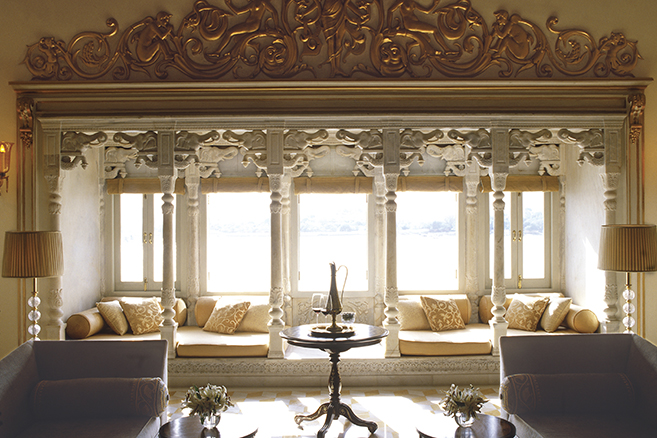 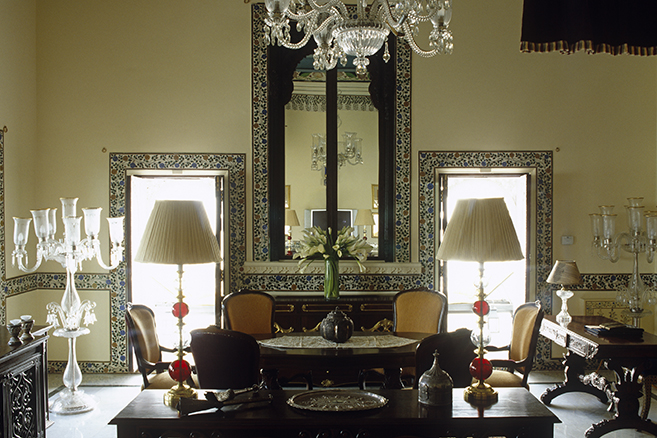 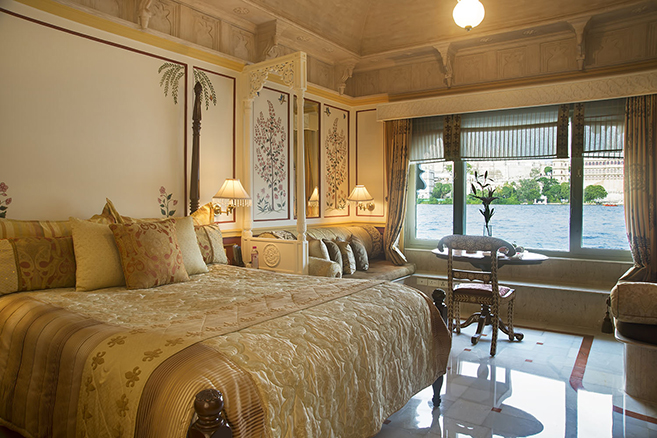 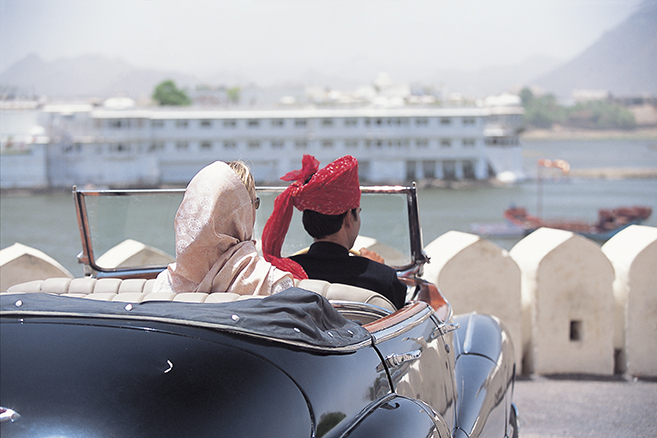 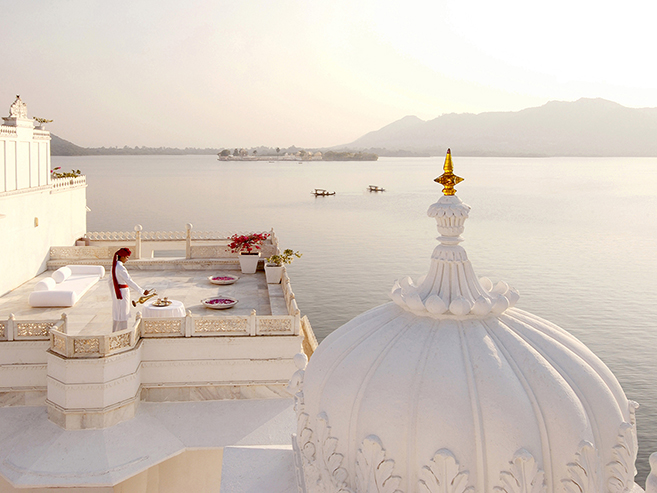