“Your brain doesn’t know how old it is; it just wants to be stimulated,” says Paul Nussbaum, Ph.D., President and founder of the Brain Health Center in an interview with the U.S. Travel Association (which you can watch above). “Travel is a wonderful exercise that helps the brain develop resilience. It’s that resilience that helps delay the onset of diseases. Social isolation increases the risk of dementia; loneliness relates to an increased risk of Alzheimer’s disease. What we’re doing when we travel in new environments — the problem-solving, the meeting new people, creating new memories — it’s all novel, it’s all new; it’s very, very mentally stimulating.”

Nussbaum’s insights highlight the findings of two separate new studies commissioned by the Transamerica Center for Retirement Studies, together with the Global Commission on Aging. The results reveal how taking a vacation significantly reduces the chances of having a heart attack, while simultaneously lowering depression significantly. Furthermore, the second study found the fascinating health benefits reaped by those who live near a large park. Karen Goodwin of FORTUNE writes, “Moving closer to green space improves mental health immediately and is sustained over long periods of time, according to a University of Exeter Medical School study in Britain. ‘These findings are important for urban planners thinking about introducing new green spaces to towns and cities, suggesting they could provide long-term and sustained benefits for local communities,’ the study said.”

One can increase the regenerative benefits of travel even more if they incorporate meditation into their routine each morning before they venture out into the streets of Venice, Paris, or Buenos Aires. Harvard University researchers discovered that meditation can literally rebuild the brain’s grey matter in 8 weeks. The study was led by a Harvard-affiliated team of researchers based at Massachusetts General Hospital, and the team’s MRI scans documented for the very first time in medical history how meditation produced massive changes inside the brain’s gray matter.

“Although the practice of meditation is associated with a sense of peacefulness and physical relaxation, practitioners have long claimed that meditation also provides cognitive and psychological benefits that persist throughout the day,” says study senior author Sara Lazar of the MGH Psychiatric Neuroimaging Research Program and a Harvard Medical School instructor in psychology. “This study demonstrates that changes in brain structure may underlie some of these reported improvements and that people are not just feeling better because they are spending time relaxing.” You can learn more HERE. (Photo by Yosuke Kashiwakura via National Geographic)
. 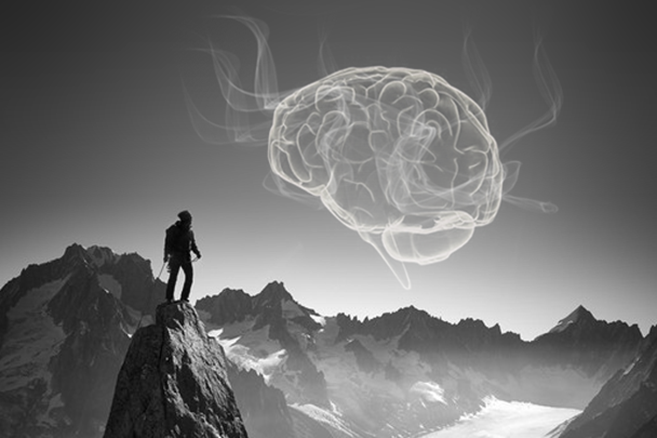 Previous post:
10 Timeless Staples That Will Always Have a Place in Your Wardrobe Next Post:
7 Health Benefits of Getting a Foot Massage