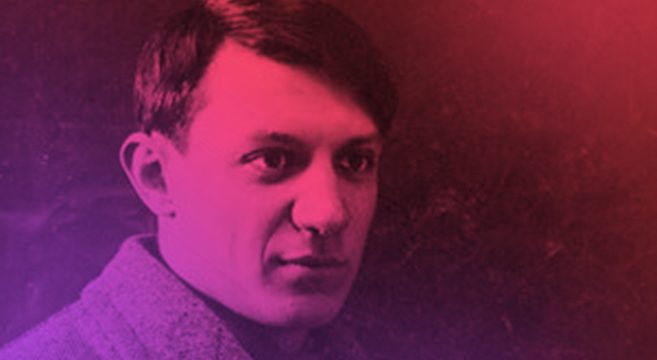 In 18 Simple Words, Picasso Perfectly Captured The Secret To The Meaning & Purpose Of Life

Pablo Picasso (1881-1973) was an original in every sense of the word. His body of work was critical in building the foundations of modernity, and his passion for living every day to its fullest is now the stuff of legend. If life itself is an art form, then Picasso built himself a masterpiece on par with his greatest achievements in the visual arts. He defied every rule, questioned every status quo, and created a universe of art, philosophy, and new ideas that changed the world forever. When it comes to the meaning of life, it’s people like Picasso whose wisdom holds far more weight than a mountain of self-help authors. When asked for his thoughts on why we are here, Picasso once replied:
.

.
Not everyone’s gift is to be an artist. For some that gift could be caring for the elderly, or nature conservation, or cooking, or public speaking. For Picasso, his gift was painting, and that inner voice was so strong it guided his life until the day he died at the age of 92. One of Picasso’s dearest friends was renowned Hungarian artist Brassaï, who tells the story of what Picasso once told him in a conversation in 1944. Picasso said, “When you have something to say, to express, any submission becomes unbearable in the long run. One must have the courage of one’s vocation and the courage to make a living from one’s vocation.” Picasso added, “The ‘second career’ is an illusion! I was often broke too, and I always resisted any temptation to live any other way than from my painting. In the beginning, I did not sell at a high price, but I sold. My drawings, my canvases went. That’s what counts.”

Picasso’s words mirror those of psychotherapist Stephen Cope, who is also a yoga teacher and founding director of the Kripalu Institute for Extraordinary Living (the largest yoga research institute in the West). In his book The Great Work of Your Life: A Guide for the Journey to Your True Calling, Cope brilliantly unlocks the secrets to finding your life’s meaning. And one of the most powerful references comes from the lost Coptic Gospel of Thomas, which reads: “If you bring forth what is within you, what you bring forth will save you. If you do not bring forth what is within you, what you do not bring forth will destroy you.” In other words — discover your gift, at all costs. It is the very foundation of life itself.

Most would agree that 99% of the hard work lies in the first part of Picasso’s equation to life. The second part (“The purpose of life is to [give your gift] away”) is much easier to fulfill. Ultimately, Picasso’s two-part challenge serves the highest purpose of life itself: to live a life that elevates each one of us closer to becoming more fully human, and to inspire others to do the same.

Picasso discovered his gift in art, and he spent his entire life giving back his collection of discoveries to help enrich the world and everyone in it. No matter what your gift is, there’s a 100% chance it will have the same purpose as Picasso’s. “The purpose of art,” he once said, “is washing the dust of daily life off our souls.”
.