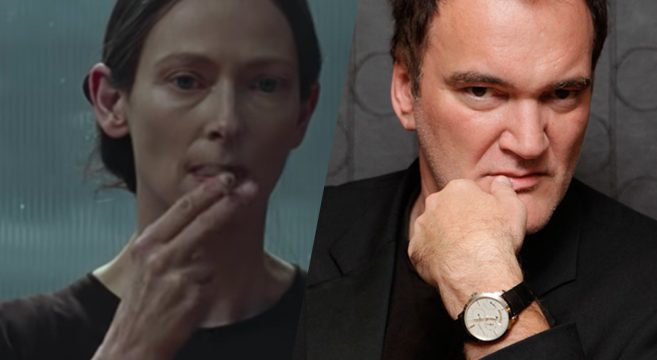 This Generation’s “The Shining”: Tarantino Was Brought To Tears When He Watched “SUSPIRIA”

My favorite film of the past ten years is director Luca Guadagnino’s masterpiece I Am Love, and fresh off his award-winning success with Call Me By Your Name, the renegade Italian director is poised for yet another critical tour de force with his remake of the 1977 horror film SUSPIRIA. Of the select few who have already seen advance screenings of the film, Quentin Tarantino himself was brought to tears when he saw it, and hugged Guadagnino after the credits rolled.

“I showed it to Quentin Tarantino. We’ve been friends since our jury duty at the Venice Film Festival,” Guadagnino said. “I was nervous but eager to hear his advice. We saw it at his place and his reaction warmed me. He was enthusiastic about it, in the end he was crying and hugged me. Because it’s a horror movie but also a melodrama, my goal was to make you look at the horror without being able to take [your eyes off the screen] because you’re captivated by the characters. Amazon is very happy.”

Chloë Grace Moretz, who co-stars in the film, also raves about the finished product. The film is the “closest to modern Stanley Kubrick” she has ever seen. “You’re put into a world, which I can only describe it as being like The Shining in a lot of ways, where you’re just encompassed in a filmmaker’s brain and you’re just implanted in there, and there’s nothing like it that you will ever see.”