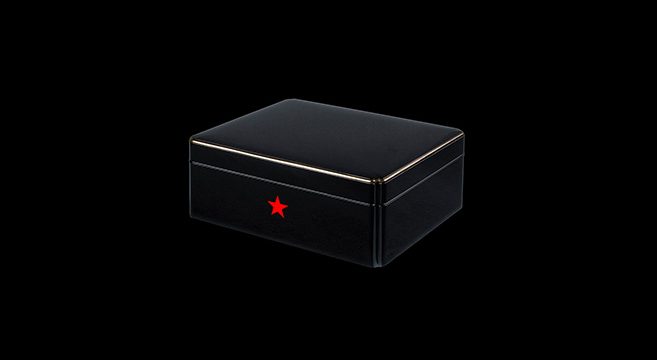 There are many trails the Special Counsel is following in his pursuit of truth and justice in his investigation of Donald Trump. As of this morning, many new trails have likely been opened thanks to the release of a brand new book entitled Russian Roulette: The Inside Story of Putin’s War on America and the Election of Donald Trump (Twelve Books), written by Michael Isikoff, chief investigative correspondent for Yahoo News, and David Corn, Washington bureau chief of Mother Jones. The book will be released on March 13.

The book contains a wide range of new details that Robert Mueller will certainly be interested in, but none moreso than a mysterious letter inside a black laquer box that Vladimir Putin sent to Donald Trump in New York, days after the Miss Universe competition in Moscow in November 2013. It was delivered by the daughter of one of Russia’s wealthiest oligarchs, Aras Agalarov. After spending years begging to meet the Russian President, this box was the very first form of communication between Trump and Putin, which is why Mueller will want to know what it contained. The following is an excerpt from Russian Roulette: “Trump was finally on his way in Russia. And shortly after the Miss Universe event, Agalarov’s daughter showed up at the Miss Universe office in New York City bearing a gift for Trump from Putin. It was a black lacquered box. Inside was a sealed letter from the Russian autocrat. What the letter said has never been revealed.”

Lawrence O’Donnell explains more in the video below. And for a full explanation of how the box connects to a timeline involving the 97th birthday party of Evangelist Billy Graham, a Moscow hotel room, and Trump’s early dreams of becoming President, visit Mother Jones.
.