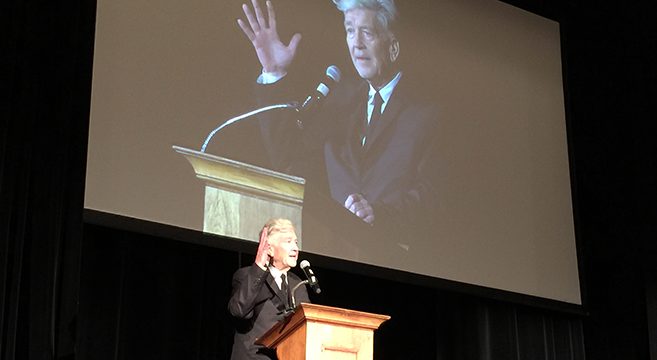 It’s not everyday that you get to meet one of your biggest heroes, so last night as David Lynch and Bob Roth spoke about transcendental meditation at the Wilshire Ebell Theatre it was a memory that will stay with me forever. I first learned of David’s passion for TM (which he began in 1973) from this incredible video where he answers a teacher’s question about whether or not TM will help her and her students. Perhaps the world’s best known proponent of TM, David Lynch writes, “I started Transcendental Meditation in 1973 and have not missed a single meditation ever since. Twice a day, every day. It has given me effortless access to unlimited reserves of energy, creativity and happiness deep within. This level of life is sometimes called ‘pure consciousness’—it is a treasury. And this level of life is deep within us all.”

David first discovered TM over a phone call with this sister. He noticed something profoundly different in the sound of her voice and her overall spirit. That was in 1973, and it was all it took to convince him TM was a life-changer. Since then, he has traveled the world speaking on the benefits of TM, and The David Lynch Foundation (which he started in 2005) has taught the technique to hundreds of thousands of people for free. “In 2005, we started the David Lynch Foundation for Consciousness-Based Education and World Peace to ensure that every child anywhere in the world who wanted to learn to meditate could do so,” writes David. “Now, the Foundation is actively teaching TM to adults and children in countries everywhere. How are we able to do it? Because of the generosity of foundations and philanthropists and everyday people who want to ease the suffering of others—and who want to help create a better world.”

In last night’s lecture, David’s colleague, Bob Roth (CEO of the David Lynch Foundation) spoke on the miraculous benefits of TM. It is the gold standard treatment for PTSD (nothing else even comes close), it a miraculous treatment for anxiety, depression, addiction, assault trauma, and that’s just the tip of the iceberg. Bob Roth says, “I’m 67 years old and I haven’t been sick in decades.”

So how does it work? TM is a simple, natural, effortless technique practiced 20 minutes twice a day while sitting comfortably with the eyes closed. It’s not a religion, philosophy or lifestyle. TM allows the active thinking mind to settle inward to experience a naturally calm, peaceful level of awareness. During TM, the body enjoys a profoundly rejuvenating rest, while the brain functions with significantly greater coherence.

Brain research has identified three basic approaches to meditation: 1) Focused Attention (concentrating on a thought or object); 2) Open-Monitoring (observing breath, thoughts, or the environment); 3) Automatic Self-Transcending (spontaneously experiencing quieter levels of thought–a unique state of restful alertness). The Transcendental Meditation technique involves no focused attention (1) nor open monitoring (2). It is a process of automatic self-transcending (3), allowing the practitioner to experience a field of calm deep within.

TM has worked wonders in many people’s lives around the world, but some of the best known lovers of TM include: Oprah Winfrey, Ellen DeGeneres, Jerry Seinfeld, Tom Brady, Gisele Bundchen, Paul McCartney, Katy Perry, Hugh Jackman and many more. I’ve included some more information below, as well as a couple videos from last night’s lecture (I will post the full video when it comes online). For more information be sure to visit DavidLynchFoundation.org and see all their videos on YouTube.
. 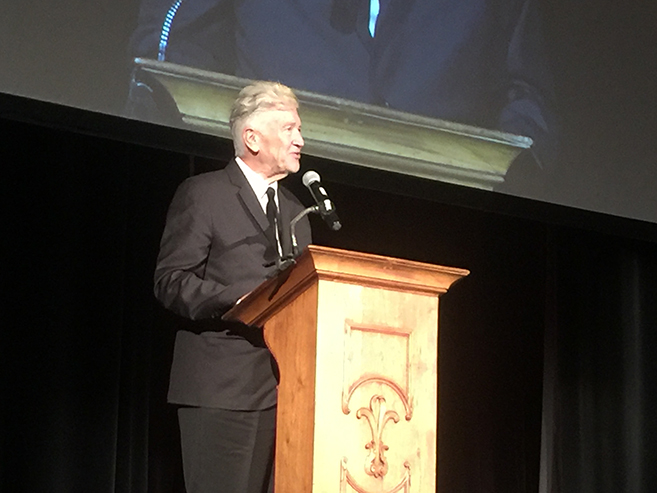 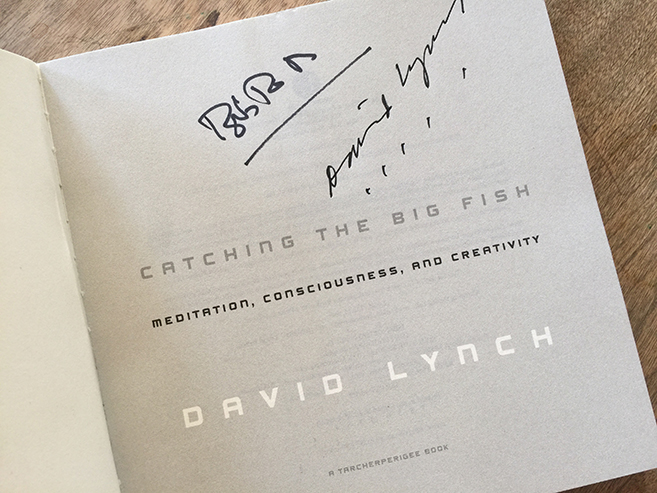