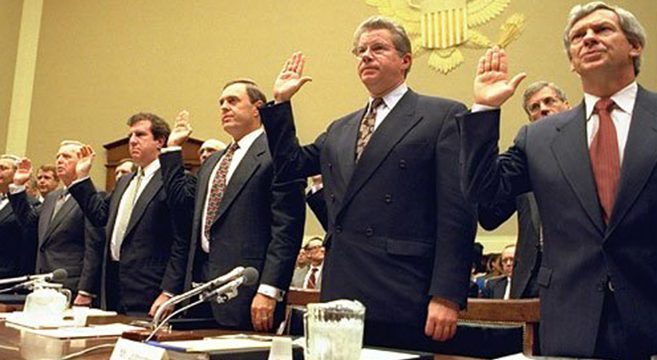 It looks like the it’s the beginning of the end for the opioid industry and its drug lords in Big Pharma. As of this morning, 40 State Attorneys General are laying the preliminary groundwork in a collective show of force to bring the opioid manufacturers to their knees.

As the major collective lawsuit forms, 10 states and a huge number of cities have already sued the following companies, with most cases appearing in the last few months: Purdue Pharma, Endo, and Johnson & Johnson’s Janssen Pharmaceuticals. The lawsuits are built on the following position: “The suits allege that the companies triggered the opioid epidemic by minimizing the addiction and overdose risk of painkillers such as OxyContin, Percocet, and Duragesic. Opioids don’t just cause problems when they’re misused, the suits argue: They do so when used as directed, too.”

The man behind the lawsuit is Mike Moore, the lawyer who spearheaded the case against Big Tobacco, and who negotiated the biggest corporate legal settlement in U.S. history. Moore is “convinced this is the moment to work the same mechanisms on the drug companies that forced the tobacco industry to heel,” writes Esmé E. Deprez and Paul Barrett in Bloomberg. “Just as he did during the tobacco-litigation era, Moore has been traversing the country to recruit people … Moore and his allies hope to corral at least 25 states to exert enough pressure, collect enough evidence, and drive potential damages so high that it will be cheaper for opioid manufacturers to back down.”

The Washington Post adds, “The lawsuits come as states and communities grapple with the economic impact of a prescription drug epidemic that has resulted in nearly 180,000 overdose deaths between 2000 and 2015 — more than three times the number of Americans who died during the Vietnam War. The epidemic has led to thousands more deaths from overdoses of heroin and fentanyl, which are becoming easier and cheaper to obtain than prescription drugs.” (Photo credit: John Duricka/Associated Press via The New York Times)
.