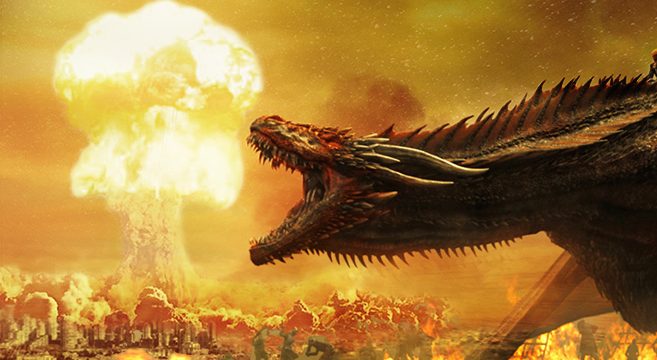 In his fascinating 2010 article for The New York Times entitled This Is Your Brain On Metaphors, Robert Sapolsky, author of Why Zebras Don’t Get Ulcers, explains how a single part of the brain like the insula (which handles disgust), and the anterior cingulate (which handles pain), have evolved to also handle the metaphoric and symbolic versions of disgust and pain. With both the physical and symbolic coming from the same neighborhood, the rest of the brain can easily confuse the two, leading to interesting results. Sapolsky gives examples from current behavioral research:

“Volunteers were asked to evaluate the resumes of supposed job applicants in experiments where the critical variable (the resume) was attached to a clipboard of one of two different weights. Subjects who evaluated the candidate while holding the heavier clipboard tended to judge candidates to be more serious, with the weight of the clipboard having no effect on how congenial the applicant was judged. After all, we say things like ‘weighty matter’ or ‘gravity of a situation.’ … Symbols, metaphors, analogies, parables, synecdoche, figures of speech: we understand them. We understand that a captain wants more than just hands when he orders all of them on deck. We understand that Kafka’s Metamorphosis isn’t really about a cockroach. If we are of a certain theological ilk, we see bread and wine intertwined with body and blood. We grasp that the right piece of cloth can represent a nation and its values, and that setting fire to such a flag is a highly charged act. We can learn that a certain combination of sounds put together by Tchaikovsky represents Napoleon getting his butt kicked just outside Moscow. And that the name “Napoleon,’ in this case, represents thousands and thousands of soldiers dying cold and hungry, far from home.”

Sapolsky also recounts the true story of how Nelson Mandela used his own home — and the living metaphor of his comfy living room couch — as the negotiation site between himself and an Afrikaans general. That personal exchange on his sofa set forth a series of events and ideas that led to both symbolic and actual peace in South Africa.

Metaphors are incredibly powerful tools, and if one is observant of every time they appear in one’s daily life, those observations would last from dawn through dusk. But reality aside, there is no greater purveyor of metaphor than the world of entertainment. And in today’s current zeitgest, the king of entertainment is undoubtedly the pop culture phenomenon of Game of Thrones.

Back in June 2014, the Bulletin of the Atomic Scientists (the agency responsible for setting the time on the Doomsday Clock each January) published a terrific piece metaphorically linking the dragons on Game of Thrones to nuclear weapons. Entitled Game of Thrones: The Dragons & Nuclear Weapons Nexus, Timothy Westmyer writes: “On the surface, Game of Thrones is merely another cable television series with the requisite battles, backstabbing court intrigue, and scantily clad (or unclad) characters. But it has deeper meanings with a surprising number of lessons about peace and security for real life. Commentators from institutions such as the Fletcher School of Diplomacy, Foreign Policy, and The Atlantic have written about how this HBO show — based upon George R.R. Martin’s epic fantasy series, A Song of Fire and Ice — helps explain international relations in the real world. One parallel, however, has escaped analysis: dragons as living, fire-breathing metaphors for nuclear weapons. Despite the fantasy setting, the story teaches a great deal about the inherent dangers that come with managing these game-changing agents, their propensity for accidents, the relative benefits they grant their masters, and the strain these weapons impose upon those wielding them.”

What Westmyer could never have predicted back in June 2014 was the shocking election victory that was coming down the road in 53 months’ time. In our now even more dangerous new world, we are inching even closer to nuclear war than ever before. So the Game of Thrones nuclear dragon metaphor is most definitely due for a revisit and an upgrade. Thankfully, earlier today Scientific American published a brand new essay by Michael Shurkin entitled Dragons, Nukes and Game of Thrones which does just that.

“The comparison is easy to understand; dragons are a game changer for warfare in Westeros. But if Daenerys uses them to ‘melt castles and burn cities,’ as potential ally Jon Snow warns her against doing, there’s no going back … Although Daenerys no longer has a monopoly on dragons, the problem she faces is not comparable to what American presidents had to deal with once the U.S. lost its monopoly on nuclear weapons. Basically, her dragon-armed opponents are zombies — they’re already dead — and their objective is essentially to kill everyone. In this case the comparison is favorable to us, in the real world. We can reasonably rely on the capacity of those who have nuclear weapons to understand that there is something fundamentally different about them … Nuclear weapons force us to accept foreign policy outcomes that are far from desirable. One might argue for doing whatever it takes to prevent other nations from acquiring nuclear weapons, but once they have them, nothing much can be done. The argument for melting a nuclear power’s castles and burning its cities becomes as much a fantasy as Game of Thrones.”

Today, there is no greater nuclear provocateur than North Korea, led by its own zombie-like leader who shows absolutely no regard for human life whatsoever, and who himself appears to be dead on the inside. With millions of viewers around the world, it’s fascinating to consider the possibilities of how Game of Thrones‘ nuclear metaphor might have creeped into the minds of its fans and subliminally affected their views on the use of these ‘dragon weapons’ in real life.

If metaphors truly are the secret to achieving success in diplomacy, as Nelson Mandela so elegantly proved, then nobody would understand this better than Henry Kissinger. America’s most respected diplomat, Kissinger has advised every President since Richard Nixon, and few (if any) have a better understanding of the nuclear chess game that is currently unfolding between North Korea, the United States, and China. Watch below as he gives a brilliant explanation of where we are with North Korea, and why China realized only a couple of years ago what the solution must be. Thankfully it’s not a nuclear solution, but even though it will still be a messy path forward, we can take comfort in the fact that today marks the first time in history that China and America are closer than ever to being on the same page when it comes to the solution.
.