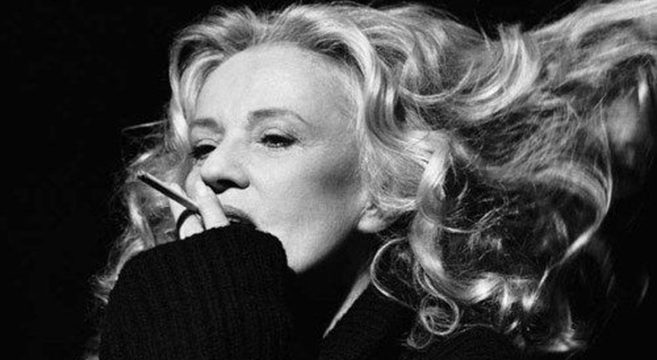 Legendary French actress Jeanne Moreau passed away earlier this week on July 31, 2017, at the age of 89. Her iconic career spanned 7 decades and included performances in 130 movies, many of which were directed by the greatest filmmakers of our time including Orson Welles, François Truffaut, and Louis Malle. Welles famously described Moreau as “The greatest actress of our time.” Charlie Rose recently paid tribute to Moreau in this 20-minute edited collection of his favorite moments from interviewing the grande dame of the French New Wave over the past 25 years, and you can watch it in full above. You can also read The New York Times‘ look back on her life at NYTimes.com.
.

Thank you, Jeanne Moreau, for your endless talent. The actress made her mark on the French New Wave, notably in Truffaut’s “Jules et Jim.”

the bold and beautiful icon. An inspiration for me

Remembering this magnificent day when i first met my favorite actress Jeanne Moreau! She died today. 🙏🏻 There was no one like her. 🦄💘

We’re saddened to learn that Jeanne Moreau has passed away. Moreau received a BAFTA Fellowship in 1996 honouring her remarkable career pic.twitter.com/QtxDHGtXen

Previous post:
Celine Dion’s Fine New Boyfriend Is More Than Just A Hot Dancer, He’s Also A Brilliant Illustrator Next Post:
5 Of The Best Romantic Lifetime Movies You Can Stream On Netflix