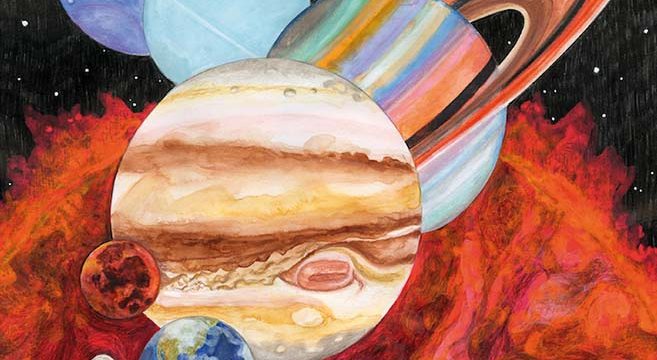 In 2013, not long after wrapping up his epic music project inspired by the 50 states, Sufjan Stevens teamed up with some friends for another doozie. Sufjan joined Bryce Dessner of The National, Nico Muhly, and drummer James McAlister for a composition inspired by our very own solar system. The boys performed the lengthy work, entitled Planetarium, over the course of several nights at the Brooklyn Academy of Music. Now they’re releasing it in the form of a 17-track album on June 9th via 4AD. Check out ‘Saturn’, the album’s first single and video below, as well as the LP’s teaser. And be sure to read the fascinating story behind the album by visiting 4AD.com.
.