In a 2010 interview with Charlie Rose, Tilda Swinton was asked about her reputation as a fashion icon and glamour aficionado. “It’s about partnerships and friendships and whipping things up in groups, really,” she explains. “I don’t think if I had friends who made beautiful things and sometimes made them for me if I would ever go out in public, frankly. I’m only ever prepared to go out in public if someone has made something nice for me to put on.” Now Tilda’s status as a paragon of fashion has reached a new level — as a designer. Her brand new collection of sunglasses is a collaboration with South Korean eyewear brand Gentle Monster™.

“Gentle Monster has always been an avid admirer of Ms. Swinton’s artistry,” says Gentle Monster™ U.S. vice president Taye Yun. “Whether through film, photography or performance art, her vision and aesthetic is in-line with the Gentle Monster™ DNA. Not only is she Gentle Monster’s muse, but she also represents the core identity of what Gentle Monster™ is all about.” The collection is now available at Colette, Net-a-Porter, Saks Fifth Avenue, Nordstrom, and Dover Street Market. Retailing between $250 and $286, the glasses come in three designs and three different colors (rosy pink, mirrored silver, and yellow-tinted lenses in oversized frames). “We almost captured a piece of Tilda’s soul in the collection, thanks to her extraordinary involvement,” says Gentle Monster™ founder and CEO Hankook Kim. “With every detail from design direction to color and style, Tilda has been directly involved.”

To launch the collection, Tilda teamed up with Erik Madigan Heck on the line’s accompanying photographs and short film entitled The Endgame. Inspired by Ingmar Bergman’s 1957 classic, The Seventh Seal, the film features Swinton in a chess match and sword duel with what appears to be her alter ego. Ironically, Swinton’s newest film happens to be another South Korean passion project about a gentle monster. OKJA, directed by Bong Joon Ho (Snowpiercer), tells the story of a young girl named Mija who risks everything to prevent a powerful, multi-national company from kidnapping her best friend — a massive animal named Okja. It debuts June 28th, 2017 on Netflix (watch trailer below). To grab your own pair of Tilda’s sunglasses you can visit GentleMonster.com.
. 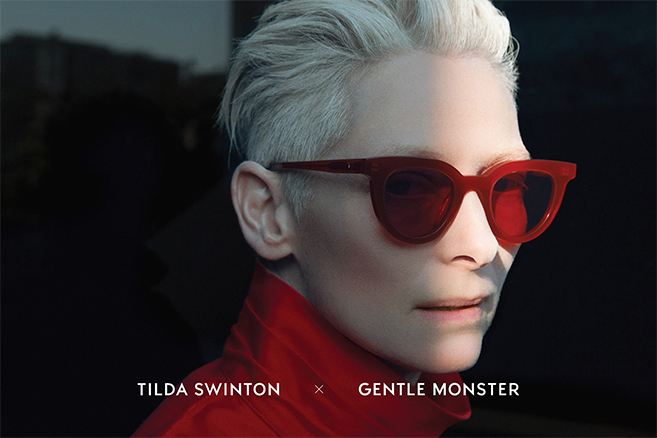 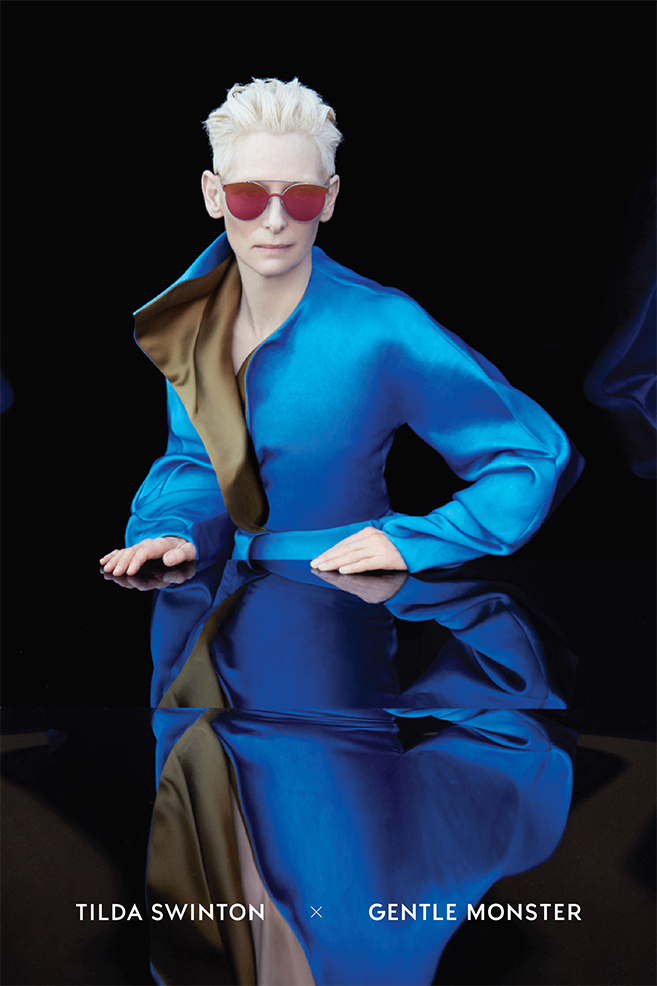 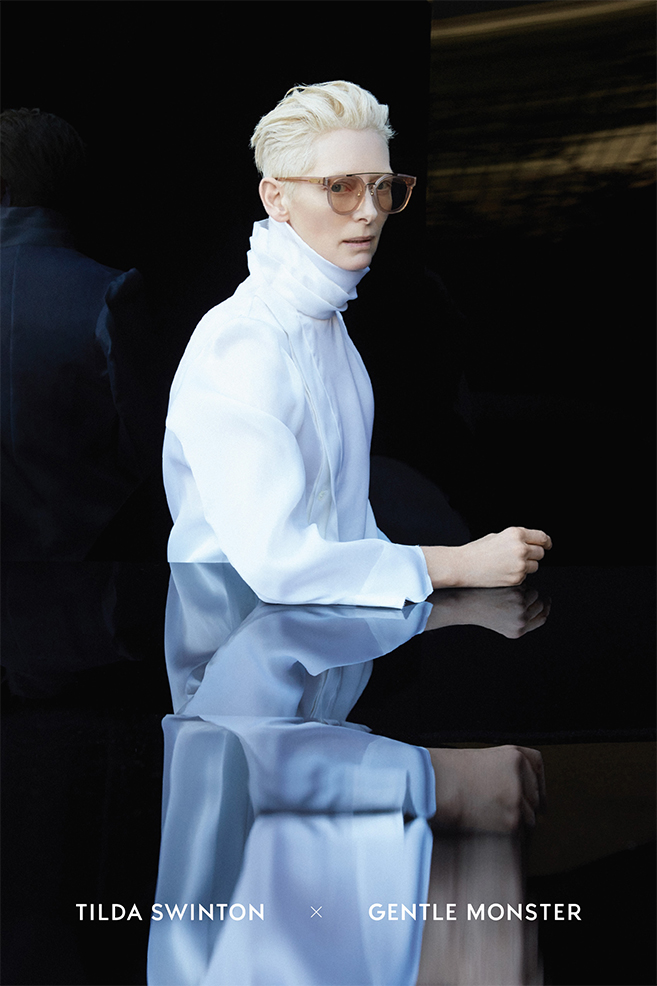 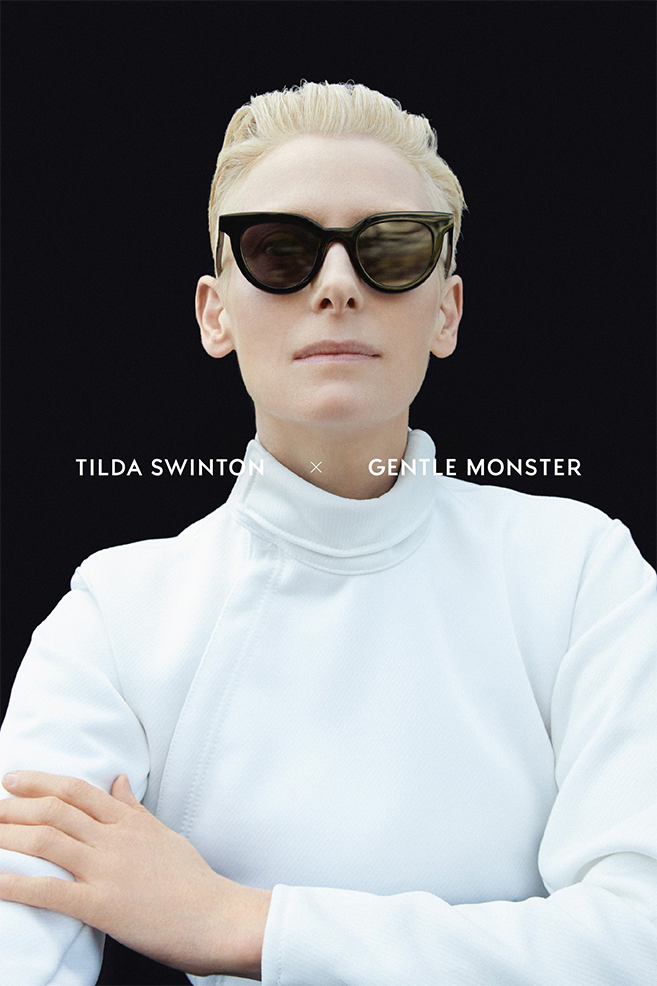 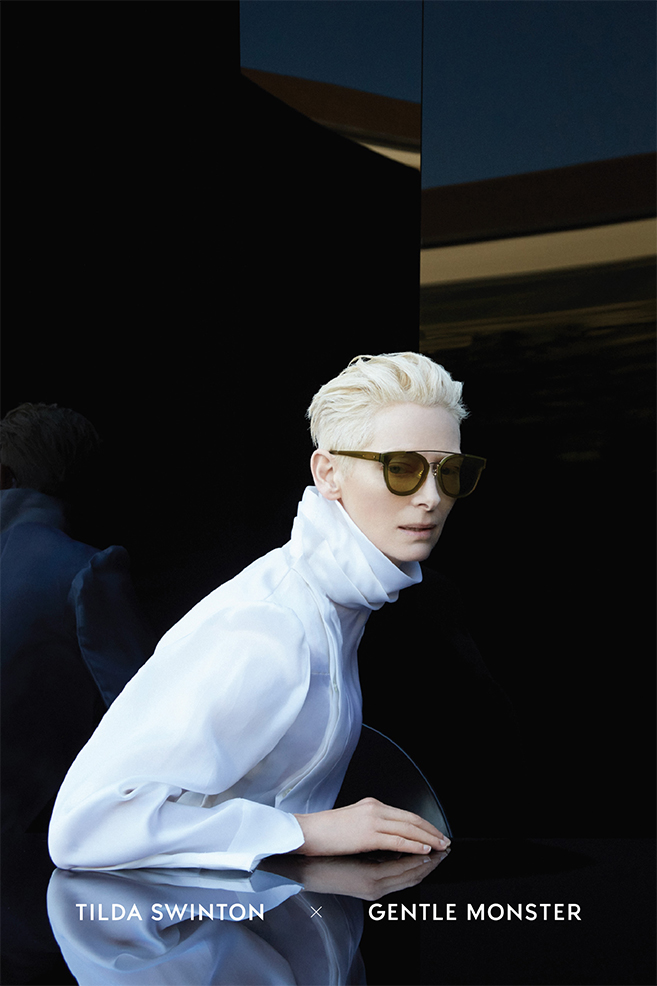 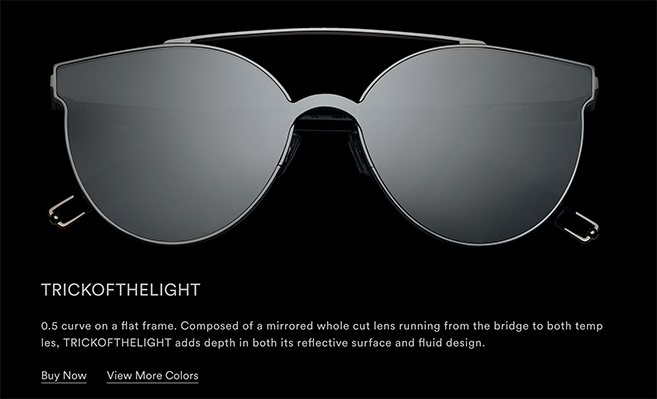 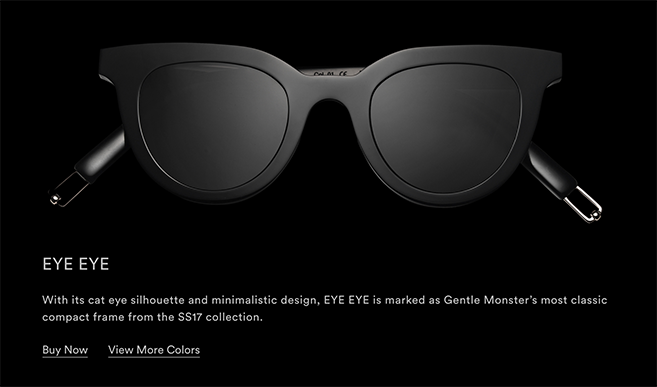 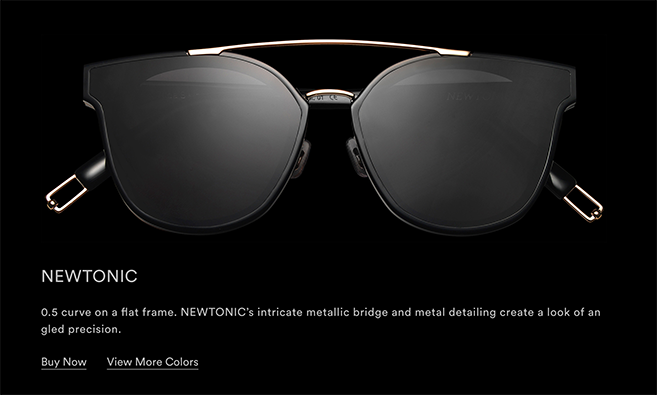