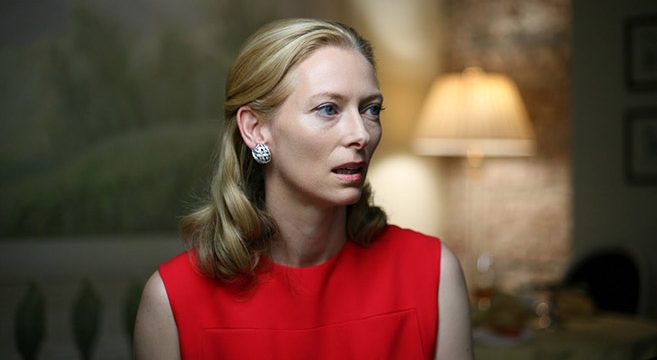 The Queen of FEELguide has done it again. Adding to her long list of remarkable transformations, Tilda Swinton has been photographed on the set of her latest movie looking completely unrecognizable, sporting old man makeup and wardrobe from head to toe. Swinton is currently filming Suspiria, a remake of the eponymous 1977 horror film of director David Argento. This update is under the masterful watch of Swinton’s I Am Love co-producer and director, Luca Guadagnino. The following is the synopsis: “Susie Bannion (Dakota Johnson), a young American woman who travels to the prestigious Markos Tanz Company in Berlin in 1977, arriving just as one of its members, Patricia (Chloë Grace Moretz), has disappeared under mysterious circumstances. As Susie makes extraordinary progress under the guidance of Madame Blanc (Tilda Swinton), the Company’s revolutionary artistic director, she befriends another dancer, Sara (Mia Goth), who shares her suspicions that the Matrons, and the Company itself, may be harboring a dark and menacing secret.” Could Swinton possibly be portraying an old man version of Madame Blanc? Or is it a new character altogether? We will just have to wait. (Photos: Splash News, Getty)
. 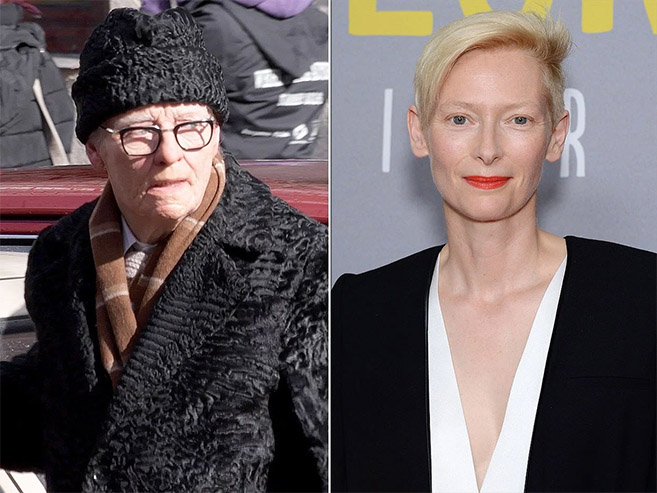 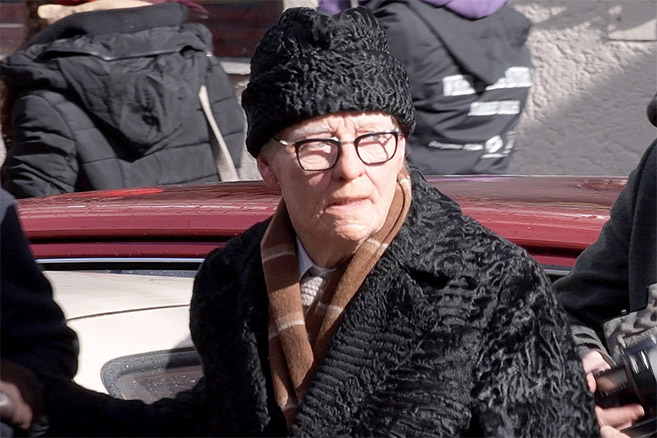 Holy Moly!
Tilda Swinton is unrecognisable for her role in Suspiria remake ??
An Oscar for her?
Pic credit: RKvideo/SplashNews pic.twitter.com/xpDpteDLCP

Previous post:
Watch Christopher Hitchens’ Widow & Colleagues Discuss How He Would Have Reacted To Trump Next Post:
New Class Of Migraine Drugs Is Giving People Their Lives Back, But It Comes With A Hefty Price Tag