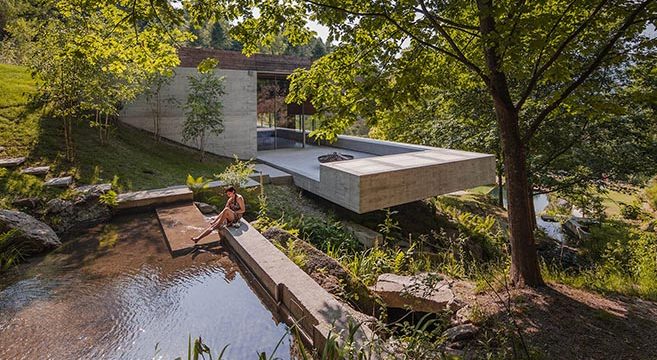 H.G. Wells’ Love Of Portugal & The Stunning Home Up North Which He Would Consider “The Dream”

“Wet or fine, the air of Portugal has a natural happiness in it, and the people of the country should be as happy and prosperous as any people in the world.” These words of Portuguese praise date back nearly a century to 1924 and come from none other than H.G. Wells (1866-1946), the legendary science fiction writer who spent 1923 and 1924 writing several columns for various newspapers around the world, including The New York Times. The very best of these columns were compiled into the 1924 book, A Year of Prophesying, and included his now famous love letter to Portugal, which he cherished as one of his favorite places on Earth.

It was during his time in Portugal that H.G. Wells wrote his 1924 novel, The Dream, which is set in a utopian future around 4,000 A.D. Much of the novel consists of the main character, a biologist named Sarnac who, during a tranquil holiday with friends, recounts a vivid dream he had one afternoon of a British man from the early 20th century. Wells wrote The Dream as a social commentary and a way of representing our primitive modern age as an “Age of Confusion” and absurd rituals (i.e. smoking, religion, hunting, etc.) from which humanity would eventually break through, rise above, and create a better world thanks, in most part, to science and common sense.

It’s been 70 years since H.G. Wells left our world for the great beyond, but if he could hop in one of his beloved Time Machines and revisit Portugal in 2017 he could take comfort in knowing that it remains as staggeringly beautiful as it was when he first fell in love with it so many years ago.

One of the crown jewels of the country is the northern region which is filled with an endless offering of vineyards to explore such as the ones in the Trás-os-Montes area, as well as magnificent train-and-boat day trips, the Peneda-Geres National Park which includes a hike to a waterfall, world class cycling trails, and let’s not forget the timeless city of Porto on the Pacific coast. You can see all the top recommendations of adventures and day trips waiting for you in northern Portugal on Trip Advisor.

But if you’re like H.G. Wells and you crave the fresh, sweet air of Portugal’s natural beauty, then you have a lot in common with one man who recently built what is quite possibly the most incredible modern villa in the entire north of the country. Designed by the firm of architect José Manuel Carvalho Araújo, the Casa do Gerês is tucked away in Portugal’s Caniçada Valley in the Vieira do Minho region. The home belongs to José Maria Marques Ferreira, who worked closely with Araújo to make sure the natural elements of the site were incorporated into the design.

A natural stream was integrated into the concrete stepping stone entrance up atop the bluff, which splashes its way down to a natural lake pool below. The steep hillside itself was turned from a liability into a natural asset, and perfectly hugs the home in such a way that it’s hard to imagine a time when the home was never there at all. And all windows and fenestration are carefully oriented to frame specific views of the breathtaking landscape that surrounds the residence.

But what started as a story on a beautiful residential design, quickly took a surprising turn when I realized the Casa do Gerês is not just a private home — it’s also available for rent for 6 guests. Equipped with 3 bedrooms, 3 beds, 4 bathrooms, the natural pool, as well as a jacuzzi, the Casa do Gerês can be yours for $1,063 US/night (i.e. €1,000/night). You can browse availability at TopGeres.pt. Oh, to dream.

In The Dream, H.G. Wells paints a portrait of a utopia set 2,000 years in the future, and although there’s no way to know exactly what that world will look like, what we do know is that Portugal imbued enough “natural happiness” in its air to spark the creative inspiration for Wells to write the novel in 1924. And if a country as magical as Portugal can inspire such works of art, imagine what a week in this home could do for the next great writer of the 21st century — the natural beauty of Portugal combined with the architectural beauty of the Casa do Gerês sounds like a heavenly match for just about anyone. Perhaps there really is something in the air here — the very stuff that dreams, and vacations, are made of.
. 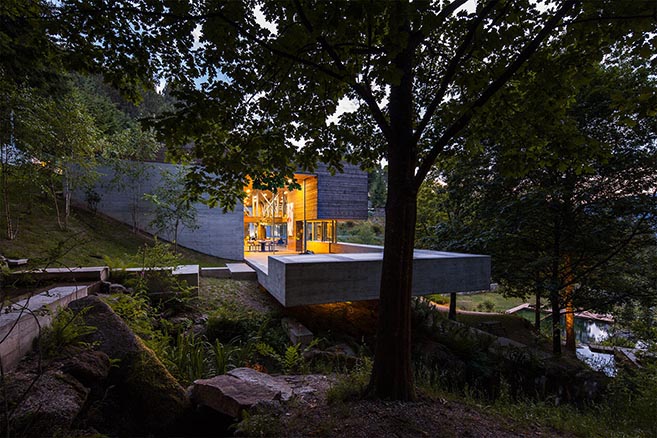 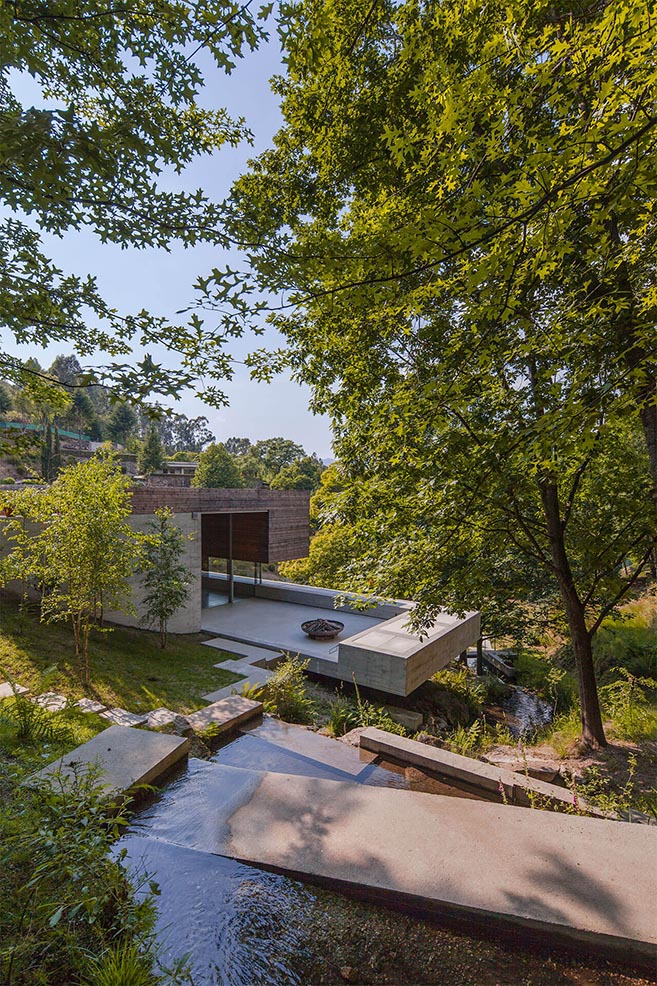 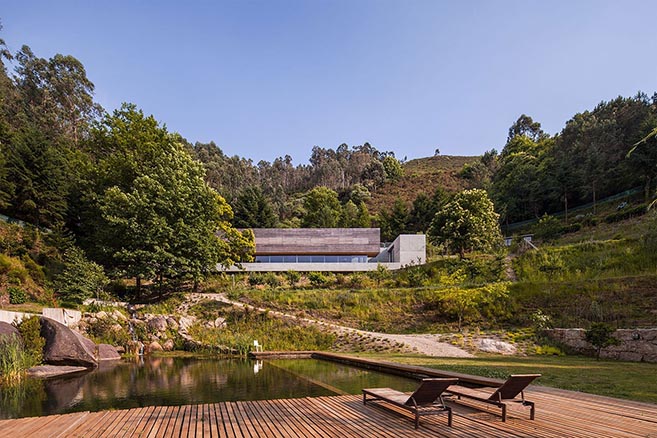 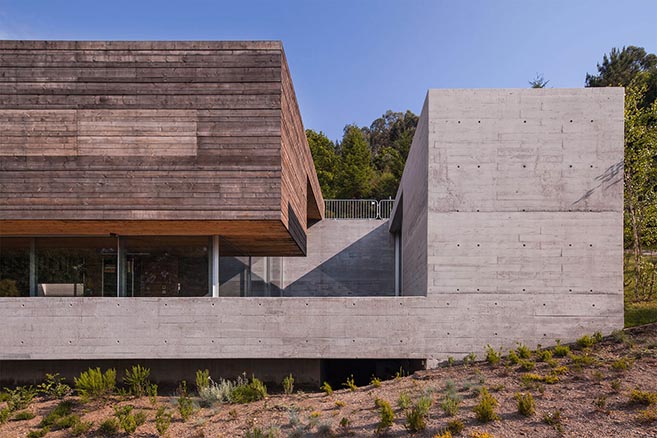 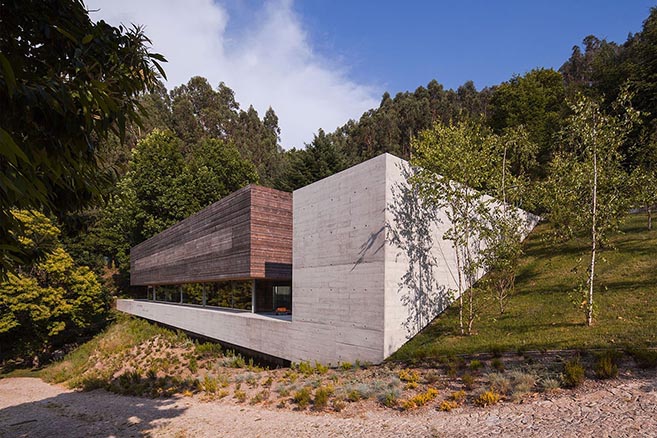 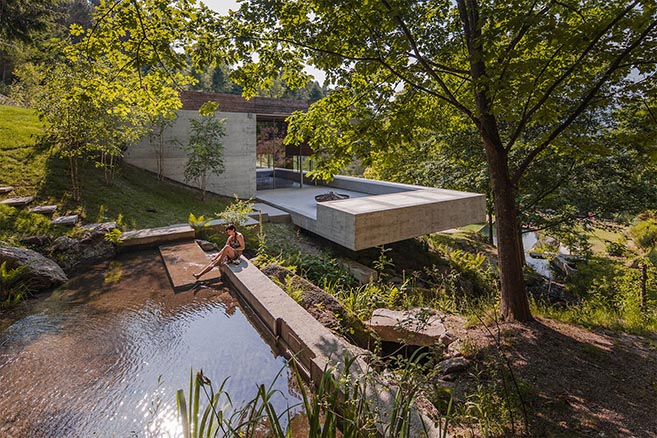 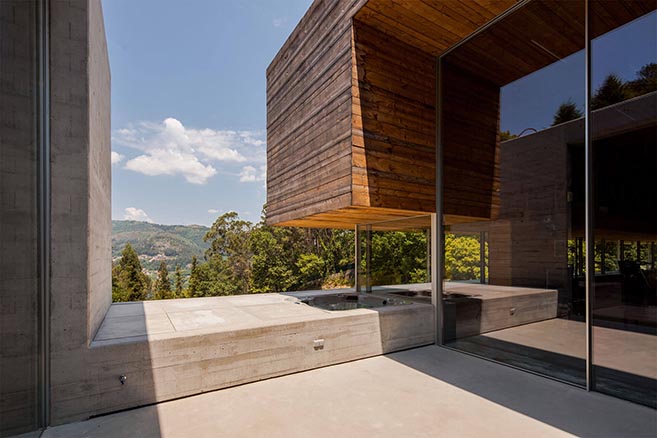 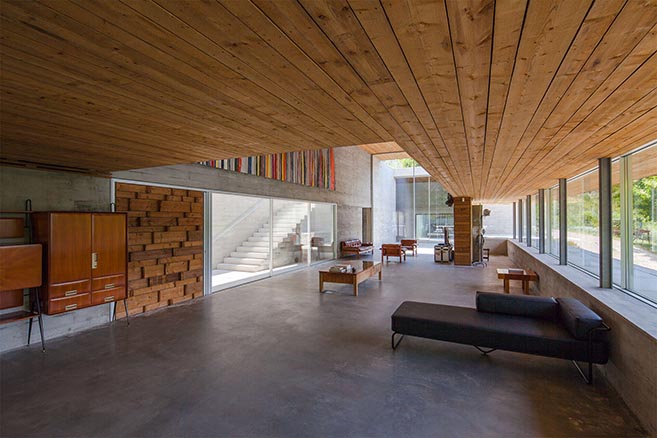 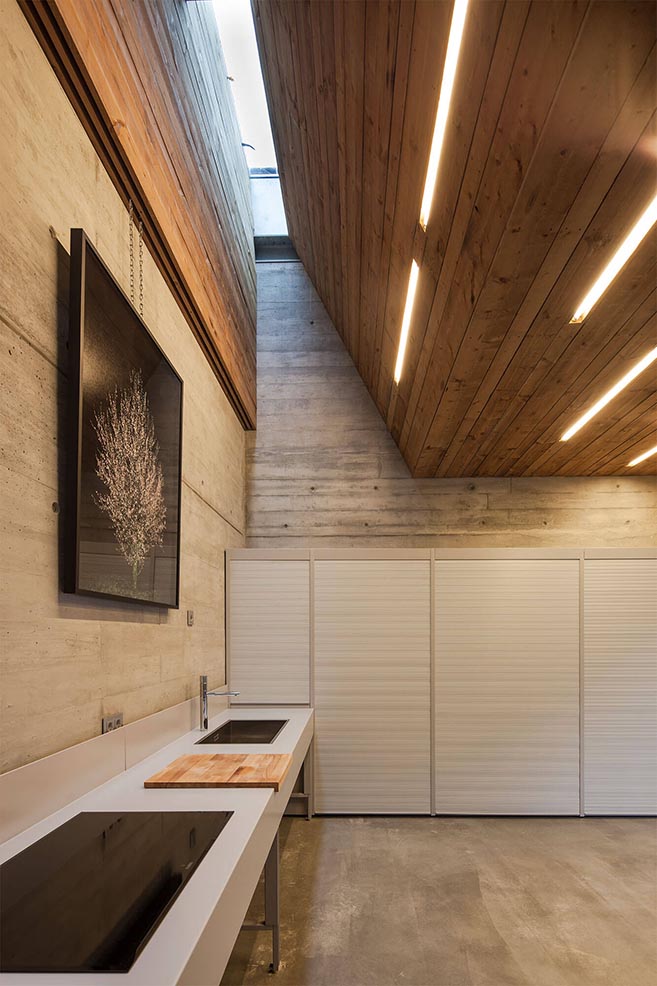 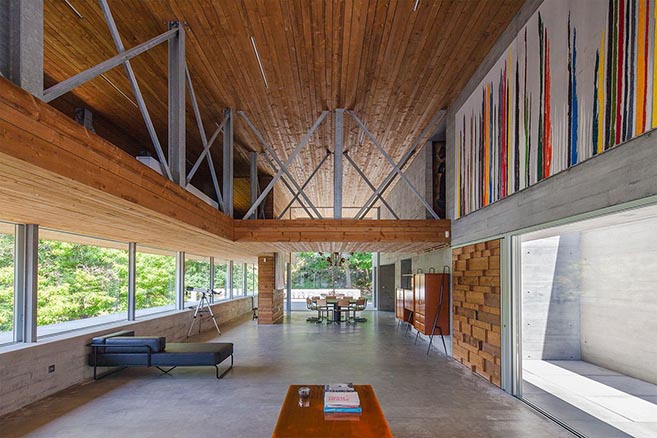 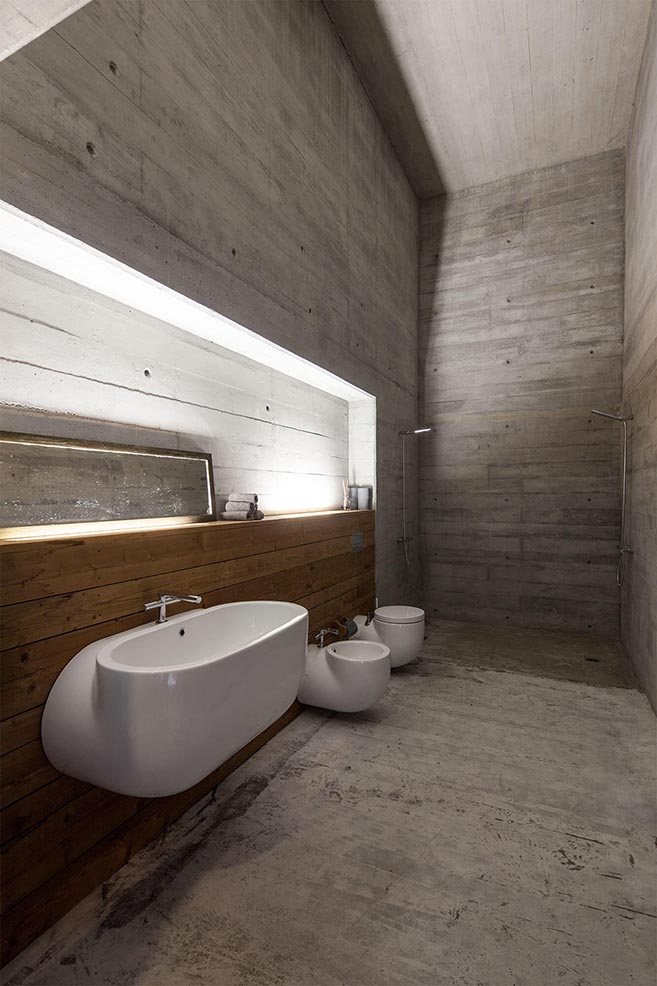 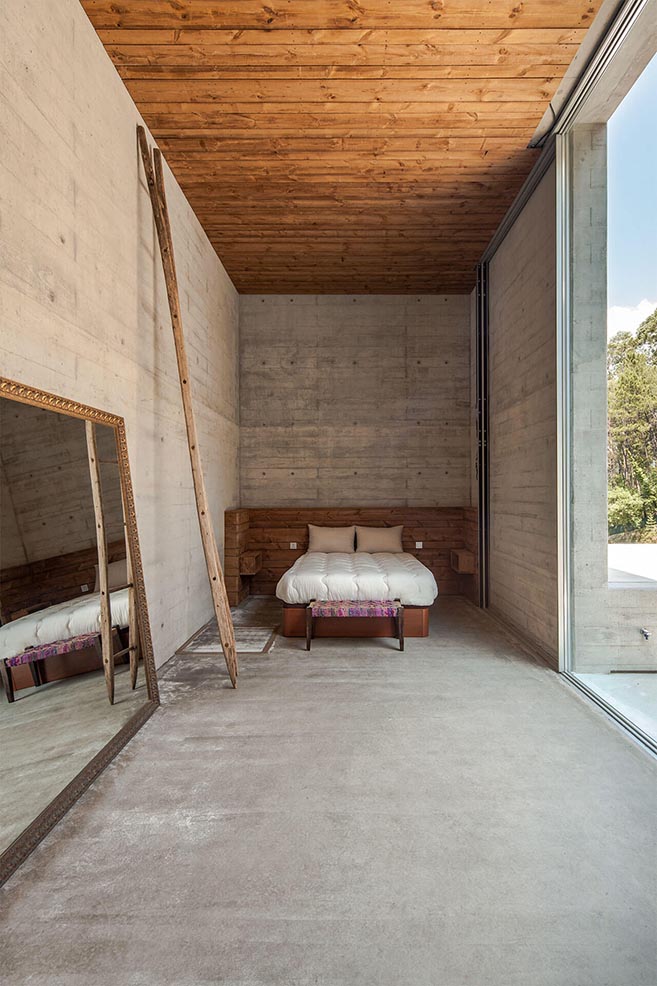 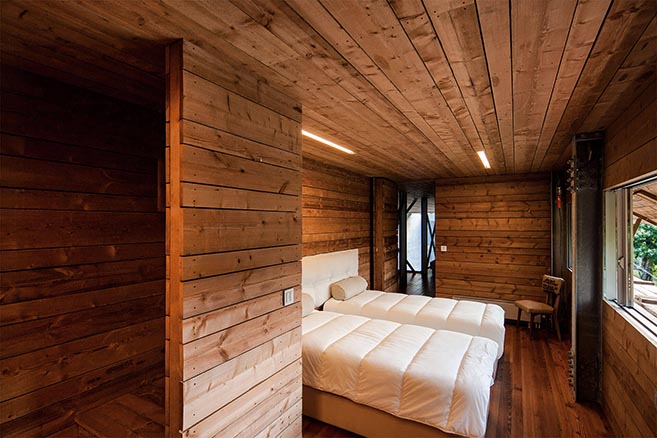 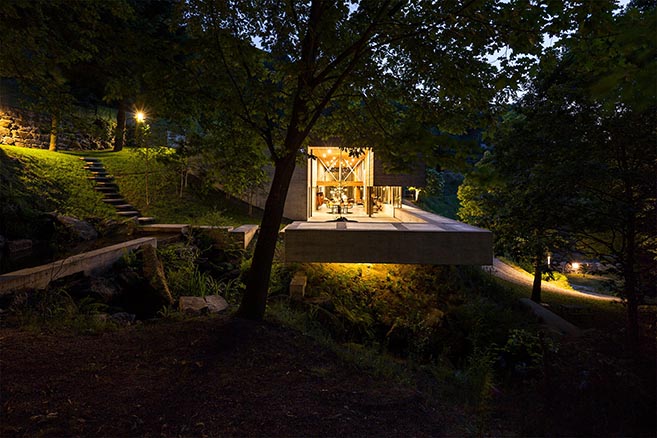 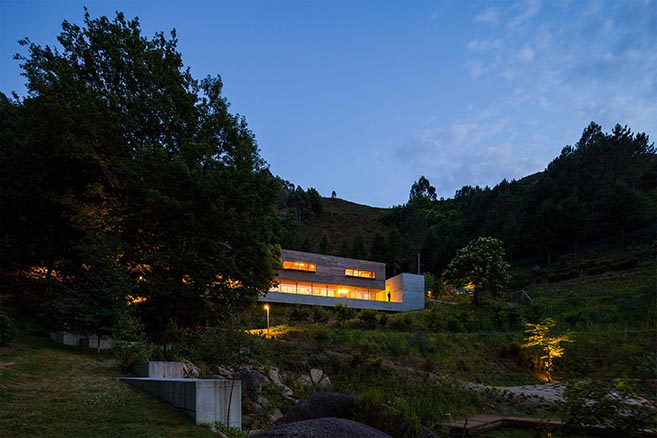 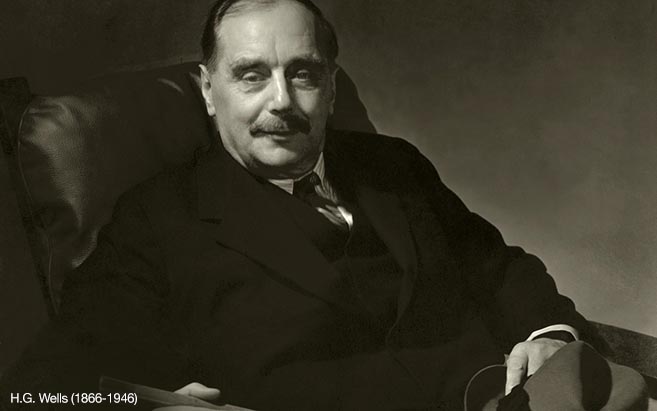 Previous post:
Watch Trailer For New “Long Island Medium” & Get Chills From One Woman’s Brush With The Afterlife Next Post:
BBC Doc Proves Jesus Was A Buddhist Monk Named Issa Who Spent 16+ Years In India & Tibet