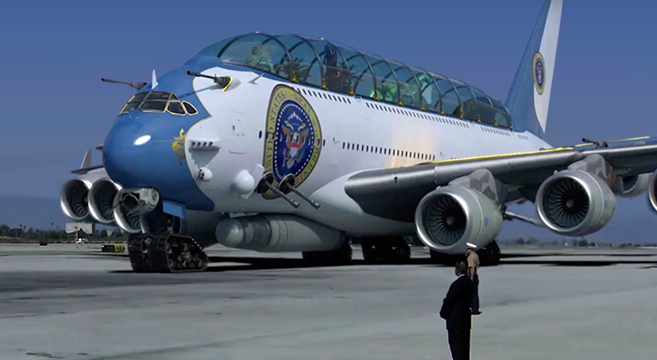 The next time Sigourney Weaver steps on set in the role of Ripley for the latest instalment of ALIEN, it will be under the eye of director Neill Blomkamp (Elysium, District 9). The film is still in its earliest development phase, but Weaver gave eager fans an update in a July 2016 interview with Entertainment Weekly. “It’s a great story and it’s satisfying to me to give this woman an ending,” says Weaver. “The script itself has so much in it that’s so original, but also really satisfies the, I would say, the primal needs of the aliens. It’s a tribute to all of the great work that the other directors have done, in a way, but goes in a completely new direction. I hope we’ll do it.” Although Blomkamp is busy bringing the as-yet-untitled ALIEN project to life, he’s still got enough time to bring some fictitious flare to the upcoming Donald Trump presidency. He recently had his special effects team whip up some sample shots of Trump’s revamped Air Force One and motorcade. You can see both videos below, as well as the now ominous Darth Trump video. When you think about it, it’s perfectly fitting to connect Trump to the ALIEN franchise. Just as the Facehugger needs a host body to birth the alien, Trump needs a host party to birth his own nightmare.
. 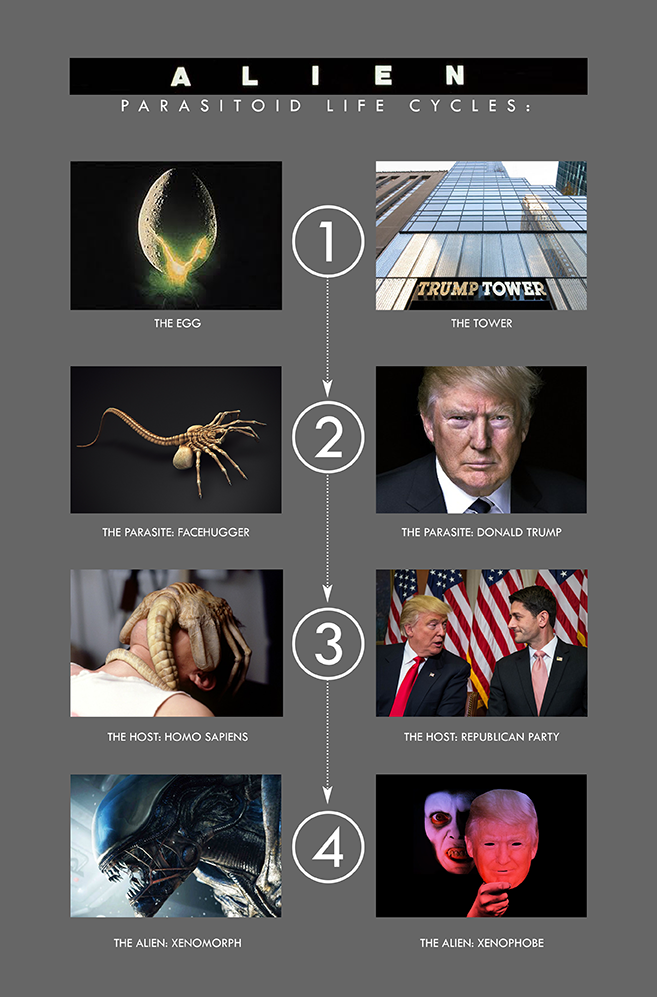