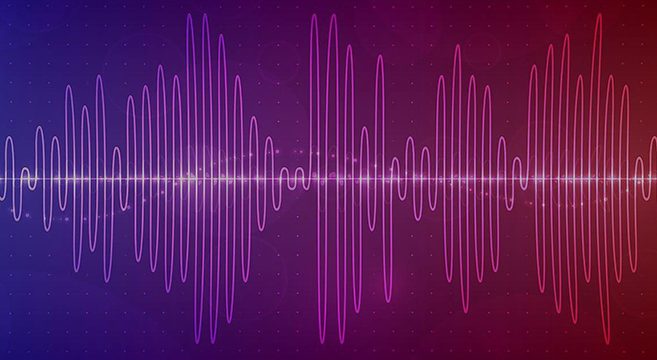 If you thought software development reached “peek spookiness” last year when Washington University researchers unveiled their facial-mimicking software that can resurrect dead people and create 3D models of people saying things that came from someone else’s voice — well, you might want to sit down. Adobe has unveiled their new Project VoCo which can replicate anyone’s voice — and even create new original speech — with as little as 20 minutes of a person’s recorded voice.

Once a digital “map” is made of someone’s voice, you can type a phrase and the software will spit out the original speech in that person’s voice. “When recording voiceovers, dialog, and narration, people would often like to change or insert a word or a few words due to either a mistake they made or simply because they would like to change part of the narrative,” reads an official Adobe statement. “We have developed a technology called Project VoCo in which you can simply type in the word or words that you would like to change or insert into the voiceover. The algorithm does the rest and makes it sound like the original speaker said those words.” Essentially, it’s like Photoshop for audio.

Adobe has not yet said if it will make the software available for commercial release, but you can bet if they ever do it will change the world of media and entertainment forever. The possibilities are infinite and run the gamut from awesome to terrifying. Sure, it might seem fun to digitally recreate a friend’s voice and make them say silly things, but in the wrong hands this kind of software could cause unspeakable harm. (Source: FACT, The Verge)
.

Previous post:
Watch How To Decode The Male Brain & Learn The #1 Mistake Mothers Of Newborns Make With Their Hubby Next Post:
Hunting Linked To Psychosexual Inadequacy & The 5 Phases Of A Hunter’s Life Of Sexual Frustration