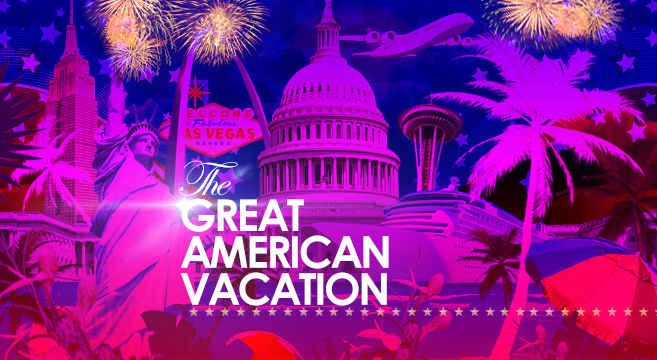 The toxic dark arts of politics have never been more at play than they have been during the 2016 presidential election, and no one has paid a bigger price than the average American voter. From the never-ending onslaught of vicious smear campaigns, to the venomous attack ads and guttural mud-slinging, to Donald Trump’s endless demonstrations of why he is the most despicable human being to ever run for president — the growing weight of this election nightmare continues to be carried on the backs of innocent Americans who never asked to be part of such a mess.

In the same way the vitriol of the recent presidential town hall was partly mitigated by one audience member who asked Clinton and Trump to “name one positive thing you respect in one another?” — Americans are in dire need of a major offering of good will from Congress in order to heal from the nastiest election season in history. What I propose is this: when Congress meets for its next session, it must pass legislation that would give each American one month of paid vacation as a gesture of good will for the burden of having to live through the tortuous 2016 presidential election campaign. It will be known as the Great American Vacation Bill.

These 30 days of paid vacation could be used all at once, or scattered over the next twelve months at will. For instance: a grand ol’ 30-day vacation, or a total of 7 four-day vacations plus 1 two-day vacation, or 10 three-day vacations, etc. How could this be accomplished, you might ask? There are plenty of ways Congress could pay for such a bill. Hotels, gas stations, airlines, restaurants, and recreational equipment manufacturers would be given tax breaks at efile when each vacationer cashes in part of their vacation voucher. Employers would also be given the same tax breaks by subsidizing their employees’ time off. After all, if Donald Trump and other failed members of the 1% can get away with “carried interest” tax-dodging, then it’s high time Congress shared the wealth for the rest of America with a similar break.

State and national parks would experience a renaissance, as would beach resorts, cities, cruise lines, road-tripping, and cultural centers. And Americans could also open their own homes to fellow vacationers in the most extraordinary exchange program in American history. Can you think of a better way to heal the divide? In much the same way a national infrastructure program provides a boost to the economy, the Great American Vacation Bill would also lead to more jobs, more spending, and most importantly — a desperately needed period of national healing.

Time heals all wounds, of course, but my biggest fear of this election is that it may have caused a national trauma so deep and bloody as to require emergency treatment. Native American wisdom holds the belief that trauma is passed down from generation to generation, and that the deepest of traumas can take upwards of four generations to be flushed out. In this regard, the Great American Vacation Bill might be the only hope America has at recovering as quickly as possible from the darkest chapter in U.S. election history, and to get itself out of the darkness and back into the light once and for all. You can contact your own member of Congress by visiting House.gov, and use the hashtag #AmericanVacationBill.
.

In order for America to heal from the vitriol of the 2016 election, Congress must pass a bill that gives each American 30 days of paid vacation. Read the full story in the link in my bio. #AmericanVacationBill