The Mindblowing River In Argentina That Flows Sideways, Came From The Ice Age & Swallows Everything

Nestled in the northeastern appendage of Argentina, right alongside its border with Brazil, are the Mocona Falls, one of Argentina’s most extraordinary natural wonders. Appearing to defy logic, the river that divides the two countries in this area was formed when a canyon cracked opened up during the Ice Age. What you can’t see in the photos is the canyon itself — it’s approximately 15%-30% the width of the river (depending on the location) and is 320-feet deep. The resulting waterfall is believed to be the only waterfall in the world that runs parallel to a river instead of perpendicular. Because of runoff periods, the waterfall is visible during the wettest 250 days of the year, and the waterfalls can be as tall at 40-feet in some spots. And in case you were wondering, the word Mocona tranlsates to “swallows everything.” You can find information on how to tour the river at WelcomeArgentina.com. While you’re there you need to visit the small town of El Soberbio as well. You can get all the info at WelcomeArgentina.com as well. (Photos by Leondro Kibisz, and Ministerio de Turismo on Flickr). 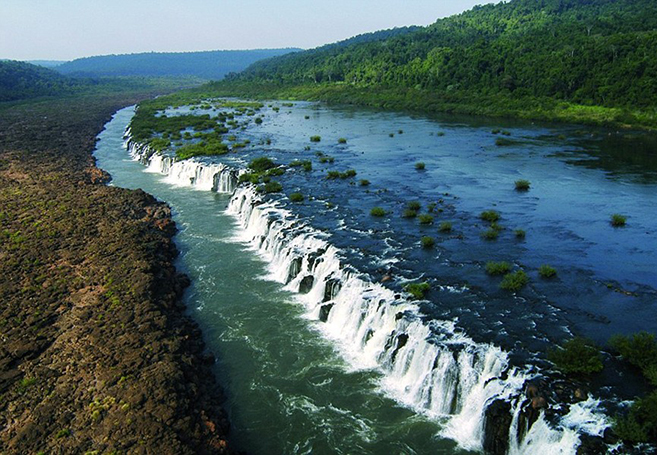 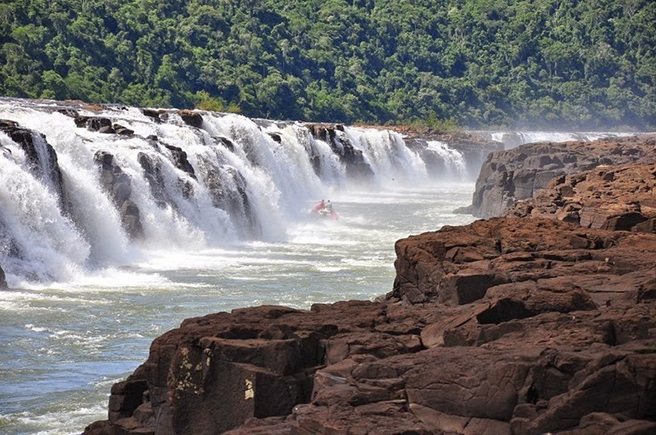 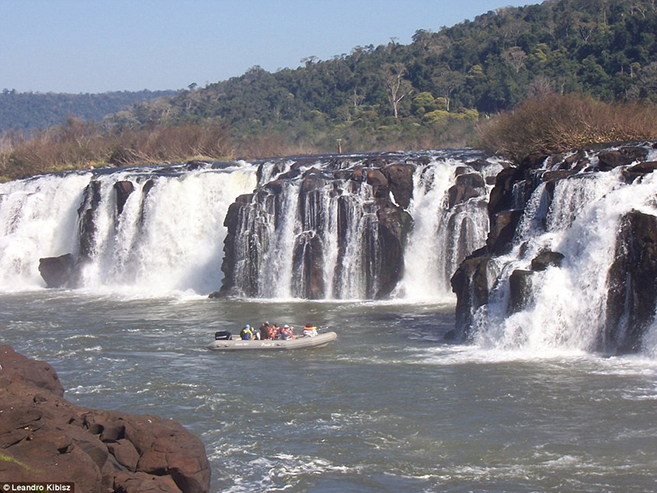 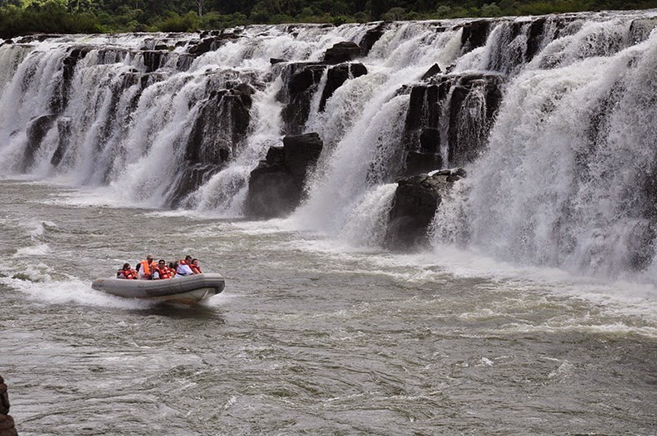 Previous post:
This Japanese Island’s Population Was Crashing, Then Everything Changed When They Filled It With Art Next Post:
America’s Northeast Corridor Getting A Fleet Of New High-Speed “Tilting” Trains Using Existing Rails