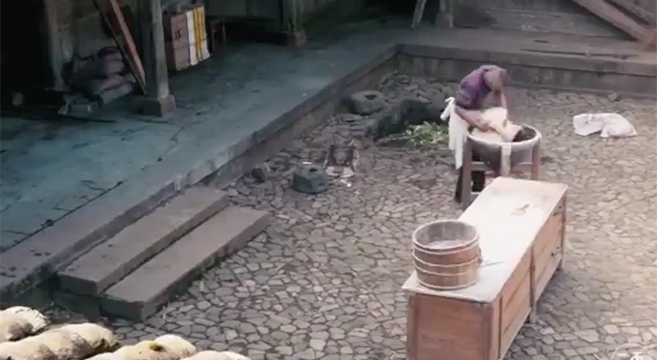 By the time I finished watching this video my mouth was drooling. Courtesy of the team at Crazy China, a Facebook page devoted to “Funny and crazy videos and pictures from the land of the impossible,” this newest video gives us a glimpse behind-the-scenes of the traditional and ancient method of how Chinese noodles are made. Wikipedia writes, “The earliest written record of noodles is from a book dated to the Han dynasty (206 BC – 220 AD). Noodles, often made from wheat dough, became a prominent staple of food during the Han dynasty, and during the Song dynasty (960–1279) noodle shops were very popular in the cities, and remained open all night. ” And from a little further to the East, I’ve also attached a second video courtesy of Akita Shurui Seizoh which demonstrates how traditional Japanese rice wine (sake) is made. Akita Shurui Seizoh is a small family brewery dating back to 1656. And FYI: the tradition of making sake is older than the Japanese language itself.