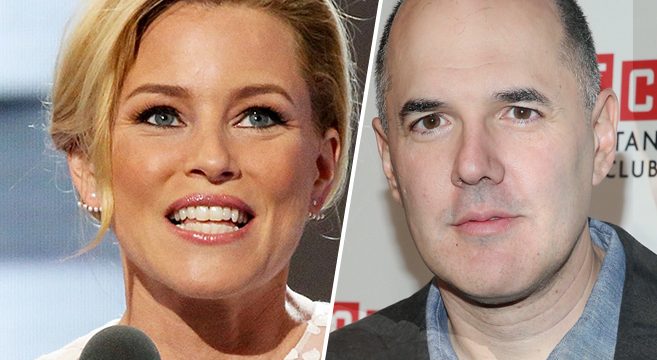 Elizabeth Banks has become one of the biggest talents in Hollywood thanks to her winning combination of talent and brilliant choices — her most recent of which is grabbing headlines this morning. In a written statement, Banks and Sony have announced they are bringing Pulitzer Prize-winning playwright, David Auburn, onboard the studio’s highly anticipated reboot of Charlie’s Angels. “I’ve been a fan of David’s since seeing Proof on Broadway,” says Banks. “His ability to create three new dynamic yet grounded Angels is very exciting.”

The Hollywood Reporter‘s Tatiana Siegel writes, “The highbrow Proof writer might seem an odd choice to tackle a franchise that began as a TV showcase for bikini-clad detectives in the 1970s, but the move is strategic on the part of Sony and Banks, who are looking to the dramatist to create rich, fully developed characters and not just pretty faces plugged into action.” Auburn himself says, “Elizabeth Banks is one of the smartest people I’ve ever met, in or out of show business, and I am thrilled to be working with her on a reinvented Charlie’s Angels that’s grounded, edgy, subversive, smart and fun.” The revamped Angels will feature a brand new cast, and will stay true to the original structure of three women private detectives, made famous in the series which premiered in September 1976 and ran until June 1981.

Previous post:
The Women On Top Theory: When Women Reach 20-30% Of Institutional Power, Progress Always Skyrockets Next Post:
The Smithsonian Is Hiring A Beer Expert, Will Pay Salary Of $65,000 With Benefits To Travel & Drink