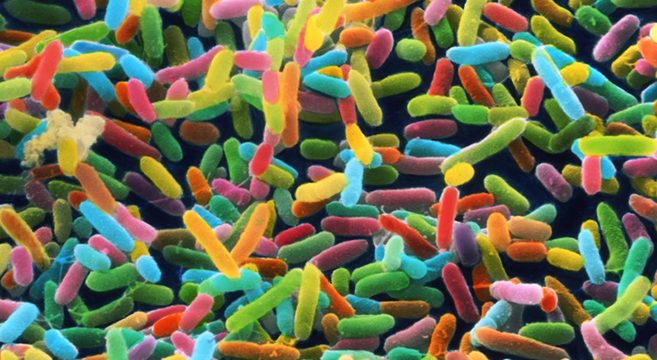 Scientists have a nickname for your gut — they call it your “second brain.” In fact, your gut’s microbiome (i.e. your unique cross section of healthy bacteria) is so fundamental to your physical and mental health, many experts want it classified as an organ in and of itself. The function of your gut goes far beyond the digestion of food — it’s nicknamed your second brain because of its powerful impact on your mood and your brain’s overall function.

Adding to the mountain of proof is a fascinating discovery from Northeastern University in Boston. Researchers there learned while observing a newly discovered gut bacteria named KLE1738, that this one bacteria in particular could only grow if the brain chemical GABA was nearby. All other food/energy sources were of zero interest to KLE1738. The findings were unveiled at the annual meeting of the American Society for Microbiology in Boston last month.

As New Scientist explains, “GABA acts by inhibiting signals from nerve cells, calming down the activity of the brain, so it’s surprising to learn that a gut bacterium needs it to grow and reproduce. Having abnormally low levels of GABA is linked to depression and mood disorders, and this finding adds to growing evidence that our gut bacteria may affect our brains.” (Photo courtesy of ED Bites)

SEE ALSO: The WOW Files: Incredible Video Shows You The 4 Foods That Are Destroying The Balance In Your Gut
SEE ALSO: Anxiety, Depression & Autism 100% Linked To Gut-Brain Axis And An Abnormal Microbiome In Intestines
.