Director Alex Gibney (Going Clear: Scientology And The Prison Of Belief, Taxi To The Dark Side) recently sat down with Charlie Rose to discuss his cringeworthy new documentary, Zero Days. The film chronicles the terrifying rise of cyber warfare and the unfathomable danger it has the potential to unleash. In an interview with Motherboard, Gibney says, “The reason I wanted to tell [this story] is not simply because it’s a cool spy story. It’s because we as a nation need to have a debate about how we want to use cyber weapons because we are the most vulnerable nation ourselves.” Visit ZeroDaysFilm.com to learn more.
. 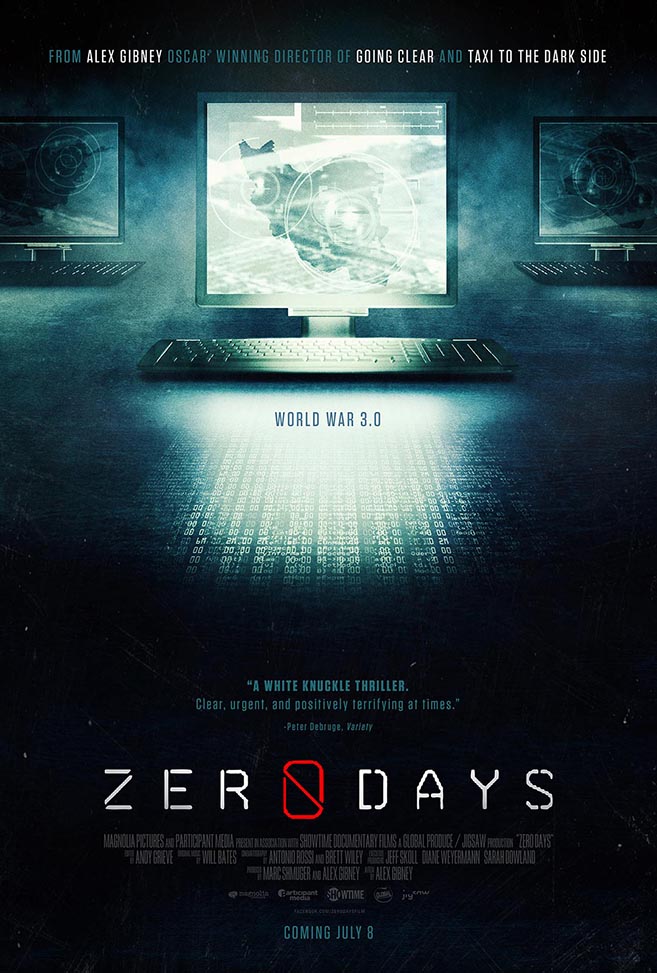