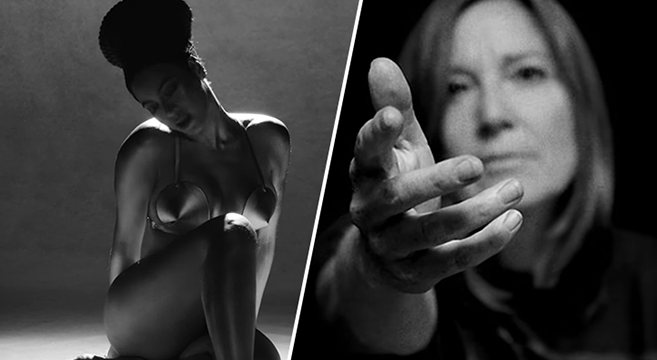 Earlier today, legendary U.K. trip hop trio, PORTISHEAD, released a powerful music video cover of ABBA’s “S.O.S.” The video closes with a tribute to slain British politician, Jo Cox, who was murdered by a far-right extremist last week. Her widower, Brendan Cox, tells the BBC: ” ‘She was a politician and she had very strong political views and I believe was she killed because of those views. I think she died because of them and she would want to stand up for those in death as much as she did in life. I don’t want people ascribing views to her that she didn’t have but I certainly want to continue to fight for the legacy and for the politics and the views she espoused. Because they were what she was, she died for them and we definitely want to make sure that we continue to fight for them.’ “

The BBC adds, “The Labour MP, who was a Remain supporter, was concerned about the conduct of the referendum on EU membership and the direction of political debate in general, he said. ‘She completely respected that people could disagree for very good reason,’ says Cox. ‘But more about the tone of whipping up fears and whipping up hatred potentially. I think the EU referendum has created a more heightened environment for it but actually it also pre-existed that. It’s something that’s happened over the last few years I think and again not just in the UK but globally.’ ” PORTISHEAD’s video for “S.O.S.” closes with one of Jo Cox’s quotes: “We have more in common than which divides us,” along with the hashtag #MoreInCommon.

And in a completely different, more personal struggle, Beyoncé released her video for “Sorry” earlier today as well. The song details the struggles she faced when she learned her husband had betrayed her and her daughter by cheating with another woman. It’s a tour-de-force video and you can watch it below.
.

Previous post:
Watch The Very First Trailer For Sarah Jessica Parker’s New HBO Comedy Series “Divorce” Next Post:
Most Cited Legal Scholar In U.S. Talks To Charlie About His Book “The World According To Star Wars”