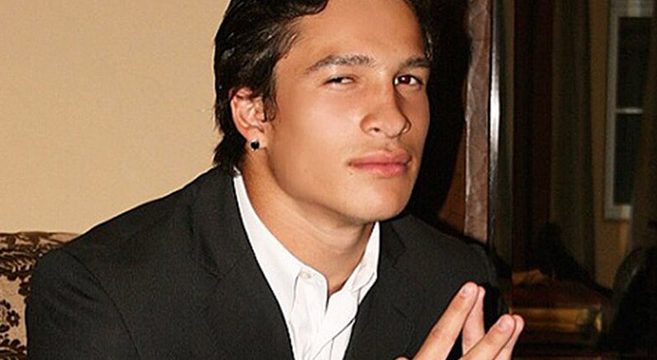 He’s only 17-years-old, yet Muhammad Ali’s grandson is about to become one of the most famous male models in the world. Biaggio Ali Walsh, who also happens to be somewhat of a football star at Bishop Gorman High School in Las Vegas, announced on June 13 via Twitter that he’s signed with Wilhelmina Models. “He has a great look,” a Wilhelmina agent told TMZ. “He’s a well-rounded person. That’s what we look for.” Wilhelmina also represents celebrities including Demi Lovato, Shawn Mendes, Nick Jonas, and many others. Walsh is a three-star high school football running in high demand by multiple colleges, reports USA Today. According to Heavy.com, Walsh has been offered no less than 10 scholarships. Looks like that football career might be on permanent pause. Biaggio’s mother is Rasheda Ali Walsh (born 1970), who met her husband, chef and restaurateur, Robert Walsh, in 1991. The couple own and operate numerous restaurants across the United States. You can learn much more about Biaggio, his younger brother Nico, and the entire Walsh family HERE. (Photos courtesy of Biaggio Ali Walsh on Instagram)
.

So excited that I signed with Wilhelmina Models! Thank you and I’m excited to work with you guys! @Wilhelmina