Hallett Nature Sanctuary in New York’s Central Park is now open for the first time since being closed in 1934. ns after a 15-year revamp, part of a $40 million Central Park revitalization project, reports CBS News correspondent Michelle Miller. “I think it is unusual to be in Midtown Manhattan and have a natural area that is accessible,” said Lisa Kozlowski, the senior zone gardener, in an interview with CBS This Morning. After decades of neglect, the four-acre habitat was overtaken by weeds, vines and vegetation after it was closed to the public. The original trails were practically impassable. The sanctuary was closed in 1934 by then NYC Parks Commissioner Robert Moses, who wanted to make it a bird refuge. It was forgotten until the Central Park conservancy started renovations in 2001. For more details on how you can visit the sanctuary go to CentralParkNYC.org. (Photo via CentralParkNYC.org)
. 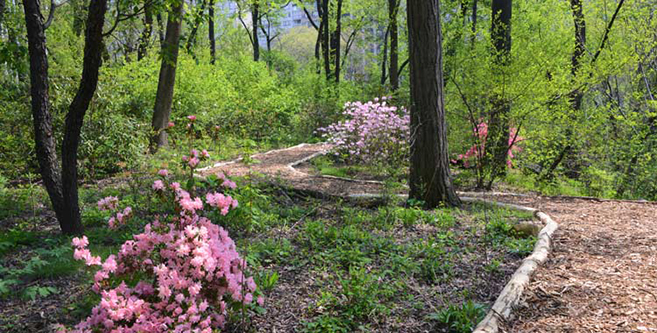 Previous post:
Watch NASA’s Cinematic SDO Observatory Timelapse Of Mercury’s Transit Past The Sun Yesterday Next Post:
Fascinating Video Essay “How Does An Editor Think & Feel?” Explores How Editors Knows When To Cut