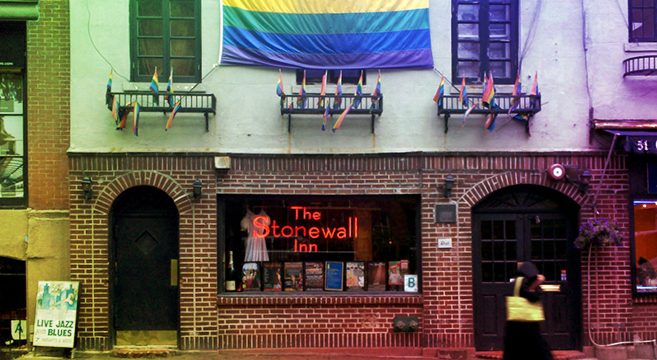 According to sources with the Associated Press, President Obama is finalizing plans to enshrine New York’s iconic Stonewall Inn as the very first national monument in the United States dedicated to gay rights. Josh Lederman of AP writes, “The tavern in Greenwich Village was the site of a 1969 uprising widely viewed as the start of the gay rights movement. Proposals being considered would cover a small park on the street where the bar is located and the surrounding area. The Interior Department says Interior Secretary Sally Jewell and the head of the National Park Service will travel to New York for a public meeting on the proposals Monday. The Washington Post first reported the meeting. The White House declined to comment.”

The federal dedication could happen quite quickly. According to New York magazine, “City officials are still looking into the land’s title, but barring any complications, Stonewall should be declared a national monument as early as next month — just in time for Pride Month and New York City’s famous parade.”

And Les Fabian Brathwaite of OUT adds, “Last year, the Stonewall Inn was declared a New York City landmark, the first site in the city designated a landmark because of its significance in LGBT history. It was previously declared a National Historic Landmark in 2000.” (Photo credit: Matt Green on Flickr)
.