Directed by John Lee Hancock and written by Robert D. Siegel, The Founder stars Michael Keaton as McDonald’s tycoon Ray Kroc (1902-1984), and tells the true story of how the Illinois salesman met Mac and Dick McDonald who operated a small hamburger joint in southern California in the 1950s. Kroc managed to outmaneuver the brothers and take control of the business when he purchased it for $2.7 million in 1961, eventually turning it into a global empire. As of May 2015, Forbes ranks McDonald’s as the 6th most valuable brand in the world, with a market capitalization of $92.5 billion; 420,000 employees; and annual sales of $27.44 billion. The Founder is set for release on August 5, 2016. (source: The Playlist)
. 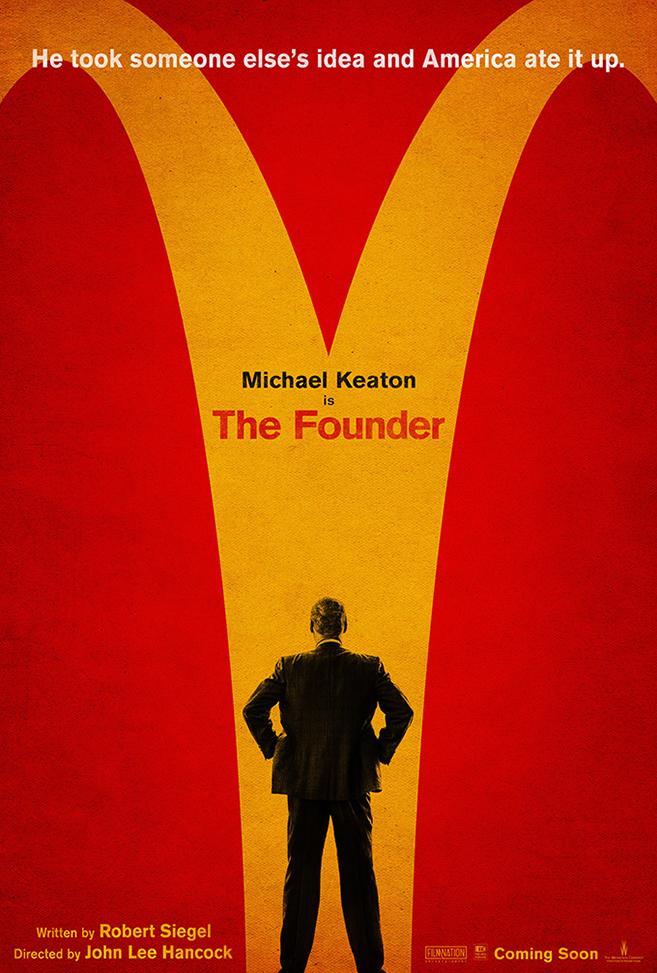 Previous post:
TV’s Misogynist Dark Side: Disney & ABC’s Sleazy Treatment Of Kelly Ripa Is A Call To Arms For Women Next Post:
Watch Ella Fitzgerald & Mel Tormé Explain The Meaning Of Jazz In Under 3 Minutes At 1976 Grammys