In 2016, Adam and Jamie hung up their lab coats and light sabers, ending their time at the helm of MythBusters, one of the most successful reality shows in TV history. However, there’s still a love of busting myths out there and plenty of people with the unflappable curiosity to try it. That’s why the Science Channel is looking for the next generation of myth-busting superstars with mind-blowing build skills and nerves of steel to host MythBusters‘ exciting new spinoff series. If you have science smarts and passion you could be a great candidate for the search! If you would like to submit an application to participate in the new reality TV competition Search For The Next MythBusters (where the grand prize will be the job of hosting the new MythBusters series) then be sure to visit the casting page at ScienceChannel.com to apply.

The Hollywood Reporter writes: “Search For The Next MythBusters will focus on finding an ‘all-new generation of myth-busting science superstars with mind-blowing build skills and nerves of steel.’ It will involve both social media and stunts as it tests a cast of hopefuls on their skills as they compete in various challenges … Science Channel is inviting viewers to submit videos. Ideal candidates are ‘people who have building skills and are naturally inquisitive,’ [says Mark Etkind, general manager of the Science Channel]. ‘People who don’t mind getting embarrassed a little bit, who ask lots of questions and have the skills and knowledge to put those to the test.’ The competition will start with 15 participants who look to solve challenges that include classic myths from the show as well as new myths. Hopefuls will be eliminated on each episode by a panel of judges — consisting of those who have been involved with MythBusters at some point over the years — until the final picks are made. Etkind says it could be one person or several people, depending on what happens.”

Once again, to complete your application for the show, simply head over to the casting page at ScienceChannel.com. (Photo credit: Daniel Terdiman/CNET)
. 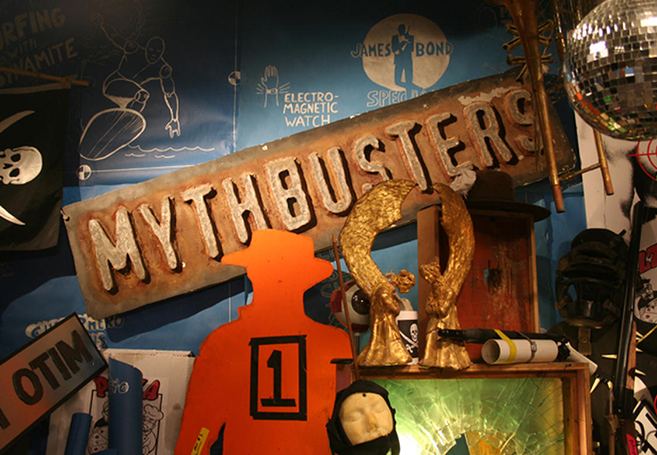