This 50-Year-Old, 20-Foot-Long Great White Shark Megasaurus Is The Biggest One Ever To Be Filmed

Measuring an insane 20-feet-long and approximately 50-years-old, this megasaurus great white shark is nicknamed Deep Blue and was filmed off the shores of Guadalupe Island in northwestern Baja California, Mexico (about 150 miles southwest of San Diego). Filmed by Mauricio Hoyos Padilla, the impressive beast boasts roughly the same girth as a hippo. Discovery writes: “Even though great white females are typically larger than males, they average just 15 to 16 feet (just under 5 m) in length. Deep Blue’s exceptional size, it turns out, is probably a combination of genetics and environment, experts say.” You can learn more about what makes Deep Blue so impressive by visiting Discovery.com.
. 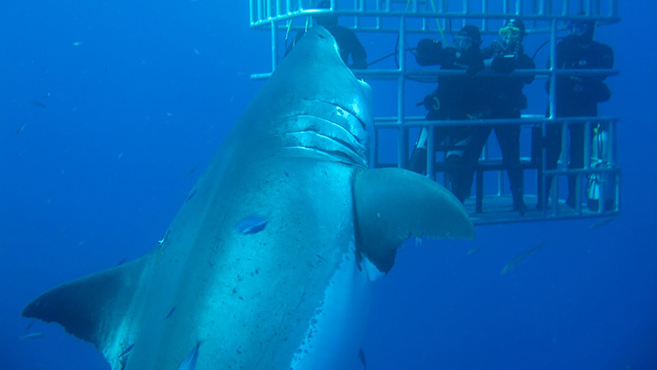 Previous post:
Listen To LOVE & RADIO’s Creepy Podcast On Ghost Stories, Featuring A Few That Might Stay With You Next Post:
Kelly Clarkson’s Powerfully Emotional Ballad About Her Deadbeat Father Brings Everyone To Tears