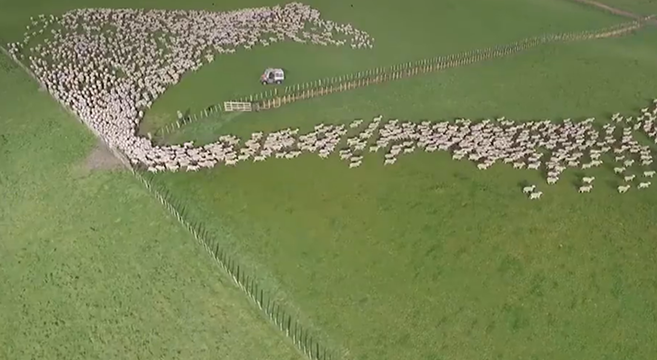 Our perception of the world around us when our feet are planted firmly on the ground is often far less spectacular than what we perceive when we’re high up in the sky. Take this drone footage, for instance, captured by a New Zealand farmer who was moving his sheep from one field into the next. It’s incredible how something so simple can become something so much more impressive simply by changing the viewing angle.

Posted by The Telegraph on Thursday, February 11, 2016

Previous post:
Watch Charlie Rose’s Fascinating Hour Special On The Neurobiology Of Parenting & Parental Behavior Next Post:
CBS This Morning Goes Behind The Scenes Of The NYTimes’ “Modern Love” Podcast & Its Creative Process