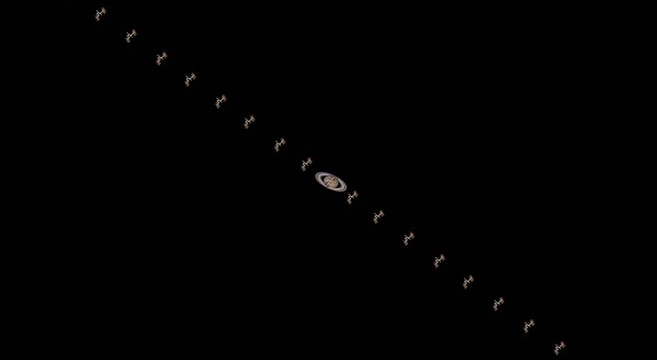 When it comes to telescopic images of the Universe we are pretty much spoiled brats. Each day we are blessed with more and more of these incredible photos of our galaxy and of those beyond, but because our cup runneth over we fail to realize the huge amount of painstaking work that goes into capturing these pictures. Take for instance this latest image of the International Space Station’s transit through Saturn. In order to get an image of the ISS perfectly aligned with Saturn a telescope would have to exist within a tiny 40m-wide path on the Earth’s surface. That’s exactly what astronomers in Dulmen, Germany were waiting for as they predicted the exact split-second moment their telescope would fall within that precise centerline. You can learn more about the extraordinary photo above, which was taken at 42 frames per second, by visiting NASA. The International Space Station is 1,140 kilometers away from the Earth’s surface (i.e. the distance between New York and Chicago), while Saturn is 1.6 billion kilometers away (the same distance you would travel if you drove around the Earth’s equator 40,000 times). When Saturn is close enough to the Earth it’s possible to see its rings with the naked eye. For all FEELguide stories related to Saturn visit Saturn on FEELguide. 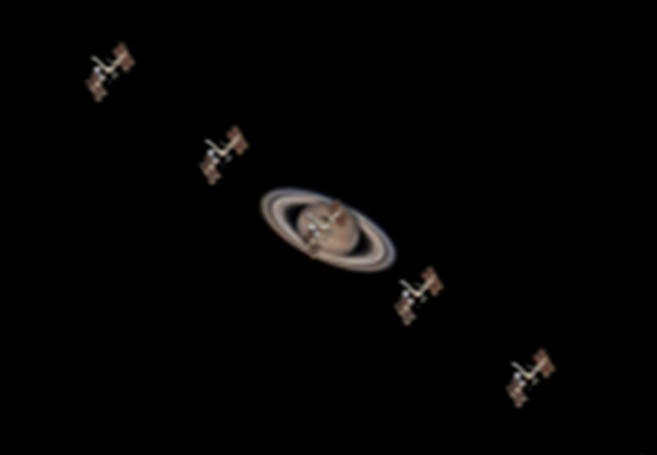