New York 1952. Carol is elegant, sophisticated, wealthy and married. Therese is just starting out in life, unsure of who she wants to be. A chance encounter in a Manhattan department store sparks an extraordinary friendship between these two women. Carol is caught in a bitter divorce and a custody battle for her daughter, but finds herself mesmerised by this mysterious, quiet beauty. Finding herself alone on Christmas Day, Carol invites Therese to escape on a spontaneous road trip into the heartland of America. It is during this magical journey that the two fall hopelessly and desperately in love. But this is 1952 and Carol is risking everything for this relationship that defies society’s conventions. Based on the best-selling novel by Patricia Highsmith, author of Strangers on a Train and The Talented Mr Ripley, Carol is a powerful romance fueled by the suspense, danger and exhilaration of forbidden love. Charlie Rose recently sat down with the film’s director, Todd Haynes, for a remarkable conversation about the film’s genesis, the emergence of new queer cinema in the early 1990s, and why love has nothing to do with gender at all. Carol has been nominated for 4 Golden Globes, and you can watch the telecast this coming Sunday, January 10th at 8pm ET on NBC. 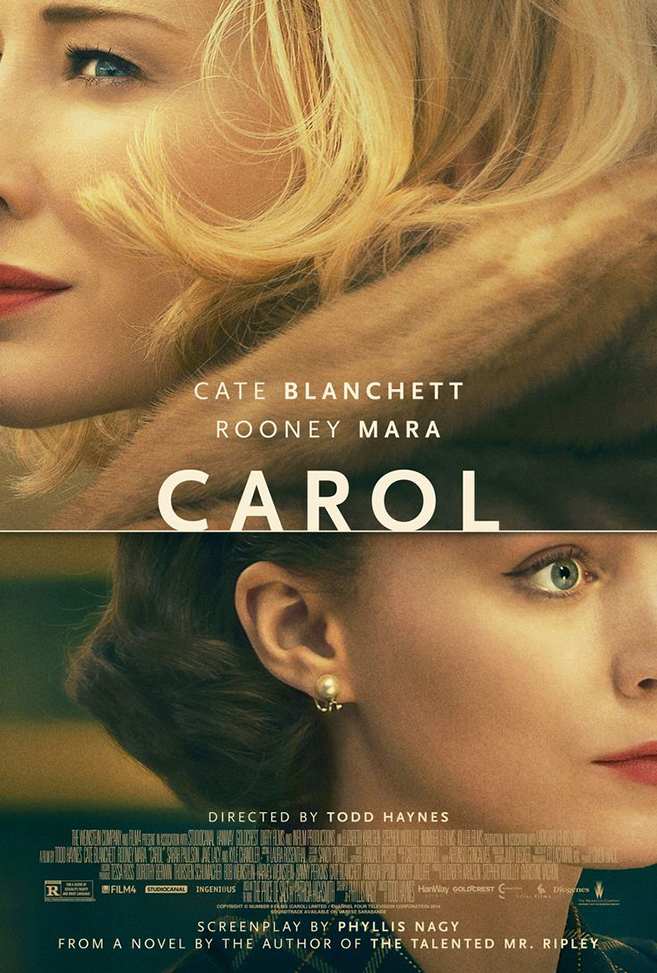