This week, the curtain goes up on the most anticipated movie of the year — STAR WARS: The Force Awakens. It’s the first new Star Wars in a decade and the first to be made without creator George Lucas. Three years ago, Lucas sold his empire to The Walt Disney Company for $4 billion. Enter J.J. Abrams, the director hand-picked to re-ignite the fan fervor — and who is under tremendous pressure to make sure Disney’s big bet pays off. He’s been called the Steven Spielberg of his generation and we learned Spielberg helped get him the job. When Abrams took 60 Minutes behind the scenes, they found a 49-year-old man fueled by a childlike enthusiasm for the magic of movies and a movie that’s going to hit some classic STAR WARS notes. You can watch the full report above and see all the 60 Minutes Overtime extras — including a behind-the-scenes look at John Williams recording the score six weeks ago, as well as an interview with Harrison Ford — on the right-hand sidebar at 60Minutes.com. (Image via Screen Rant) 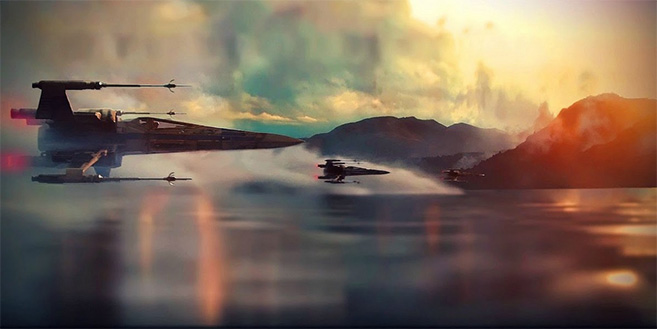 Previous post:
Watch Gloria Steinem’s Profound Interview With Charlie Rose On ISIS, World History & The Future Next Post:
Watch Jane Fonda’s Emotional “Note To Self” Where She Opens Up About Her 78-Year Life Journey