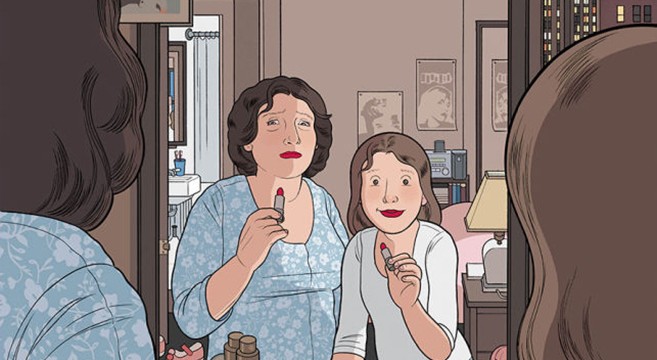 “The New Yorker is arguably the primary venue for complex contemporary fiction around, so I often wonder why the cover shouldn’t, at least every once in a while, also give it the old college try?” writes legendary artist Chris Ware. “In the past, the editors have generously let me test the patience of the magazine’s readership with experiments in narrative elongation: multiple simultaneous covers, foldouts, and connected comic strips within the issue. This week’s cover, Mirror, a collaboration between The New Yorker and the radio program This American Life, tries something similar. Earlier in the year, I asked Ira Glass (for whose 2007-2009 Showtime television show my friend John Kuramoto, d.b.a. ‘Phoobis,’ and I did two short cartoons) if he had any audio that might somehow be adapted, not only as a cover but also as an animation that could extend the space and especially the emotion of the usual New Yorker image. I knew that Ira was the right person to go to with this experiment in storytelling form, because he’s probably one of the few people alive making a living with a semiotics degree.” You can watch the stunning results below, and read the full story at NewYorker.com. 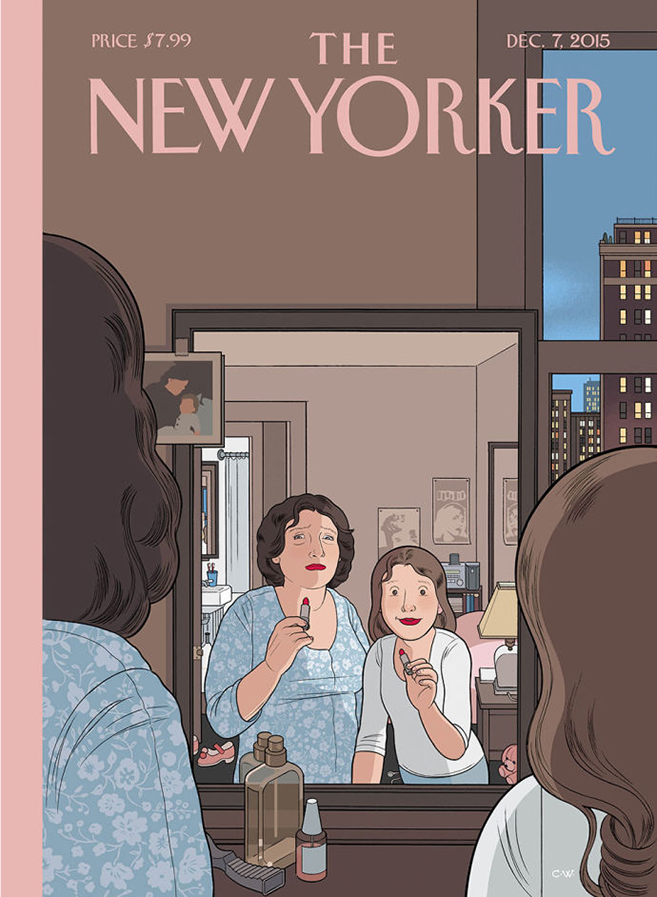 Previous post:
Teen Wolf Passion: Watch Tame Impala’s Surreal & Very NSFW Video For “The Less I Know The Better” Next Post:
United State Of Pop: Watch This Terrific Mashup Of The Top Of The Pops From 2015