Directed by Luca Guadagnino (I Am Love), A Bigger Splash earned a bounty of ★★★★★ reviews when it premiered at the Venice Film Festival a few weeks ago. A fresh and updated spin on Jacques Deray’s 1969 drama, La Piscine (which starred Alain Delon and his former girlfriend Romy Schneider), A Bigger Splash is very much an original work from Guadagnino who has added his own intriguing layers, details, and styling. The synopsis reads as follows: “Rock legend Marianne Lane (Tilda Swinton) is recuperating on the volcanic island of Pantelleria with her partner Paul (Matthias Schoenaerts) when iconoclast record producer and old flame Harry (Ralph Fiennes) unexpectedly arrives with his daughter Penelope (Dakota Johnson) and interrupts their holiday, bringing with him an A-bomb blast of delirious nostalgia from which there can be no rescue. A Bigger Splash is a sensuous portrait of laughter, desire, and rock and roll detonating into violence under the Mediterranean sun.” The Guardian writes: “As with I Am Love, Guadagnino has put together something utterly distinctive here, a cocktail of intense emotions, transcendent surroundings and unexpected detours. A real pleasure.” And The Telegraph writes: “In the dramatic stakes, the dining table comes a distant second to the swimming pool: a place to undress, bask, flirt, vie for attention, compete, cool off and burn. It’s a shimmering tank of romance, jealously and intrigue, and A Bigger Splash plunges into the deep end.” A Bigger Splash opens in North America on May 13, 2016. 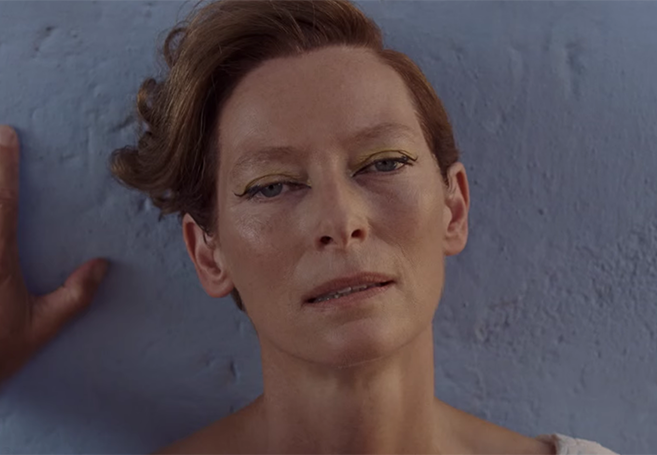 Previous post:
$20 Million Carbon XPRIZE Launched, Will Be Awarded To 2 Winning Designs Of C02-Capturing Systems Next Post:
The Q Continuum: Largest Simulation Of The Cosmos Ever Undertaken Reveals Spectacular Images